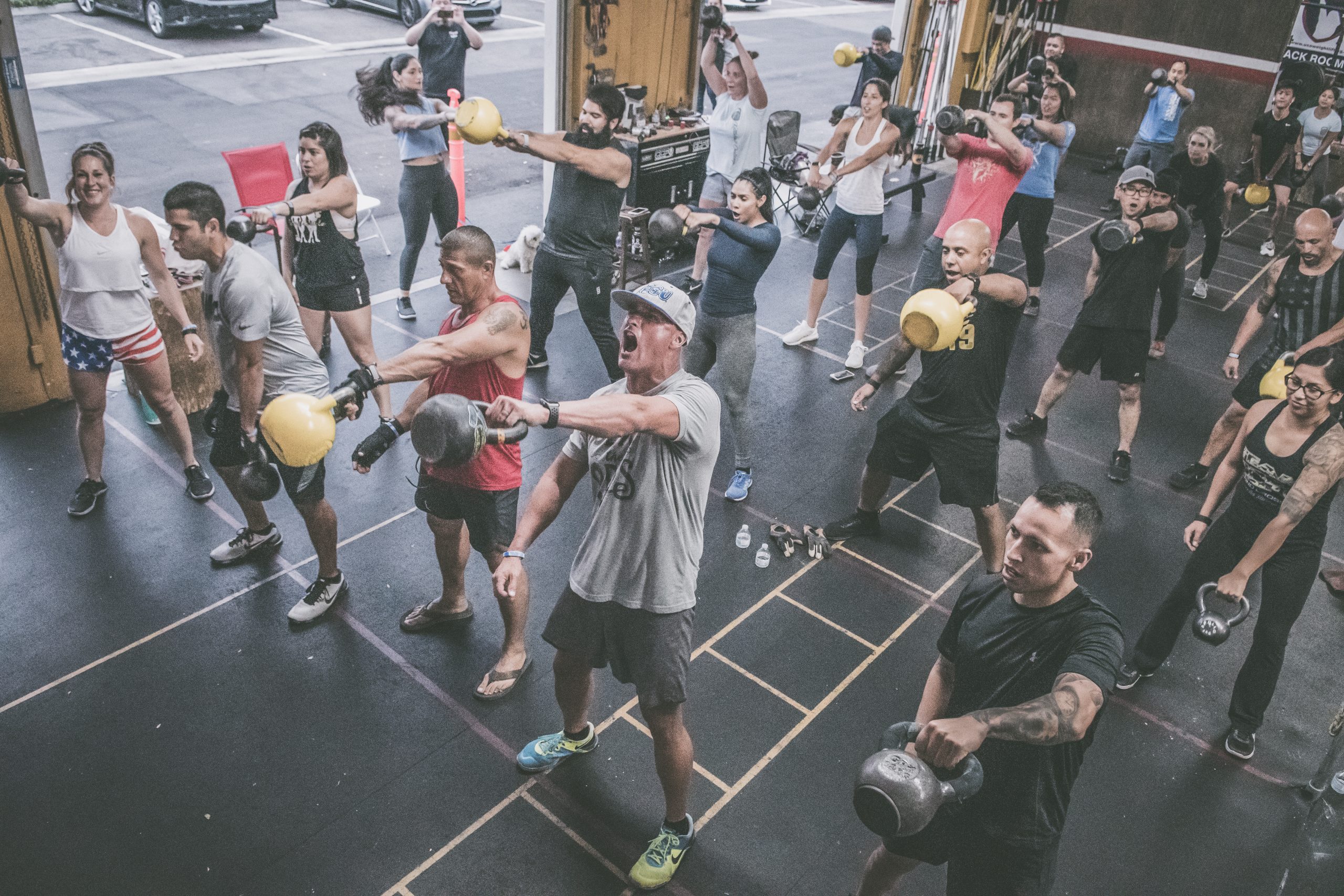 Battling cancer is one of the most challenging fights a person can face. But for Chino CrossFit’s Matthew Olson, the fight—and the victory—were just the beginning.

After a battle with Hodgkin’s Lymphoma, Olson successfully beat cancer and went into remission in July 2018. But once the battle was won, Olson struggled with what to do next. “There was a point I felt lost after I was told I was in remission. My biggest struggle was finding who I am—after,” says Olson. “Because you put everything into going through the fight. Every ounce of energy is just put into never ever giving up. But now you’re done. What do you do next?”

Inspired by the support he received during his own cancer journey, Olson wanted to find a way to give back to others who are struggling—and he called upon his CrossFit community to help him pay it forward with the 24-Hour Kettlebell Challenge.

The 24-Hour Kettlebell Challenge was a fundraiser the NEGU Jessie Rees Foundation, an organization that provides support for children and families struggling with pediatric cancer. Their mission is “helping every kid fighting cancer to never, ever give up”—which is inspired by their founder, Jessie Rees.

Jessie Rees passed away from a brain tumor in 2012—but before she passed, she helped thousands of children battling cancer with her JoyJars, specialized care packages to help children with pediatric cancer feel loved, supported, and less alone. Today, Jessie’s legacy lives on through her organization—which, to date, has sent over 260,000 JoyJars to children and hospitals.

Olson found inspiration in Jessie’s journey—and her ability to find a greater purpose in her battle with cancer.

“If something doesn’t work out, [you want to know] that you did everything you could to leave a good legacy—and that’s why I love Jessie,” says Olson. “Before she went, she left something so special behind to help other people”—and inspired Olson to do the same.

“If something doesn’t work out, [you want to know] that you did everything you could to leave a good legacy.”

“I wanted to do something everyone could do,” says Olson. “There will be kids here today, 3 years old, who will swing a kettlebell. We had a lady in here, she was 77-years-old, and she was swinging a kettlebell…So, anybody can do them—we want the community to get involved.”

And get involved they did. On July 19, 2019, the CrossFit community showed up, ready to fight—and while the original goal may have been staggering, the results? They were even more so.

“If you’re going through it, I just tell you—fight. And do not ever, ever give up.”

From 6am on July 19 to 6am on July 20th, Olson, Chino CrossFit, and their partner gyms were able to knock out an incredible 107,791 kettlebell swings—nearly 4500 kettlebell swings per hour. And while the CrossFit athletes were certainly feeling it by the end of the challenge, all the time, pain, and energy was worth it. In just 24 hours, Olson and the CrossFit community was able to raise over $10,000 for the NEGU Jessie Rees Foundation, allowing them to continue helping children battle cancer—and reminding them to never, ever give up the fight.

Matt Olson may have won his battle against cancer—but he’s not done fighting for those who are still at war.

“If you’re going through it, I just tell you—fight,” says Olson. “And do not ever, ever give up.”