Taking Drill Weekends Into Their Own Hands 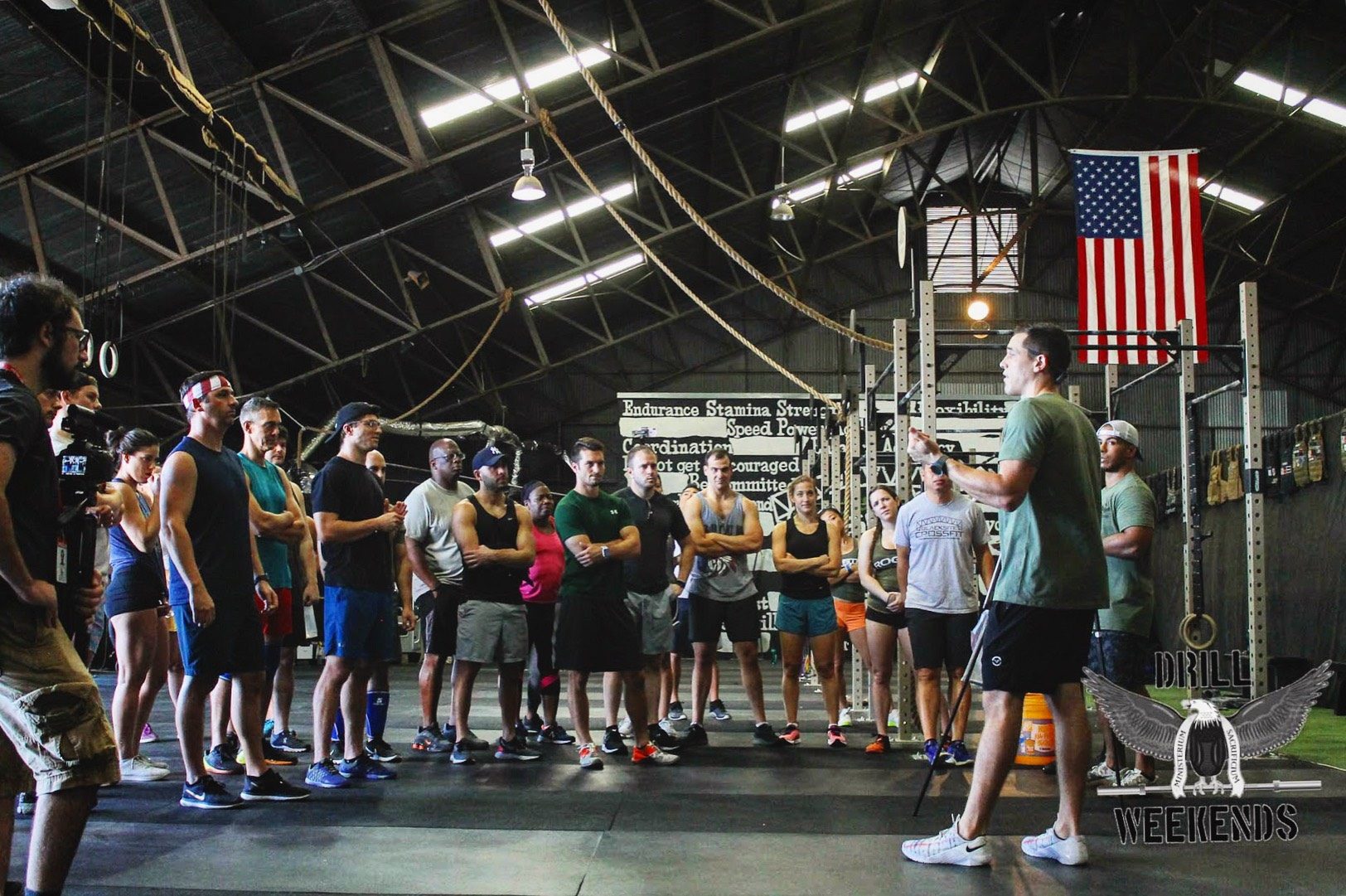 In July, CrossFit Nola, held a week of Hero WODs. At the end of the week, coach Nick Thayer decided he wanted to do more for those the Hero WODs honored. So he started Drill Weekends, a monthly event to raise funds for veterans and honor the memory of fallen military heroes.

Thayer served as Active Duty in the US Coast Guard for seven years before becoming a defense contractor. Now he oversees the electronics portion of new Coast Guard ships, called Cutters.

“These cutters are named after enlisted heroes. One of these cutters was named after Nathan Bruckenthal,” Thayer told the Morning Chalk Up in an email. “It occurred to me that I built a ship named after him, I trained it’s crew, I met his family, but I had never done his workout.” So Thayer decided to change that.

He posted the event on his affiliates member page, and soon enough other members were signing up to do Bruckenthal with him. They got together, did the workout, and at the end of the day they had raised $600.

“It ignited a fire in me,” said Thayer.

He reached out to his friend David Theriot, who had just retired from 20 years of reserve service, and together Drill Weekends was born.

“I know so many people coming off of active duty that are struggling.”

Every month, the last weekend of the month, Drill Weekends completes a Hero WOD, encouraging other boxes around the country to participate. There are two ways Drill Weekends raises funds, through donated goods and services from local companies that are raffled off at each event, and from apparel sales. Every month, the funds will be split; half will always go to the Reveille Project while the second half will go to a nonprofit that is associated with the fallen hero from that WOD.

Committing half of their funds to the Reveille Project is important for Thayer. “I know so many people coming off of active duty that are struggling in so many ways. One of the biggest struggle is loosing a sense of purpose and a sense of direction,” Thayer wrote. “I think CF can offer that if only in a limited fashion. The community aspect of what we do is absolutely the most important thing in my opinion.”

In August, Drill Weekends did Laredo, for US Army Staff Sergeant Edwardo Loredo at BlackSite CrossFit in Metairie, LA.  Attendance doubled in size and collected another $600 in donations. Half of the money raised went to the Reveille Project and the other half went to Hope for the Warriors.

September will be the Mogadishu Mile hosted at both CrossFit FullBore and Fueled CrossFit, and Thayer hopes to keep the momentum going.

“The future plans are to create a countrywide community that gathers together on the last weekend of every month and celebrates these unsung heroes. It will also show those serving in these roles every day that they have a place. A community of people who support and appreciate the work that they do,” he told Morning Chalk Up.