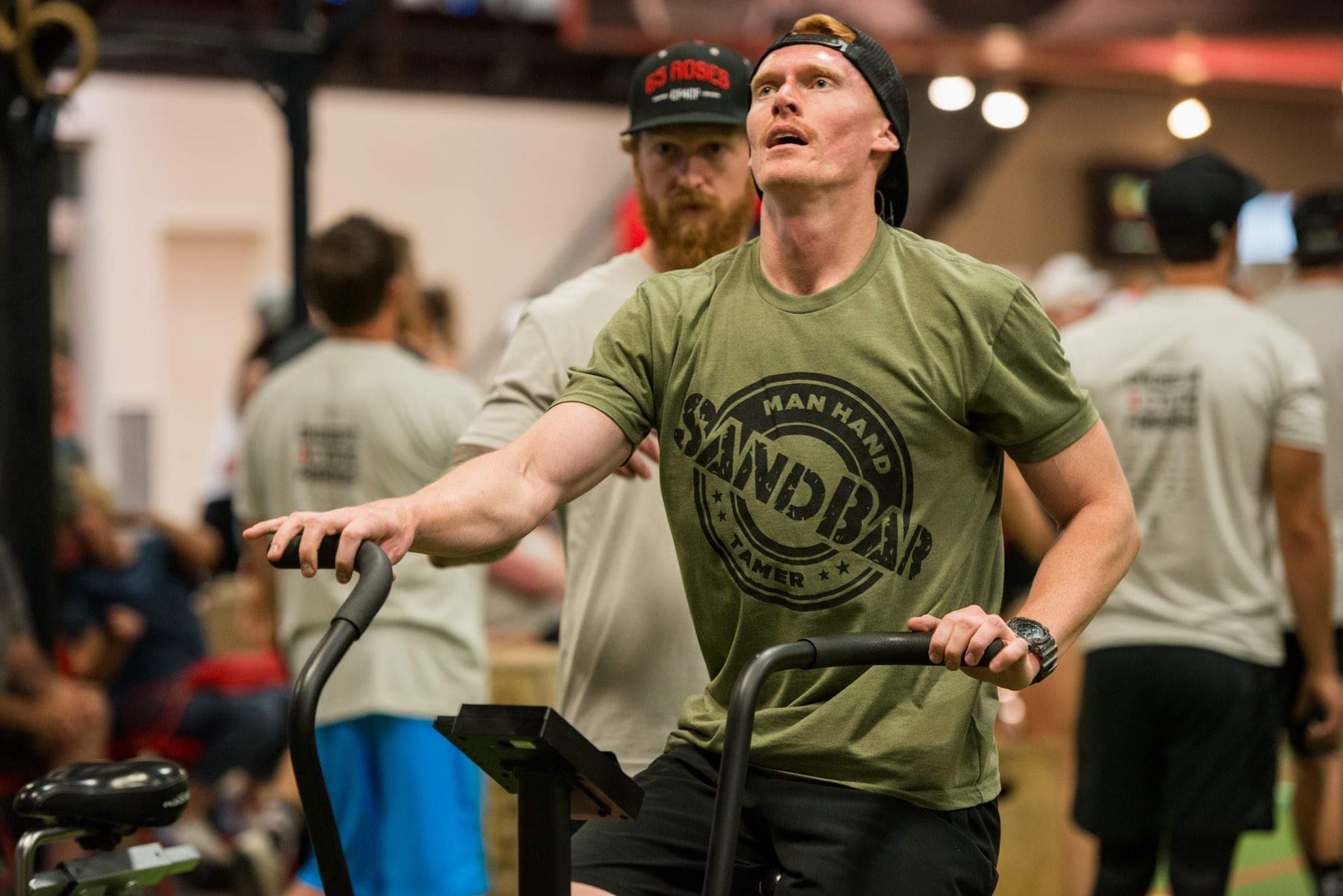 Pictured: Chaco Comrie (Photo Credit: 65 Roses)
Enjoying Morning Chalk Up? Help to ensure that we can continue to be an independent voice for the community and sport we love by supporting our journalism today.
Support Our Journalism

New allegations have emerged that staff is either yet to be reimbursed or have underpaid for their role at the Southwest Championship.

Former staff has spoken out after the Morning Chalk Up revealed athletes and volunteers are still waiting on prizes and compensation from organizer Chaco Comrie.

The story so far.

No cash for the Competition Director

Jason Jannetti has been a respected CrossFit judge since 2016, judging at the Games, Central Regionals and on the Open video review team.

Also an affiliate owner, Jannetti was recruited as the Competition Director for the Southwest Championship, posting a scathing video to social media outlining the shortcomings with the event’s management, in particular, Chaco Comrie.

“He made it sound like it was going to be something worthwhile,” Jannetti said in his Facebook video.

“He didn’t execute on any of the **** he told anyone they were going to get.”

Jannetti has since told the Morning Chalk Up: “I didn’t push the compensation in lieu of getting things rolling and believing he was going to allow us to do our jobs.”

“He seemed like a level headed guy at first. Originally (payment) was to be decided along with being offered equity in the event and possible ‘careers’ moving forward.”

“He made it sound like it was going to be something worthwhile. He didn’t execute on any of the **** he told anyone they were going to get.”

Jannetti walked away from the competition two months prior, amid concerns with the management. He’d already committed two months preparatory work but concedes payment wasn’t expected when he withdrew from his role: “It didn’t take long to realize Chaco wasn’t gonna be able to afford to pay what I deserved to be paid,” he said.

Jason Jennetti said his priority in speaking out isn’t to receive compensation: “My concern is for the people who got screwed along the way. I went into this knowing I might not get paid.”

“I did it because I knew almost 300 athletes had sacrificed time and money to be a part of this mess and trying to make this properly work for them was my only immediate priority,” he said.

Director of Staffing in the same boat.

Nate Peters was employed as the Director of Staffing and was assured it would be a paid position.

“Myself and one of the other directors were heavily involved in just about every aspect of the competition leading up to game day,” he told the Morning Chalk Up.

“Leading up to the event there was a lot of loose ends, but he (the organizer) kept preaching to have faith and to trust him and to just essentially go with the flow,” he said.

“In the contract he had promised to pay out a certain percentage of what the event proceeds were from all of the ticket sales and vendors … So I packed up my family took an extra day off of work,” Nate Peters added.

“Leading up to the event there was a lot of loose ends, but he (the organizer) kept preaching to have faith and to trust him and to just essentially go with the flow.”

The former Director of Staffing came forward to the Morning Chalk Up after the publication of the initial article, claiming he had “not been paid a cent.”

Three days later, on October 4 he received $500 from Chaco Comrie, which Peters claims fell short of what was originally discussed.

“He promised us a percentage of the event proceeds. I probably put in 60-70 hours of time, which puts me right at about minimum wage,” Nate Peters said.

The Morning Chalk Up was also contacted by another staffer, who was promised payment for her role at the August event.

Again several days after the initial article was published, “Megan” confirmed she had been paid but chose not to disclose the amount.

Chaco Comrie has been contacted by the Morning Chalk Up, but is yet to respond.

“CrossFit rejected this event months before it occurred…”

That’s according to CrossFit’s head of Sanctioned and Licensed events Noor Greene.

She’s informed the Morning Chalk Up, Chaco Comrie had applied to have the event sanctioned, however, early negotiations were cut short when a source “… pointed out that Chaco was leading people to believe that he was close to being granted a Sanctional,” she said.

“We received screenshots and emails of Chaco stating that CrossFit, Inc. will be flying out representatives from May 31st-June 1st to evaluate his event. This was an utter lie,” Noor Greene confirmed.

Chaco Comrie was then sent correspondence from CrossFit, Inc. stating: “We have not promised to license nor sanction your event. We also didn’t say we’d send anyone to your event. The information you posted are untrue and misleading.”

“We will not be moving forward with licensing your event this year. Thank you for your interest.”

“We received screenshots and emails of Chaco stating that CrossFit, Inc. will be flying out representatives from May 31st-June 1st to evaluate his event. This was an utter lie.”

The Morning Chalk Up has also been contacted by USA Functional Fitness (USAFF) and confirmed the organization had been in contact with Mr. Comrie “regarding cooperative opportunities in the future.”

“In light of these recent findings, we believe Mr. Comrie’s behaviors exhibited and described in the article are not in alignment with our core values. Events run in this manner do not have a place within our system,” Kason Morris said.