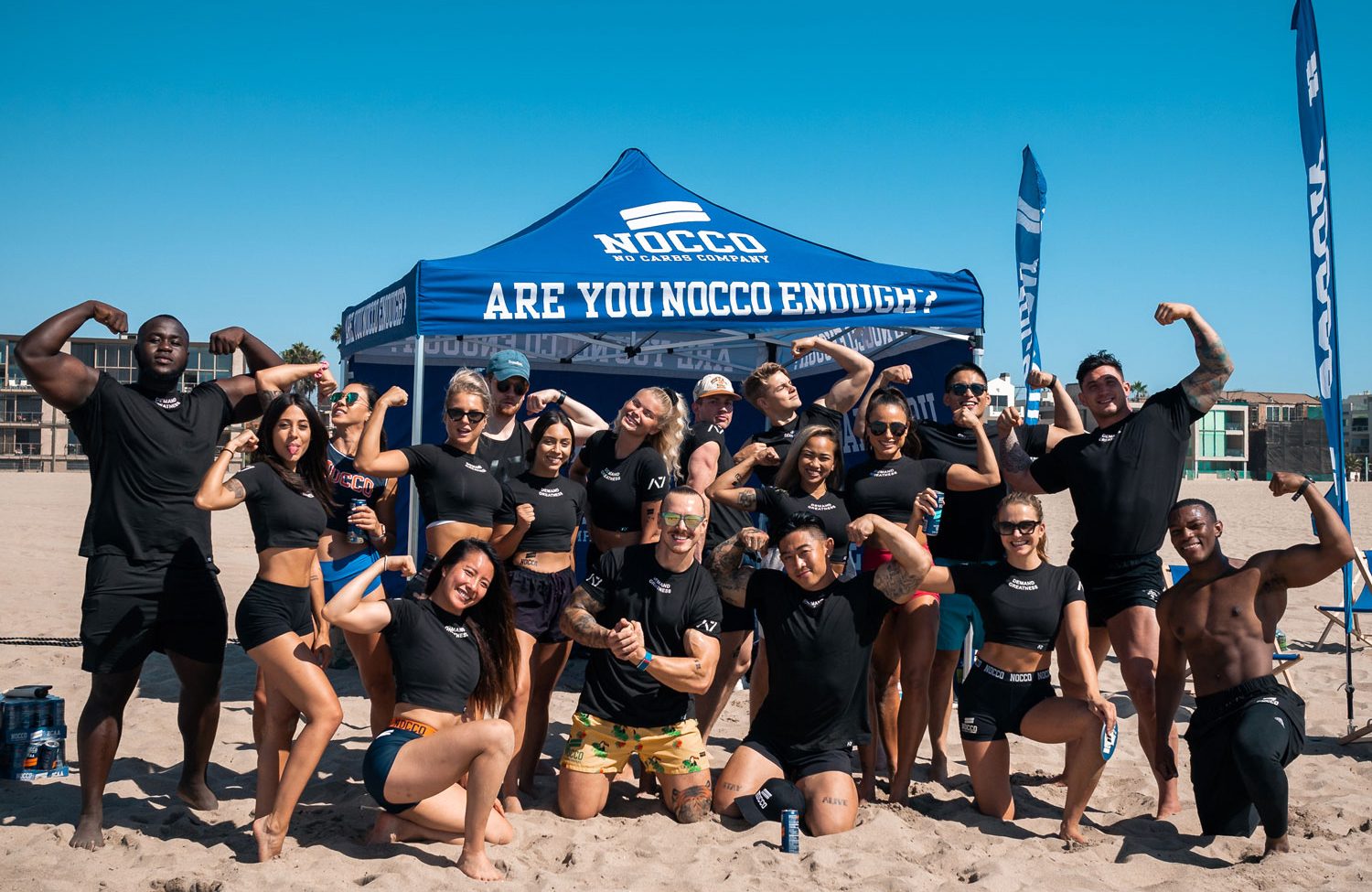 It seems like just yesterday we welcomed NOCCO – one of Europe’s leading BCAA beverages – to the USA.

Just nine months ago, the Swedish company made a zero-carb-splash on Amazon and launched in 100 gyms in the SoCal region alone. Now, NOCCO is closing out 2019 with plenty of reasons to celebrate, including capping off the year with 50 US-based athletes on their roster.

Making its mark: NOCCO used athlete ambassadors as a key marketing tool in Europe and has brought that model to the US.

Thinking outside the CrossFit Box: It’s not just big names like Tia-Clair Toomey that the brand’s been able to attract. Clearly NOCCO is thinking big picture signing ambassadors like Laura Micetich, who’s built a cult fitness following outside of CrossFit. IFBB Pro Thomas Bakke is also on NOCCO’s American-based roster.

Taking on the competition: This year was NOCCO’s first real presence in Madison yet all season it seemed like NOCCO was popping up everywhere from the Games to sanctioned events like Strength In Depth and the Lowlands Throwdown.

NOCCO is still just 5 years young, after launching its first product in December 2014. Compare that with brand’s biggest competitor in CrossFit FITAID, which has been on the market twice as long.

NOCCO’s focus on athlete endorsement is their point of difference: While FITAID boasts big names like Sara Sigmusdottir and Jacob Heppner on their payroll, their focus is centered on event sponsorship and expanding their support outside Crossfit.

FITAID’s co-founder Aaron Hinde told the Morning Chalk Up: “Continuing to support our core community through athlete sponsorship and sponsorship of the Crossfit Games and Spartan race…[is] on the top of our priority list.”

“We continue to partner with long term athletes … and are bringing on new influencers in other sports like Kevon Looney of the Golden State Warriors, Alex Michael Turner in bodybuilding and Brianna Cope in professional surfing,” Aaron added.

It’s a similar story with other popular beverage companies in CrossFit – O2, NOOMA, Greater Than, and KOIOS. NOCCO is the clear front runner in terms of resourcing its ambassador programs, particularly in the USA.

Expanding into Asia: NOCCO has a large, ever-growing base of athletes based all around the world, including China’s National Champion Ant Hayes. Ant and his partner, Tamarind Robinson – who looks to qualify this year as South Africa’s national champion – has been a big part of the brand’s promotion in 2019.

After the brand’s quick and successful expansion in the U.S, the writing’s on the wall for markets in Asia (Hong Kong, Singapore) to be next.

“Just trying to keep up with it all”: That’s how Dave Colina, Founder and CEO at O2 Natural Recovery describes the climate of the beverage market in CrossFit right now.

O2 – like NOCCO – is a fairly new player at the game: “In the early years, I could drive my Prius and deliver to a dozen CrossFit gyms and they’d sell through it faster than when I drove and delivered to a dozen grocery stores,” he said.

“Since we first launched in 2014, the growth has truly been staggering.”

Dave describes athletes as “incredible evangelists” for O2, yet unlike NOCCO he admitted: “We haven’t even scratched the surface on leveraging the creativity and voice our athletes have within their communities, so that’s certainly a focus for 2020.”