Fun and Fitness in the Sun, Wodapalooza Draws Big Crowds 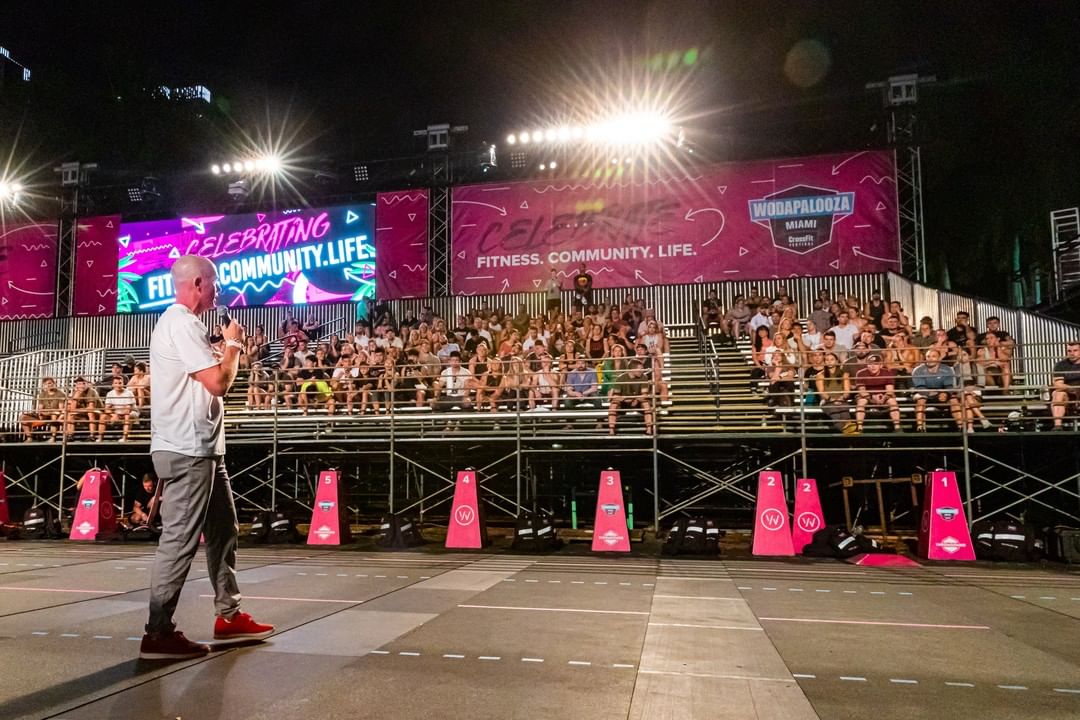 Wodapalooza Miami started in 2012, as a 1-day competition with 145 athletes, and has now become the world’s premier functional fitness festival. Spectators and competitors now travel from around the world for the four-day event every February. It’s the most highly-attended Sanctional of the CrossFit season and offers elite athletes a rich prize purse.

Being on the ground in Bayfront Park, the site of the event, it feels like more than that though. Here’s how a few of the spectators described the draw of Wodapalooza on Thursday:

Fan favorites, the Buttery Bros. premiered their newest documentary “The Fittest” on Wednesday evening before the start of the competition at a Miami theatre packed with CrossFit enthusiasts. They have a big presence at the event and here’s how they described it:

By the numbers: There’s no doubt that Wodapalooza has grown in popularity and participation. It’s the flagship event for Loud And Live, who will host five Sanctionals in total this season. According to Loud And Live media director, Kristen Chandler Toth, there are 2700 athletes competing in the event this year across all divisions, an increase of 750 from 2019. And Matthew O’Keefe, President of Loud And Live Sports, estimates that there will be approximately 40-45,000 spectators across all four days, an increase of as many as 10,000 from last year.

The words of CrossFit Lorton affiliate owner, Hanna Hawkins, who is making her second trip the event, but first as a competitor, encapsulate O’Keefe’s sentiments perfectly: