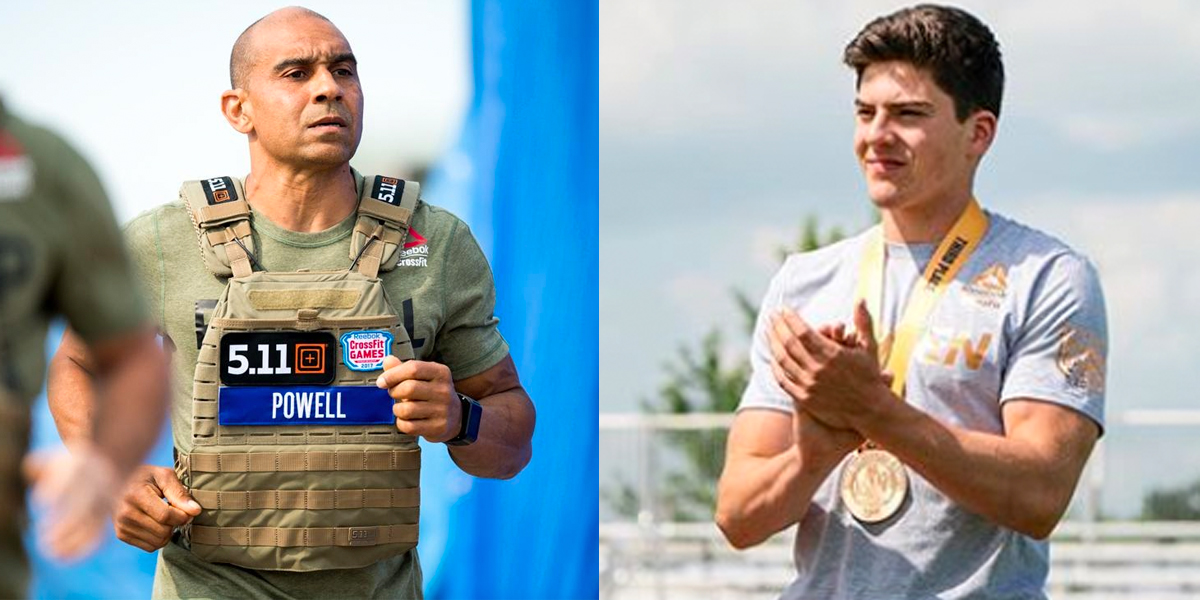 The Age Group Online Qualifier (AGOQ) happens this week from March 12-16, and it’s a great time to highlight some storylines to follow leading up to the 2020 Games.

Doors are Open near the Top

For the 16-17 Divisions, the door is now open as well at the top with 3x Champion Dallin Pepper (only Teenage with three Championships) and 2x Champion Chloe Smith having aged-out of the Teenager Divisions.

The restructuring of the Games season which started after the 2018 CrossFit Games had significant impacts to the age group athletes. With the 2020 Games season, the changes go into full effect. The most significant is that age group athletes have to compete at three different times over a span of 10 months, meaning that they have basically no down time throughout the year (granted making the Open top 200 is not difficult for elite age group athletes). They essentially have to be ready to compete year-round unlike Individuals and Teams who have multiple routes and timelines to qualify for the Games giving them the ability to lay out an optimal schedule and perhaps work around an injury. Age group athletes still are competing under the previous model of Open-AGOQ-Games, but it is now stretched over a 10-month timespan compared to the previous 6-month timespan.

Sanctionals are not just of Individuals and Teams

So far this season, a number of Age Group athletes qualified for the AGOG have been competing in Sanctionals. Several have competed as individuals, including notables Samantha Briggs, Dan Bailey, Cheryl Nasso, Rebecca Voigt Miller, Joey Kimdon, and Ben Alderman. A few have competed on Teams including Alethea Boon, Kelly Friel, Armand McCormick, and Samantha Briggs. Alethea is currently the first Master to be on a Games Team roster in the new Sanctional format. She just qualified last weekend on Starr Strength Black’s team who earned the Australian CrossFit Championship team qualifying spot. Alethea was also on a Games team one other time in 2014. There have also been three Sanctionals with Masters Age Divisions – Strength in Depth (SiD), Wodapolooza (WZA), and the Norwegian CrossFit Championship (NCC); the two former had the same divisions as the Games, while the NCC had just the two youngest age divisions. Additionally, WZA had teenager divisions, but in 3-year increments: 13-15 and 16-18. Athletes with notable performances at these Sanctional Age Group competitions paired with great Open placements are shown in the table below. Take extra note of these athletes in the AGOQ and potentially later in the year at the Games.

Not only has there been a recent number of pregnancies the last couple of seasons from elite women individuals, a number of the 35-39 Masters Women from the 2018 and 2019 CrossFit Games are having children as well. Out of the 27 women from the last two Games in this division, seven had a child or are currently pregnant since the 2018 Games – Carleen Mathews, Helena Falk, Jolene Quirke, Kelli Holm, Kirsten Pedri, Teresa Trojanowski, and Ursula Fasel. Mathews, Quirke, and Fasel are also qualified for the AGOQ.

The defending 2x 35-39 Womens Champion Anna Tobias is trying to qualify for the Olympics in sailing again. In 2008 at the Beijing Olympics, she won the Gold Medal in Laser Radial (single). This time she is competing in the 49erFX class (two-person). The 2020 Tokyo Olympics will overlap the CrossFit Games this year for the first time. Therefore, Tobias will not be able to defend her CrossFit title if she qualifies on the USA Olympic Team. However, with the possibility of the Coronavirus delaying the Olympics until later in 2020, she may be able to compete in both the CrossFit Games and Olympics. She could be the second athlete to do so in the same year, the first was Tia-Clair Toomey who competed in the 2016 CrossFit Games and the Rio Olympics in weightlifting.

Performance Enhancing Drug (PED) disqualifications in the Masters field were the highest ever at the 2019 Games with five athletes testing positive including one champion and one 3rd place finisher. This may be due to increased testing of the Masters athletes. It would be hard to surmise if increased PED use has increased by Masters athletes. In total, there have been 11 Masters athletes that have tested positive for PEDs and had their Games results removed including two champions, three silver medalists, and two bronze medalists. There are two Masters that are eligible to compete in the AGOQ that previously tested positive for PEDs and have fulfilled their suspensions. Ryan Elrod is returning to competition this season after a two-year suspension for a positive test after qualifying for the Games in 2017 as an Individual. Steve Marino also served a two-year suspension after a 2015 Games positive test which was announced in 2016.