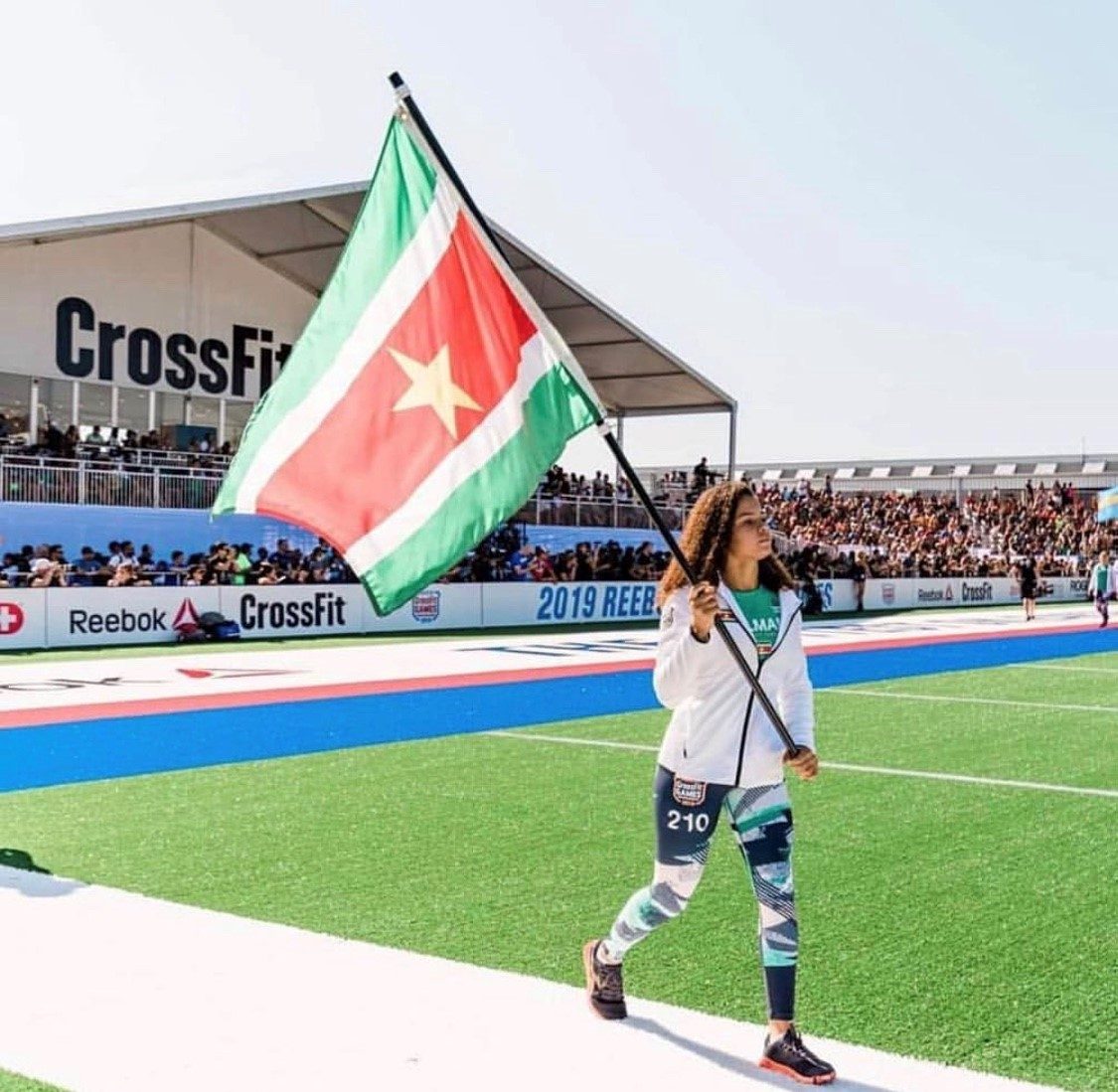 Haley Adams earned the CrossFit Teen phenom headlines in 2019, but Suriname’s Ava Zalman is trying to stake her own claims to these accolades too. Hailing from the small South American nation of Suriname, Zalman is just 18 years old but has already won her second trip to Madison as an individual CrossFit Games athlete.

Zalman’s path to Madison has been unique compared to most 17-year-old qualifiers. She competes with the adults in the individual division and has grabbed Suriname’s National Champion title in both 2019 and 2020 with relative ease. She punched her ticket with four Open workout first-place national finishes each year.

Once Zalman arrived in Madison, though, she was in for a reality check. Elite Games athletes like Katrin Davidsdottir and Brooke Wells were different than the caliber of athletes in Suriname.

Badal has known Zalman since she was a little girl and has seen her try every sport in the book. Nothing stuck, though, at least not until CrossFit.

According to Badal, the 18-year-old does a strength session and two to three extra workouts a day leading up to the Games. On her training schedule, Badal said, “the focus is still on improving her overall strength while maintaining flexibility and metabolic conditioning.”

As Zalman continues her training for the Games, she has started an Instagram account focused on her journey to Madison, aptly named @avasroadtothegames. In the vlog-style posts, she diaries her training sessions, including PRs and new gymnastics movements, as well as press coverage she receives from local news outlets. Though she is gaining a following, Zalman doesn’t consider social media a big part of her identity as an athlete. Badal still thinks her involvement in the community has changed her for the better.

At the 2019 CrossFit Games, Zalman placed 99th out of 129 competitors, at just 17-years-old. In the first event, she completed two legless rope climbs and a 400-meter run.

While she may not have performed her best in Madison, both Zalman and her coach consider it a success. After all, she bested four other South American athletes. And, Ava’s clearly getting fitter too. In the 2019 Open, where she placed 10,926 worldwide, she got zero strict handstand pushups on 19.3 and didn’t get to the third round of cleans in 19.2. After six months of an intensified training program, she made a massive improvement, placing 4,570 in the 2020 Open, with her best showing in the deadlift/handstand walk workout, 20.2, taking 90th place out of 121 National Champions.