How Coach Candy Wakwe is Serving the Under Resourced in Atlanta

When Coach Candy Wakwe heard about Noble Clay Fitness in Atlanta, GA, she knew it was where she wanted to coach.

Noble Clay’s background: Noble Clay Fitness is a non-profit organization and a registered charity that offers subsidized memberships for those who wouldn’t normally be able to afford coaching. They’re located in an area of Atlanta that’s on the divide between a neighborhood where the average annual income is around $20,000, and a neighborhood where people are making more than $100,000 a year.

Their membership reflects these polarized demographics, Wakwe explained. Fifty percent of their membership base pays the full price of $297 a month, while the other half pays based on their income level.

Wakwe’s story: Wakwe grew up witnessing a lot of Type 2 diabetes. Her mother, grandparents and some of her aunts and uncles were all diabetics, she explained.  This led to her desire to get into healthcare.

In college, she double majored in psychology and economics. Then Wakwe started medical school and gained experience as a clinical researcher in oncology and cardiology at a hospital in Atlanta.

Today at Noble Clay, fifty percent of the clients Wawke works with earn less than $40,000 a year, and some much lower than this. In fact, Noble Clay owner Ben Davis explained that some of their members earn as little as $6,000 a year.

Tara Schloss is a client at Noble Clay, who pays one percent of her net income to train there.

Though Schloss came from an athletic background, where she played sports and ran track, “I wasn’t educated on nutrition, nor did I grow up in a healthy environment physically or mentally,” Schloss said.

Having the opportunity to receive coaching has made all the difference in her life.

It has allowed Schloss to improve her nutrition and her knowledge of nutrition, lose weight and she has “discovered new ways to stay active even while including my kids,” she said.

Wakwe “gets choked up,” she said when she hears stories like Schloss’. And it reminds her that she’s finally living her dream. 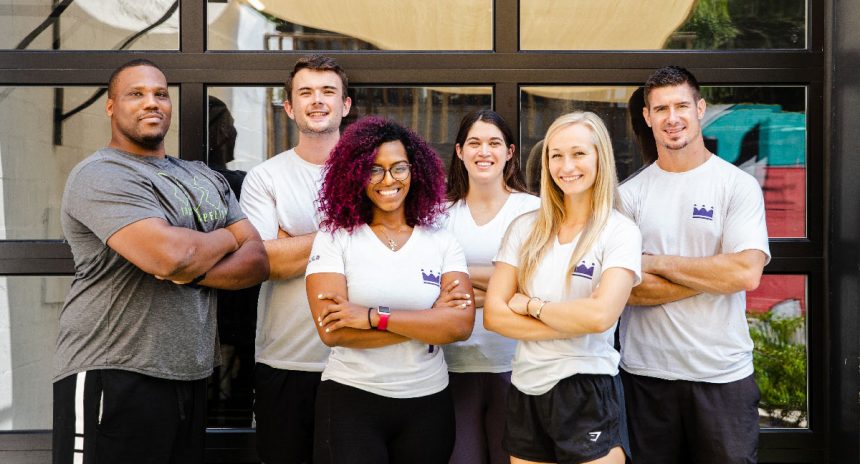 Gym Owners Give Back in the Form of Memberships Scholarships