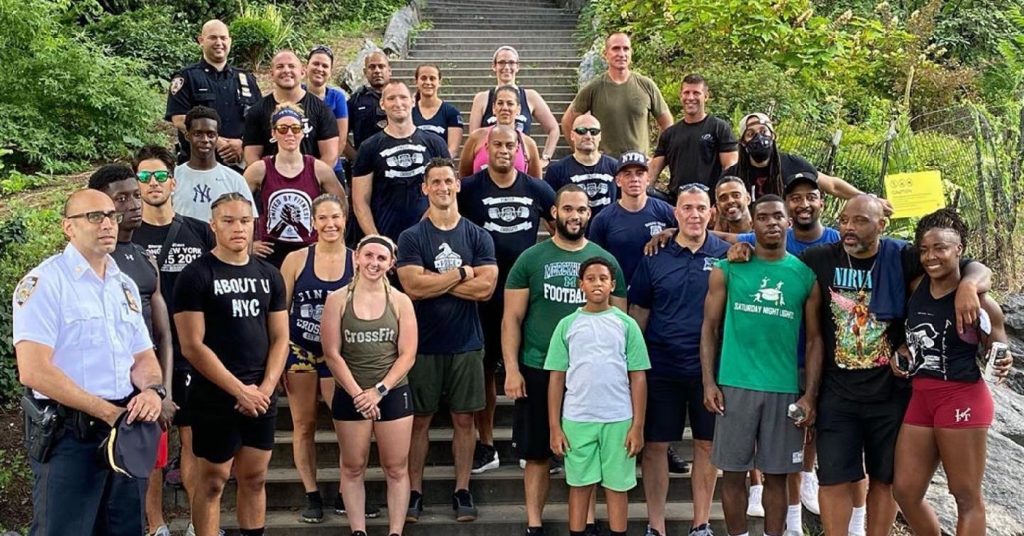 About a month ago we detailed how the New York City Police Department and members of the Harlem community joined forces to bring fitness to the streets in hopes of building a bridge between the groups amidst growing racial tensions across the country.

Two weeks later they gathered again for a second community workout in Upper Harlem, and in the following weeks have put on joint community workouts in Brooklyn’s Highland Park, and the Bronx’s Morrisiana neighborhood as a growing effort to continue outreach through the avenue of fitness.

The healing power of fitness: NYPD CrossFit is a law enforcement affiliate with 250 police officers as members that built their program around the therapeutic benefits of constantly varied, functional movements, performed at a high intensity to reverse the troubling trends of officer suicide rates.

Moving the ball forward: After the first joint workout came together in about a week Lt. Perez — who is part of the Community Affairs Bureau — brought the event to his superiors and the success of the first workout and the second workout was greenlit with the hopes of bringing even more to the table.

The subsequent events have expanded their offerings to include basketball, music, and a variety of other activities to try and engage with the youth of the city on a multitude of levels including exercise.

A vision for the future: In addition to more community events throughout New York, Lt. Perez says he hopes to one day start opening community affiliates for the youth in various communities where they can workout, train, and exercise alongside officers and other community members at no charge.

“We’re trying to show kids that we’re not just a bunch of fat donut eating cops, and that we enjoy a variety of other things which means we share some common ground, and eventually use that common ground to talk and work through issues, but first let’s find that common ground.”