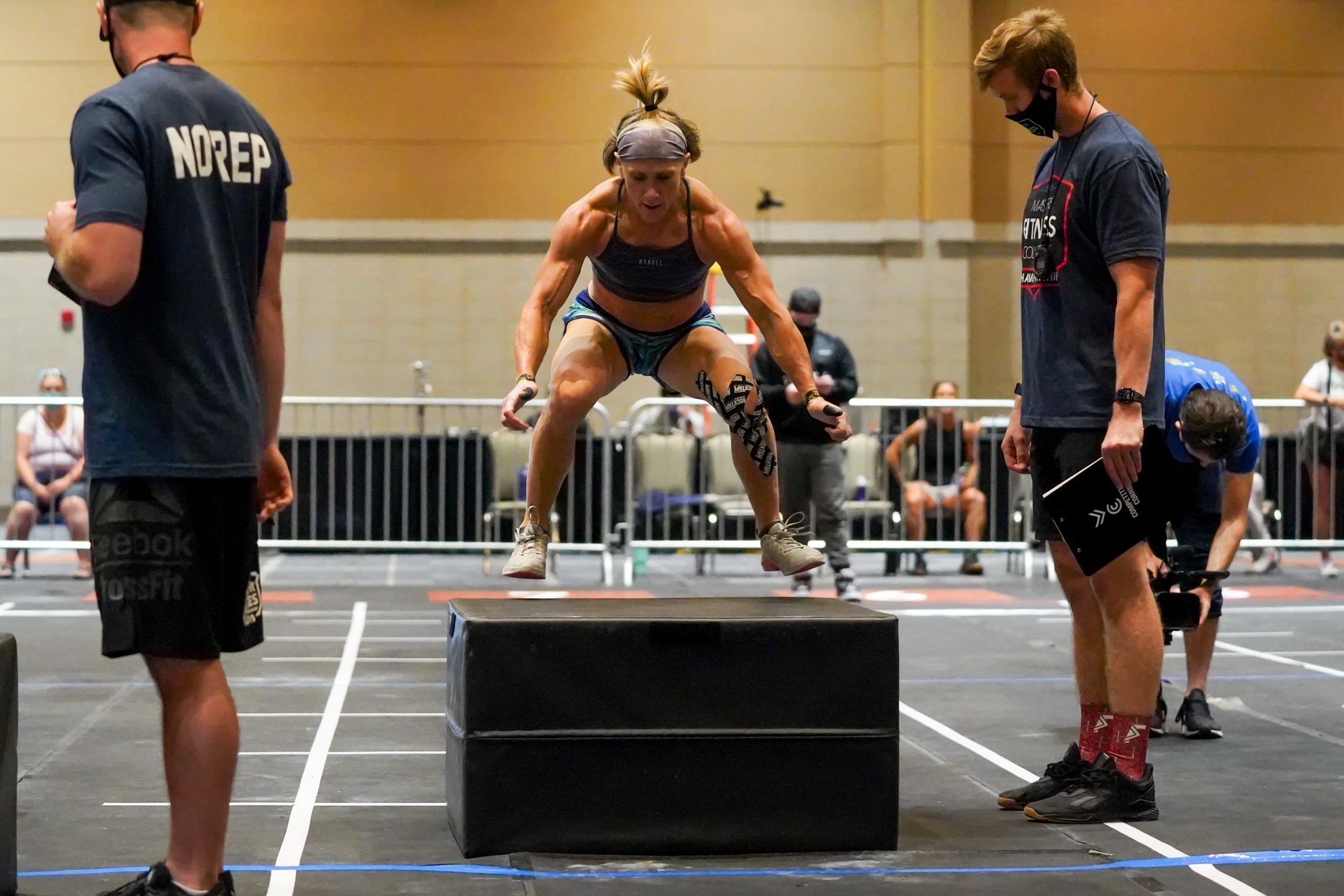 Saturday at the Grand Wayne Convention Center was action-packed as day three of the Masters Fitness Collective Championship provided a full schedule of events. The 14 divisions of masters athletes saw three events that tested their gymnastics, power output and their ability to endure grueling, high-capacity workouts.

The first event of the day was“Dragnastics,” a triplet that wore down the shoulders with a calorie ski-erg, double-unders with a drag rope and ending with a handstand walk to the finish. “He Who Hesitates” was a quick sprint that featured heavy deadlifts followed by 50 burpee box jump-overs. The final workout of the day was another couplet called “Is There an Echo?” that included four rounds of calories on a Rogue Echo bike and bar muscle-ups.

Highlights and interviews from day three of competition are available on the Morning Chalk Up’s YouTube Channel.

On tap for the final day: Two events await the athletes on the final day of competition at the Grand Wayne Convention Center. The live feed of the event will be available on the Morning Chalk Up YouTube channel starting at 6:15 AM EST.