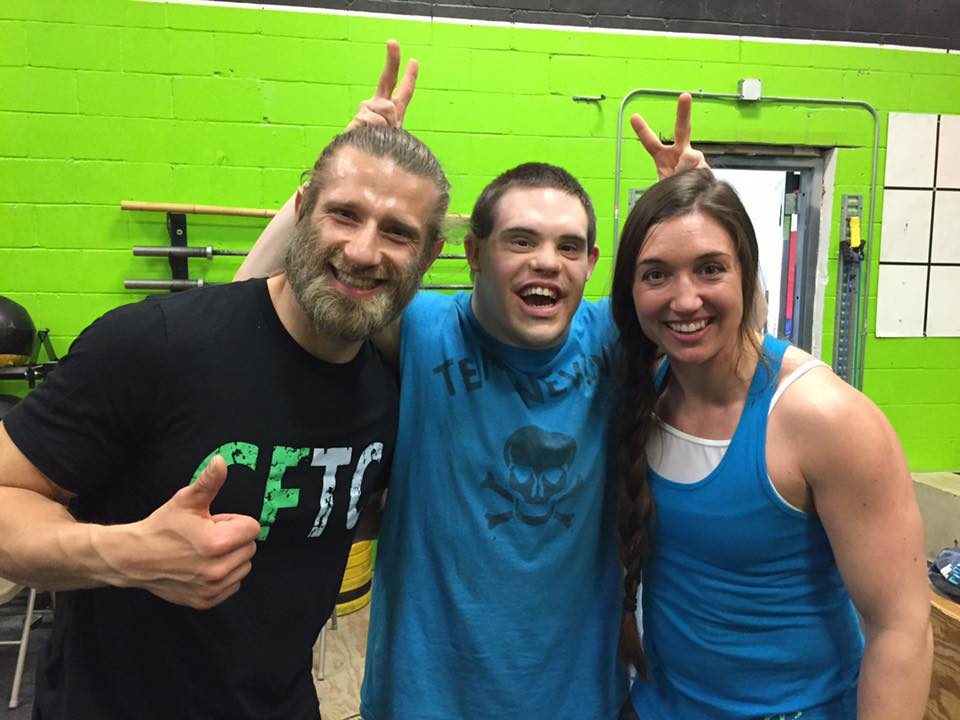 When Laurie Smith and her son, Nevin, started taking CrossFit classes at CrossFit the Challenge in 2016, Laurie wasn’t sure what to expect. Nevin has Down syndrome, and struggles receiving information audibly.

But four years later, Laurie says the changes in Nevin’s cognitive ability — in and out of the box — are incredible.

“Other than just muscles and being strong,” she says, “His ability to listen and follow directions, learn to accept a challenge, not take criticism personally, and be willing to try again — all those things were just incredible.”

Before they started CrossFit, Nevin was sitting at home, “doing absolutely nothing,” she says, because Laurie was caretaking for her parents and her husband was working.

Laurie, who had gone through a transformation of her own, losing 80 pounds, took Nevin to the gym she frequented before CrossFit, where she says it was “mostly ellipticals.”

After a bit of research and when she learned about the scalability of CrossFit, Laurie was pointed to Andreas Janzen, owner of CrossFit the Challenge.

Janzen’s work with Nevin started with the CrossFit basics in a separate room, where Nevin could watch himself in a mirror. Then, they moved to one-on-one coaching, side-by-side to an active class, and gradually, Nevin started shadowing and pacing with another athlete in the class.

Laurie says that getting the verbal cues for movement has been one of the tougher challenges for Nevin; language learning has always been difficult for him. Only recently has he started connecting the name of a movement to its action.

Coco says that visual cuing is still huge —  as long as she can show Nevin something, he’s able to correct it.

These challenges haven’t stopped Nevin from setting goals — learning how to climb a rope, toes-to-bar, and now, muscle-ups and pulling a truck — and competing. Nevin has competed in five Festivus Games, his first in 2017 and winning the spirit award in 2019, and The Open.

Counting is already difficult for Nevin, but it presented a different challenge with competitions.

Now, working out at home in their combination gym and sewing room, Laurie has come up with a way to visually guide Nevin through workouts: a map. For each workout, Laurie draws a map of the rep scheme, so Nevin can check off and count his way through the WOD.

Outside of the obvious physical changes in Nevin; “his strict pull-ups are enviable,” Coco says. It’s the cognitive development that most surprised Laurie.

And even more surprising to Laurie, who came into CrossFit knowing little about the community or sport, was the inclusion.