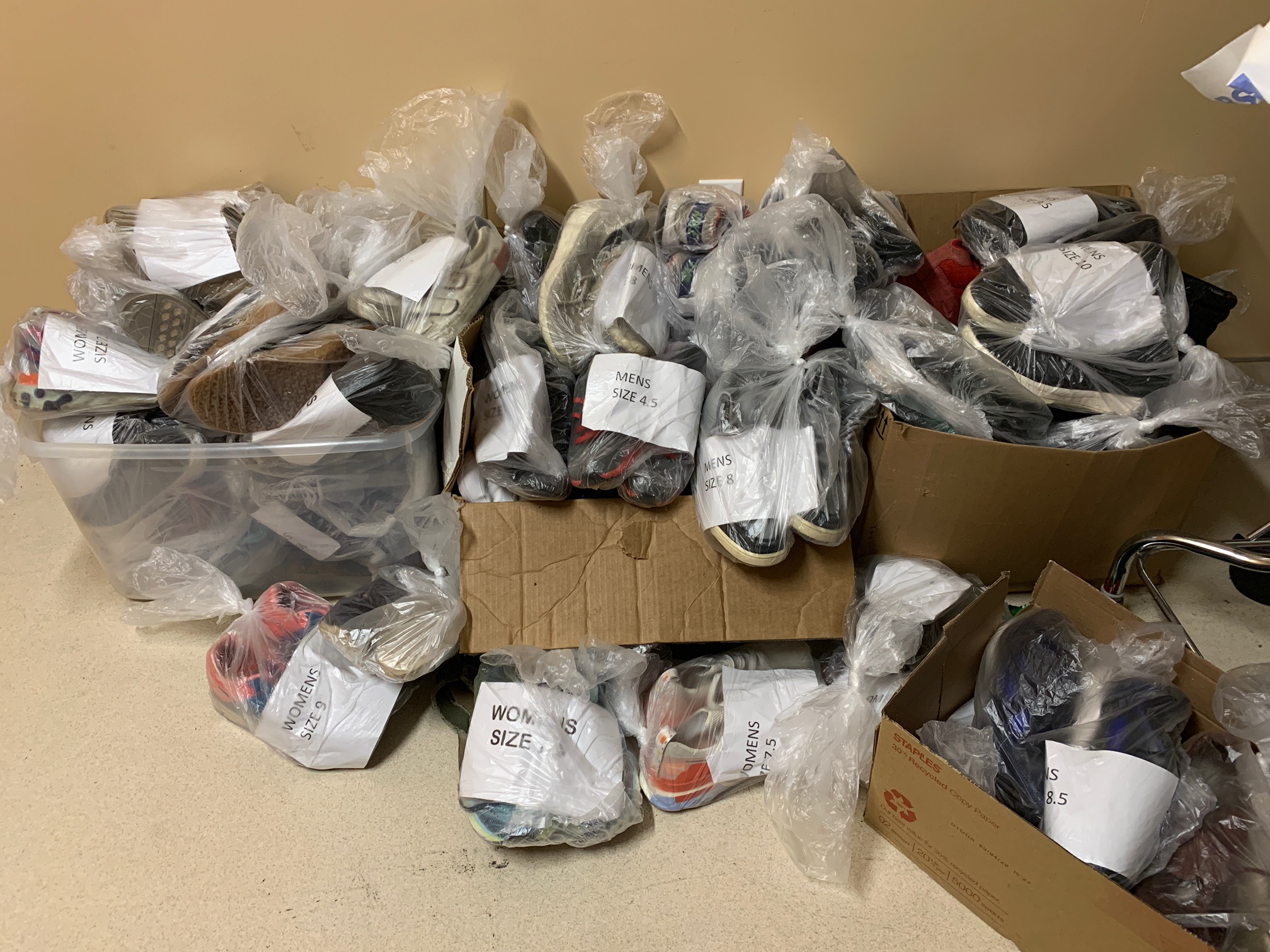 Two months ago, we reported on Los Angeles-based CrossFit Echo Park’s initiative to donate lightly used gym shoes to Dignity Health California Hospital, located downtown Los Angeles, to be distributed to patients who come into the ER without shoes.

Two months later, Dr. Luke Palmisano, a doctor at the downtown hospital and member of CrossFit Echo Park, explained there has been so much demand for shoes in the last two months that they’re expanding the program to two more Los Angeles gyms—Depot Fitness and CrossFit Muse.

Remind me: Shoe demand is so high at Dignity Health because they see a high volume of patients from Los Angeles’ notorious skid row, an area of the city “densely populated with homeless (people) with high amounts of drug, alcohol and psychiatric illness,” Palmisano explained. As a result, many of them suffer from various foot problems, ranging from blisters and ingrown nails, to bone spurs, athletes foot and even trench foot caused from spending time shoeless in a wet environment.

The big picture: Palmisano would love to see CrossFit affiliates in other areas of the country, such as Chicago, Baltimore, San Francisco and New York City, offer a similar initiative. To get the ball rolling, next on the docket for Palmisano is to personally reach out to other hospitals, box owners and CrossFit athletes in “equally underserved areas,”  he said.