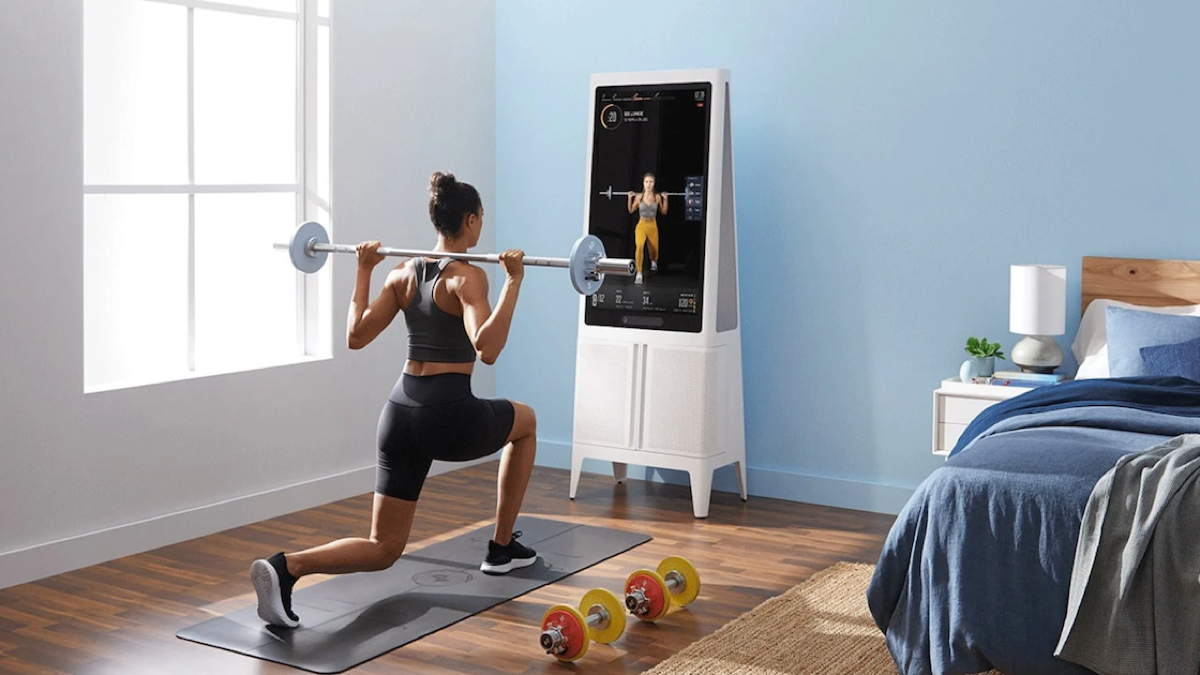 Japanese holding company SoftBank is set to invest more than $100 million in fitness startup Tempo, “The Information” reported. The two-year-old company has a goal of challenging Tonal, Mirror, and Peloton in the at-home fitness market, and it will attempt to do so with exercise equipment and a touchscreen.

One big thing: Tempo sells at-home workout tech that range in price between $2,500 to $4,000. The element that makes the Tempo system stand out from others is that it features actual barbells and dumbbells, along with the touchscreen that plays workout instruction videos and holds live classes. There is a required 12-month membership commitment at the cost of $39 per month.

An emphasis on barbells and dumbbells is nothing new for programs in the CrossFit space. Multiple Games athletes highlight the equipment with their own online programs and call for movements seen during the Open or in a standard CrossFit class. Having a company outside of the space also use the equipment for thrusters or other movements is rarer.

A new approach: While Peloton requires an exercise bike and Mirror uses the customer’s reflection, Tempo tracks movement with its 3D technology. The touchscreen shows a detailed 3D model of the customer doing the various exercises. The AI then tracks form and makes recommendations, calling for different weights or other adjustments.

Why this matters: The at-home fitness market has increased dramatically amid the shutdowns of traditional gyms and CrossFit boxes that began in March 2020 with COVID-19. These facilities are slowly beginning to open once again, but there is a growing trend of people continuing to work out at home. The result is that more companies are investing in products that provide options for this customer base.

Bottom line: All four of these companies offer different styles of fitness for those more comfortable in their homes due to COVID-19 and potential health concerns. They serve as continued evidence that people are embracing at-home fitness options, as well as the lucrative market that exists for multiple companies. Tempo is going in a slightly different direction by incorporating equipment seen at traditional gyms and CrossFit boxes.