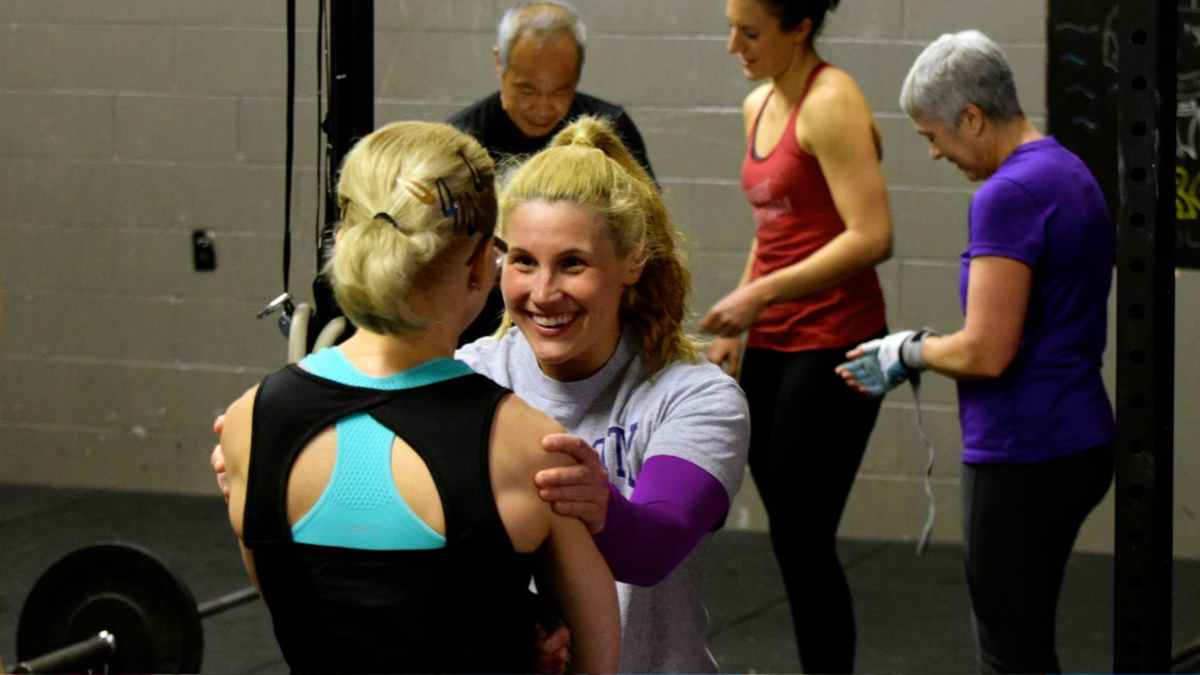 For CrossFit Coach Jocelyn Coutant, the military has always been part of the plan, there were just a few unexpected pit stops along the way. But this March, Coutant became the first Connecticut National Guard female infantry officer, an accomplishment that exceeded nearly everyone’s expectations, except those closest to her, and perhaps least of all, those who had been part of her CrossFit classes over the years.

One big thing: At 25, Coutant finally enrolled in the military after attending college and earning her masters degree, as well as working for one of the top accounting firms in the country. It was from there that her journey towards becoming Connecticut’s first female National Guard officer would take off.

Strong from the inside out: Perhaps one of the most difficult aspects of being a female or any gender in the military for that matter is the physical strength aspect.

Leading Through Limits: When Coutant enrolled in IBOLC, she began to understand the challenges she would face, not just because she was a female in a predominantly male school, but also because of her age. At 33, Coutant was one of the oldest members of her class; most of her classmates were fresh out of college.

For the women who doubt themselves, Coutant has some words of advice:

For Coutant, the biggest challenge has been and still is being the first woman in her position and the pressures that come with that.

Editor’s Note: Jocelyn Coutant is now Jocelyn Lucier after marrying now husband Gerald Lucier. We wish them the very best in their marriage.