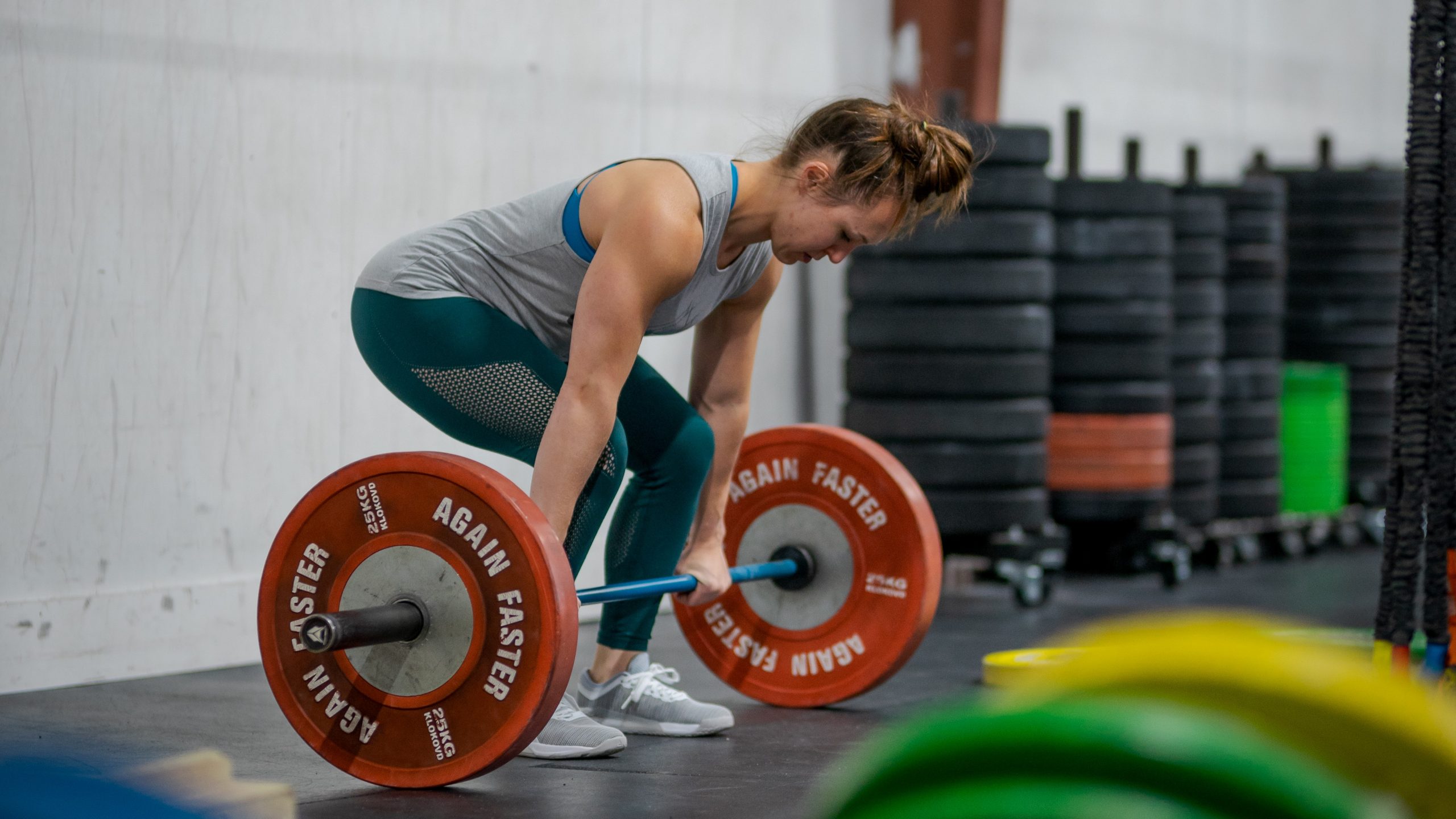 For most athletes, it’s difficult to advance and qualify for even one of the secondary stages of competition following the CrossFit Open. But a small select group of people found themselves in a position to qualify for all three subsequent stages: the Individual Quarterfinal, the Team Quarterfinal, and the Age Group Online Qualifier. We were able to catch up with one of these athletes and capture some of their thoughts (specifically since the programming was so similar across all three weekends).

Allison Ehle, of CrossFit Identity has participated in every Open since 2012. She’s competed three times on a team at Regionals and once at the Games with team CrossFit Terminus in 2015. This year she placed 1115th worldwide in the Open. That was good enough to make the Individual Quarterfinals, where she finished 479th in North America. Her team, CrossFit Identity qualified for the Team Quarterfinals where they eventually finished in 105th. And in her Masters division (Women 35-39), she currently sits in 121st following the AGOQ.

Here’s what she had to say about the experience:

Morning Chalk Up: First, how does your body feel after these past six weeks?

Allison Ehle: “No lie, my body tapped out on me yesterday as soon as it was done. Most of that was the more repetitive nature of some arguably already ‘dangerous’ movements. Like that many GHD sit-ups and the effect it’s had on my hips and back, or my calves with the number of double unders and high box jumps…it’s been a lot.”

MCU: What do you think about the idea of having to declare one path for your competitive season following the Open?

AE: “I don’t think that’s a bad idea, but I also don’t know if I would suggest it. Maybe the old way of declaring team versus individual would be beneficial, where individual scores got removed after the Open. But I think between ‘individual’ and age groups it gets tricky.”

“I’d love to know ahead of time that I won’t have to stack up to the big name veterans for sure. But also can see where we all want to make it, no matter how that looks. Or, another possible solution, if the workouts are going to be so similar, why not make them exactly the same and do all of them on the same weekend?”

“I especially see this being more problematic on the teenage side of things, almost more than for Masters. That’s because as masters we know a lot of our training and decisions are to stay in one piece already. Longevity is key. The teens have a much longer longevity road ahead of them and may not be the ones in charge of that decision making. I have to really hope they have a good coaching/support staff around them to make the best overall decisions for them.”

MCU: So, you’re saying it’s not necessarily too much to compete three times in six weeks doing mostly the same workouts, it’s only a problem if you don’t have a good system in place to manage that?

AE: “Yes, mostly. I will say, doing the same workouts over and over is a bit disheartening to an extent. But, if they keep it up, I know how to game it next year to my advantage. Heck, I now know I have six weeks to optimize my lift and I could test it as many times as I want and under my best conditions leading up to the Master’s weekend.”

MCU: If you were gaming it to your advantage, wouldn’t you really just be focusing on one of the competitions anyway?

AE: “Perhaps. I also did not necessarily push as hard as I could through the Individual Quarterfinals, and mostly tested them for Breona Wallin who qualified for Semifinals and will be competing at the West Coast Classic. But, I was able to gain so much insight that eventually helped me for the final weekend (the AGOQ).”

MCU: Is there any level of disappointment in how similar the programming was?

AE: “I think the real disappointment is that they are only finding the fittest in these movements, and not necessarily the most well-rounded athletes to go to the Games. Especially in the Age Groups because there isn’t another stage like the individuals have. It feels a little lazy because of that. Could they really not come up with at least different events for one of these weekends?”

“I also found the submission deadlines a little frustrating for the Age Groups only. The majority of the Masters probably have full-time jobs outside of CrossFit and I’d imagine many of the teens are still in school. Having to request time away from work / school, three separate Fridays to meet the submission deadlines, and then have to do essentially the same movements over again each time was a bit uninspiring.”

MCU: Have you talked to anyone else about this? Do they share your feelings and opinions?

AE: “It seems to be the general feeling for most, but we all still paid the registration fee to participate, so we can’t be too upset!”

The big picture: We don’t necessarily know how many athletes who qualified (and competed) in all three of these competitions there were. However, having the perspective of someone who actually did this is quite valuable. It’s one thing to conceptualize this plan, and another thing to offer an opinion about it, but the only way to really know how it plays out for an athlete is to talk to someone who did it. As they always do, CrossFit will evaluate the schedule for future seasons and make adjustments And if this ends up being the only year in which athletes even have the opportunity to do all three, then congratulations to Allison and any others who survived all three competitions.