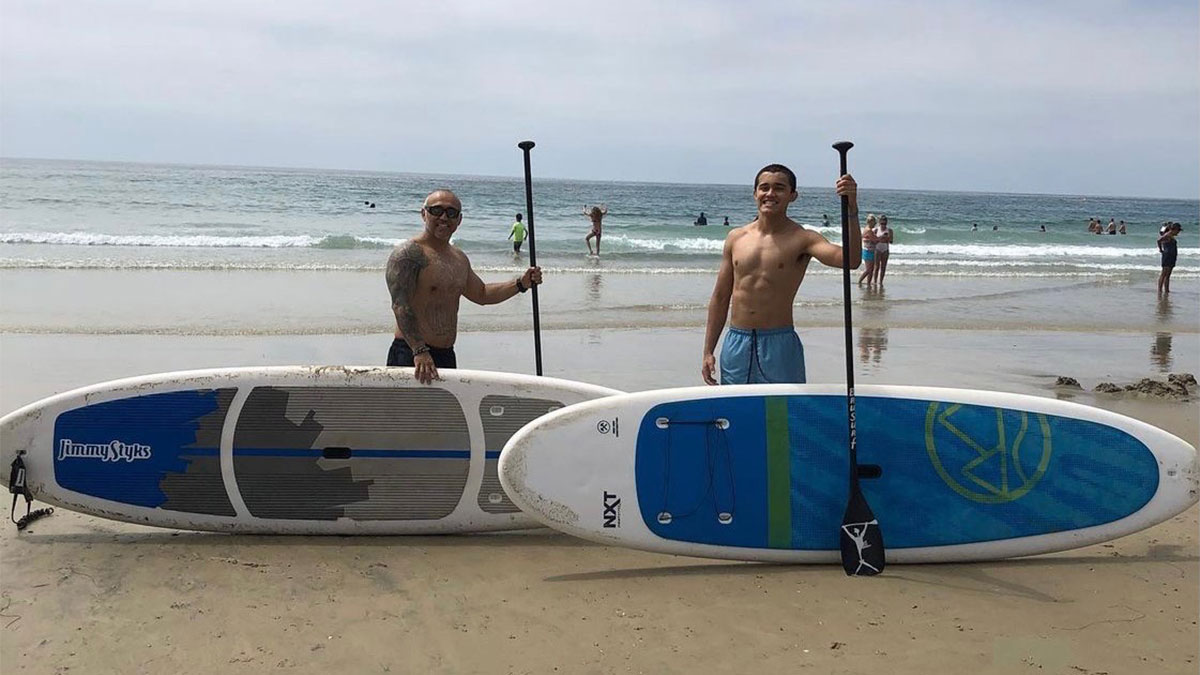 17-year-old Rich Jaure might strike you as a typical CrossFit teen. He’s one of many that have flocked to the sport in the last six years since the induction of the CrossFit Games teen division. Jaure could talk for hours about Semifinals programming and the athletes he looks up to as he hopes to one day make CrossFit a career in the individual side of the sport.

But placing 83rd in the 2021 Age Group Online Qualifier was anything but extraordinary for this Arizona native. Just three years ago he was rushed to the hospital for emergency brain surgery.

The crash: Just days after placing 55th in his first AGOQ at age 14, Jaure was riding ATV’s with his friends when tragedy struck.

The recovery: After the procedure Jaure was only in the hospital for 12 days, a rather short hospital stay after undergoing brain surgery. Once he was discharged back home, he underwent a three month period where he needed to keep his heart rate under 120 BPM, followed by an addition three months before he was fully back in the gym.

Jaure continued to train for the next three years, making an impressive four out of four possible AGOQs. As he now gets closer to entering the Individual Division, he has a greater appreciation for the influence that elite athletes can make on youngsters.

The bottom line: While Jaure’s traumatic injury has helped shaped who he’s become, he says it also inspired him to be an ambassador for the sport by helping others who may be struggling or endure a life-altering injury too.