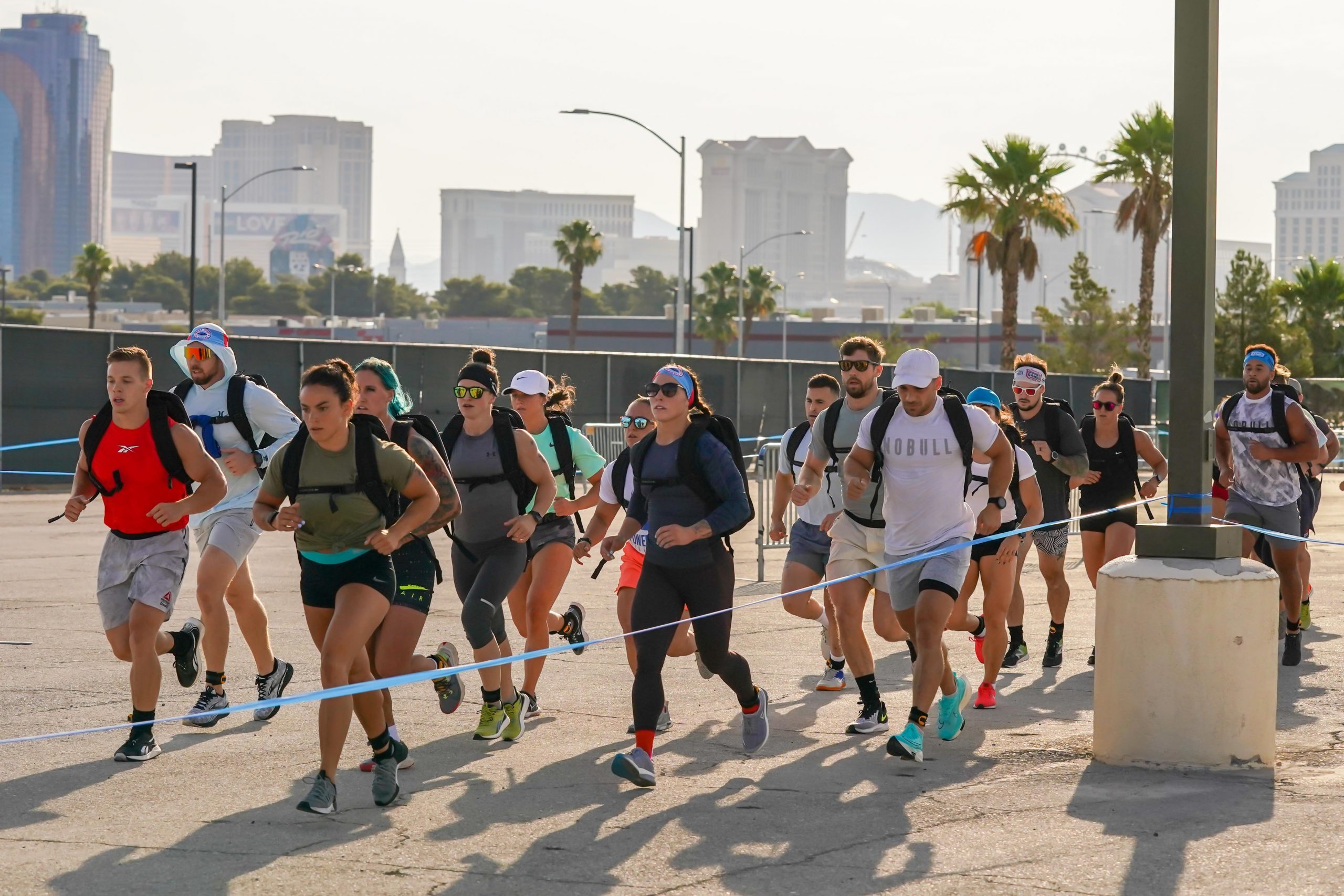 And just like that the 2021 NOBULL CrossFit Games Semifinal stage is done. Three Semifinals took place over the course of the weekend: the West Coast Classic, the Atlas Games and the Asia Invitational, resulting in 24 athletes and 12 teams punching their tickets to Madison, WI. Our analysts Tommy Marquez, Brian Friend and Patrick Clark give us their takeaways from the exciting weekend.

The other Asia contenders: The road to the Games (mostly) goes through Russia in Asia, but it might not be long until that’s not the case. Earlier in the season when the rulebook revealed that Russia would be grouped into the Asian continent, we speculated that for anyone to qualify to the Games from there they would have to go through the Russian athletes to do so.

However, the second qualifying woman (Seungyeon Choi of South Korea) and the second qualifying team (Team DUBAI) were clearly not, which means we get representation from other countries at the Games in addition to the three Russian individual athletes and four Russian team athletes that will be in the field.

Additionally, Kyrgyzstan’s Denis Samsonov in particular has shown that he is right up there in the conversation with the top three Russian men. He had 508 points, only 20 points behind 2020 Games athlete and 2019 Italian Showdown champion, Roman Khrennikov. And for the women, in addition to Choi, Japan’s Yuko Sakuyama squeezed in between several Russian women to occupy the fourth place position. She was 20 points behind Choi in the final Games position. Both Samsonov and Sakuyama will head to the Last Chance Qualifier, but regardless of how they do there, it’s a really positive sign for competition continuing to grow and develop in Asia.

When it became clear that California would not be a realistic option for Loud & Live Sports to host live competition with spectators in the way they were hoping, they began searching for an alternative to the famed Del Mar Fairgrounds. I’m not sure what other venues were considered, but the decision to come to the Orleans Center in Vegas paid off in spades.

The competition floor was amongst the most spectacular and beautifully laid out I’ve had the chance to experience. There was ample space for athletes, media, spectators, and vendors to do their thing. There was easy access to an outdoor area should the competition want to (or need to) feature a running event as it did this year. The floor was the appropriate dimensions for storytelling both in person and on the livestream. And, the arena, despite not being full this year as some are perhaps still skeptical to travel and attend large events, is the optimal size and shape to host a qualifying event to the Games. I had goosebumps on the finale as it was, and can only imagine the energy and drama if the stands had been full.

I’m not saying the West Coast Classic shouldn’t return to Del Mar when it’s able to, but I do think a conversation is worth having, because this was a great site for elite level, live CrossFit competition.

Oh Canada: The Atlas Games were originally going to be held in Montreal, Quebec but the chances of that competition hosting athletes due to COVID-19 travel restrictions eliminated that from happening. Instead the competition went online with CrossFit programming the events. Despite being online, the competition still had a Canadian feel to it with over half the field on the individual male and female side representing the country.

The top of the final leaderboard and the ensuing Games invites reflected that as well. On the men’s leaderboard, all five Games qualifying spots went to Canadians as Patrick Vellner dominated the field, winning by 52 points. For the women, Canadians took three of the Games invites led by Atlas Games champion Carolyne Prevost. The top team from the competition is based in Canada as well, with PRO1 Montreal also putting on a dominant performance, winning four of the six workouts.

After their performances this past weekend, do not be surprised to see an athlete or athletes holding up a Maple Leaf flag behind them on the podium across all three divisions at the Games in five weeks.

A healthy Bethany Shadburne puts on a show: When Shadburne burst on to the Games scene at the 2017 Games as a 23-year old rookie there was much promise in her future in the sport. She placed 22nd in her debut and got better every year up to the 2019 Games when she placed 8th overall. However it was during that 2019 season that injuries started to affect her as she went into the Games that year at less than 100%. Injuries continued to play a factor during the 2020 season and yet she still qualified for the Games however she regressed to 20th place.

It was during the 2020 Games that she met Justin Cotler as she joined Kari Pearce and Danielle Brandon in Sacramento, CA to do the online stage of the Games together. All three women immediately formed a bond, employed Cotler as their coach and moved to Las Vegas, NV to train together under his watchful eye with the newly formed Underdogs Athletics camp.

The trio’s training sessions have become legendary as all three women have been able to push each other and make each other better. Cotler has also been able to help Shadburne stay healthy while reaching her optimal abilities.

That was finally put on display at the West Coast Classic as Shadburne looked unbeatable at times as she won against a stacked field that included her two training partners. After two fourth place finishes on the opening day she showed the grit and determination that she has been known for in the grueling 6K Ruck Run to start day two, winning the event by nearly two minutes over her next closest competitor. She followed that with another win in the “Triple G Chipper”, finishing ahead of Pearce by 30 seconds. In all she collected six top-five finishes with her worst finish being ninth in the final event.

Though she won the competition by just four points over Pearce, she showed that she could supplant her teammate as the top American woman currently in the sport. A healthy Shadburne should be a favorite to podium at the Games.

Dad strength: Cole Sager and Patrick Vellner, the two winners of the North America Semifinals this weekend, had an extra special piece of motivation Sunday as they put the finishing touches on a tremendous weekend of competition. Both were celebrating their very first Father’s Day as new dads, and clearly it did not take long for the “dad strength,” to kick in.

Sager and his wife Genasee welcomed their baby boy Jack back in December of last year, and one could argue this past weekend was one of the finest performances of Sager’s career. He finished the first six events in fifth place or better, including two event wins, and for once Sager got to put things in cruise control in the final event. It is the best version of Sager that I have seen since Saturday of the 2016 Games, where he finished all three events in the top three, winning The Separator event, and eventually taking fifth overall.

Vellner probably had one of the more eventful weeks of his life, as he and his fiance Michelle welcomed their son Owen to the world last Friday, and one week later Vellner was back on the competition floor, throwing down for day one of the Atlas Games. Vellner’s dominant win was a piece of redemption for him after having to do stage one of the CrossFit Games nursing an injury. His performance this weekend was a nice reminder why, when healthy, he has as good a chance as anyone to take home the gold at the Games.

Atlas women insanity: After looking at the leaderboard for the Atlas Games women’s division it is an absolute travesty that the community did not get to witness it in person as a live event. It is probably the most insane point spread I have ever seen in my thirteen years of CrossFit.

Every single spot in the top 11 was up for grabs going into the Grettel finale, and when the dust settled the leaderboard was flipped on its head. For starters, first through third were separated by just one point, and first through seventh were separated by 33 points. But like a fresh can of Pringles, once you pop the fun don’t stop, and 11th place Chyna Cho was only 57 points back of eventual winner Carolyne Prevost.

I know what you’re thinking, “hey Tommy, 57 points is kind of a lot.” Au contraire my precious reader, Cho gave up 51 points alone on the final event, meaning that going into Grettel she was only six points back. Anikha Greer and Alexis Johnson — the sixth and seventh place finishers on the bubble – gave up 36 and 40 points on the final event to Prevost and finished 32 and 33 points back of first respectively.

Translation: the qualifying spots at the Atlas Games were like a table at a speed dating event, with people rotating through left and right seemingly nonstop. Hopefully these virtual Semifinals are a thing of the past and next season we all get to enjoy all the action in person.