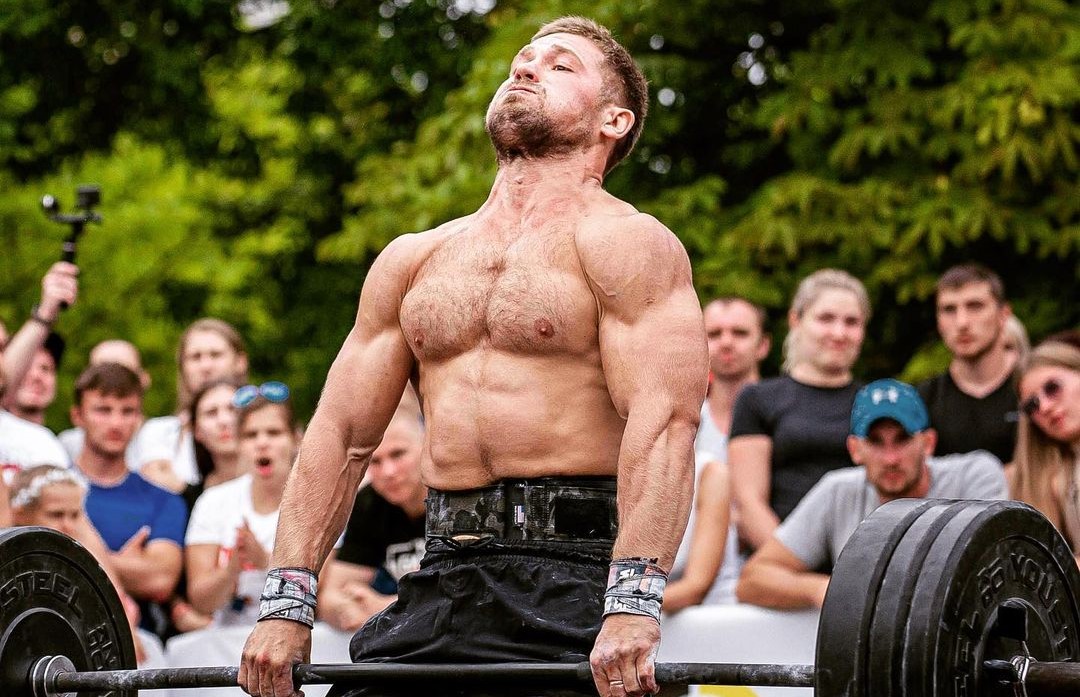 The CrossFit Asia Invitational came to an end on Sunday, June 20, with the final two events of the weekend. Two male and female athletes punched their tickets to the 2021 NOBULL CrossFit Games, as did two teams. Three others from each division secured spots in the Last Chance Qualifier. Interestingly enough, the list of men headed to the LCQ included a man who entered the weekend as a favorite to win.

Russian Federation athlete Svetlana Kubyshkina started the weekend in the second position behind fellow athlete Svetlana Veselova, but she quickly took control of the CrossFit Asia Invitational. Kubyshkina took the top spot on the second day with an event win and then she turned in another strong performance on the final day. She finished second in Event 5 and fourth in Grettel, racking up 544 points across three days and punching a ticket to the CrossFit Games.

Veselova, on the other hand, ended the weekend in the third position and secured a spot in the Last Chance Qualifier. She won Event 5 and took fifth in Grettel, but this performance was not enough to knock a fellow competitor out of the second position. That spot belonged to Korean athlete Seungyeon Choi, who edged out Veselova by eight total points and locked up an invitation to the CrossFit Games.

Japan’s Yuko Sakuyama and the Russian Federation’s Aizhan Zharasova rounded out the top five spots in the women’s division after three days of competition. They both secured spots in the Last Chance Qualifier and gave themselves another opportunity to reach Madison. Sakuyama did so by taking third in Event 5 and winning Grettel while Zharasova took seventh and ninth, respectively.

Roman Khrennikov and Stas Solodov took part in an exciting back-and-forth during the three-day virtual competition. They fought for the top spot on the leaderboard and combined for eight top-five finishes and two wins. However, Solodov turned in his best performance at the best possible time for him. He took second in Event 5 and then won Grettel to lock up a win in the CF Asian Invitational.

Khrennikov, on the other hand, slipped to third despite turning in a solid day overall. He finished third and fourth in the final two workouts, respectively, but lost out on a Games invitation due to fellow Russian Federation athlete Aleksandar Ilin. The runner-up behind Solodov won Event 5 and then finished second in Grettel, leapfrogging Khrennikov in the process. However, Khrennikov will walk away with the first LCQ spot.

Following the first two days of competition, Kyrgyzstan’s Denis Samsonov and Iran’s Morteza Sedaghat held onto the final two LCQ spots. They remained in those positions on the final day with consistent performances. Samsonov finished fifth and third in the final two workouts while Morteza took seventh and sixth. They did not book trips to the CrossFit Games, but they gave themselves another opportunity in the LCQ.

Of the teams competing in the final week, Kolesnikov Team arguably turned in the most dominant performance. The team did not finish outside the top two in any event and walked away with three wins. Kolesnikov Team racked up 585 points, 15 more than the runner-up and locked up an invitation to the 2021 NOBULL CrossFit Games.

Team Dubai did not overtake Kolesnikov Team during the weekend’s events, but the group of athletes made a strong push late. The team won both events on the final day and scored 200 points in the process. This performance guaranteed a spot at the CrossFit Games and capped off the weekend in exciting fashion.

Next to Kolesnikov Team, CrossFit Muharraq was one of the most consistent groups during the three-day competition. The team posted back-to-back third-place finishes on the final day and ended the weekend with 495 points.

WOD Friends ended the second day of the competition in the fourth spot, and the team maintained it with a consistent performance on Sunday. WOD Friends posted back-to-back sixth-place finishes to cap off the weekend.

MVMT Dubai sat in fourth at the end of the first day of competition, but the team could not hold on as the competition continued. MVMT Dubai dropped to fifth on the second day and then fell to sixth after a 17th-place finish in Event 5. Redyar, on the other hand, made a strong push on the final day with fourth and seventh-place finishes in the last two events. Redyar leapfrogged MVMT Dubai to round out the top five.

What’s on tap for the athletes: With the CrossFit Asia Invitational complete, the four individual athletes and two teams will prepare for their respective trips to the United States for the 2021 NOBULL CrossFit Games. The big show will kick off on July 27 and run through Aug. 1 in Madison, WI.

For six other athletes, however, the work is not yet done. There are three male and three female athletes that have one more weekend of competition. They will face off in the Last Chance Qualifier that runs from June 28 through July 4. The top two male and female athletes from this virtual competition will advance to the CrossFit Games.