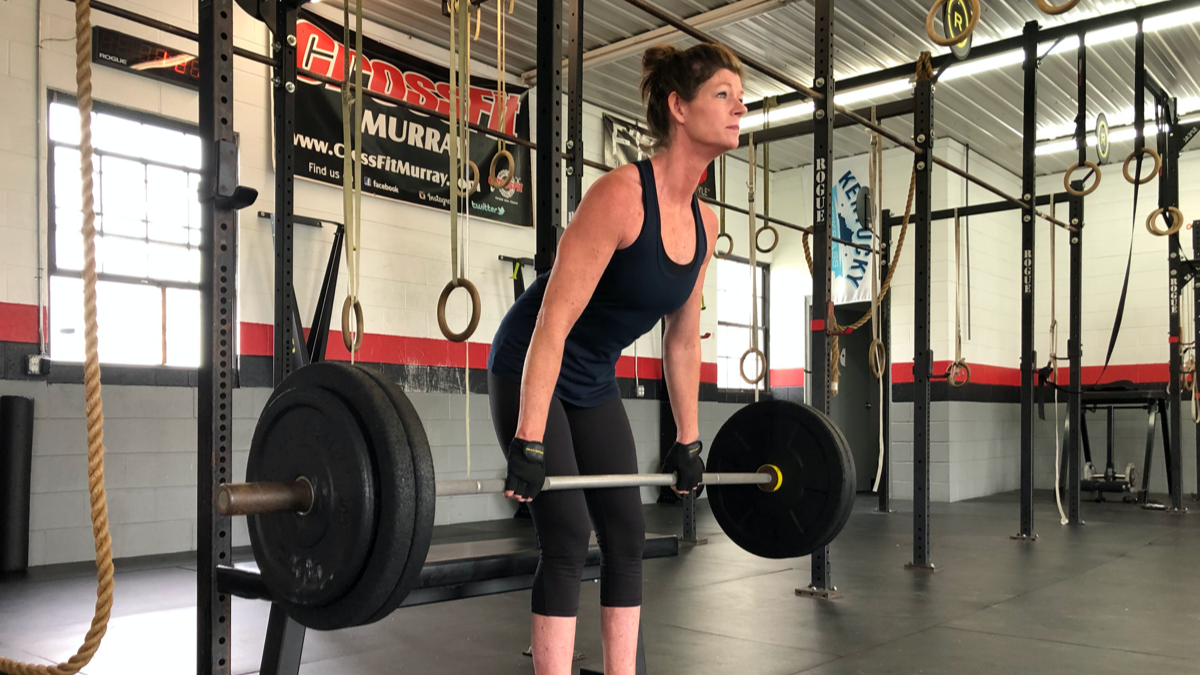 When she was first diagnosed with Hereditary Spastic Paraplegia, a rare genetic disease that weakens muscles below the hips, Kari Averill didn’t tell many people.

The details: For years, doctors couldn’t figure out what was wrong with Averill, who started “walking funny” and eventually needed to use a cane to get around.

Today: Not only can Averill do a wall ball shot and catch the ball, she can stand on a BOSU ball and squat and catch. “The biggest physical improvement has been with my balance,” Averill said.

One big thing: CrossFit, and the results she has seen, have given Averill the confidence that she doesn’t have to succumb to her prognosis.

The big picture: Considering the disease is genetic, Averill’s mission is to show others in her family the importance of fighting.