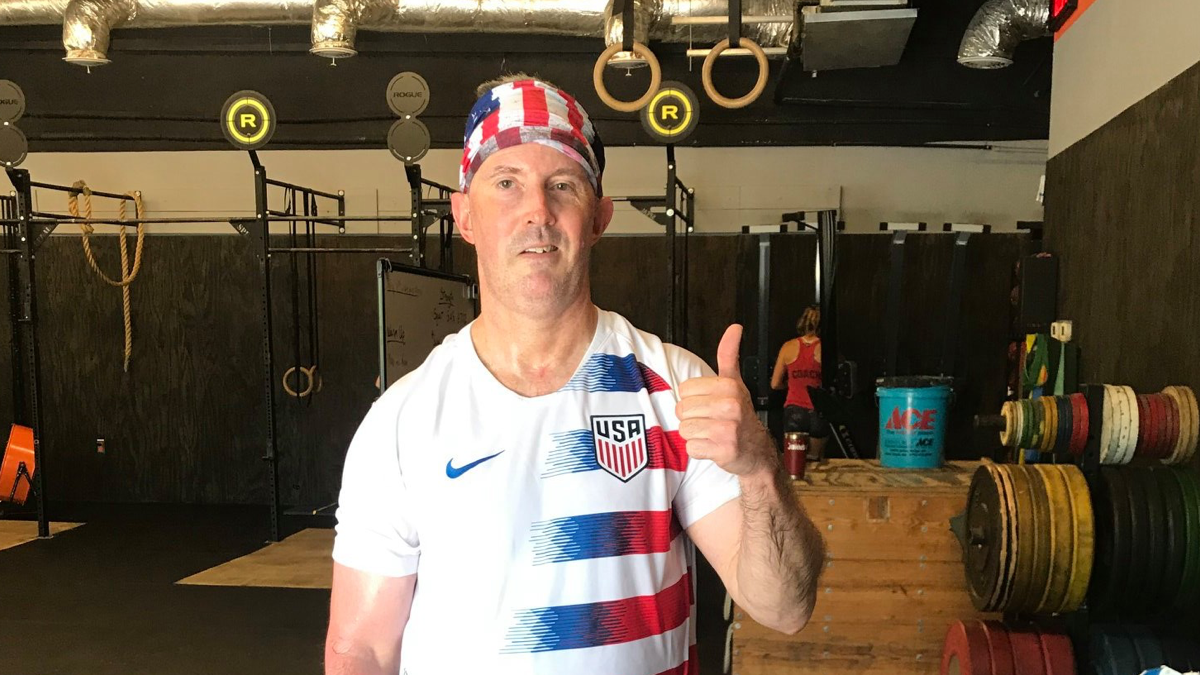 On November 30, 2016, Paul Dewey stroked out at his gym, CrossFit Johns Creek in Georgia.

Dewey suffered an acute ischemic stroke. Within 30 minutes, Dewey, 52 years old, an athlete and a father, was on his way to the local hospital.

One week later, Dewey was discharged and sent to The Shepherd Center, a rehabilitation clinic where he now volunteers, in Atlanta. He spent five weeks in intensive care, with occupational, speech, and physical therapy six hours a day, before getting moved to an out-of-patient facility.

Building back up: Dewey’s first workout back was a half-Murph, to which he says, “I was winded, big time. I was depressed. I was, I mean, I thought to myself — how long is the recovery?”

Dewey and Smith worked together to find the best scales for him. She gives examples:

Dewey says he “struggled regularly,” and was “pissed off” for five to six months until slowly, he started making progress. “Neuroplasticity is the real deal,” he adds.

And, the drive paid off: Dewey tested his strength semi-annually, and each year, the numbers began to rise.