Teacher Leads by Example, Fulfills Dream of Opening an Affiliate at her High School 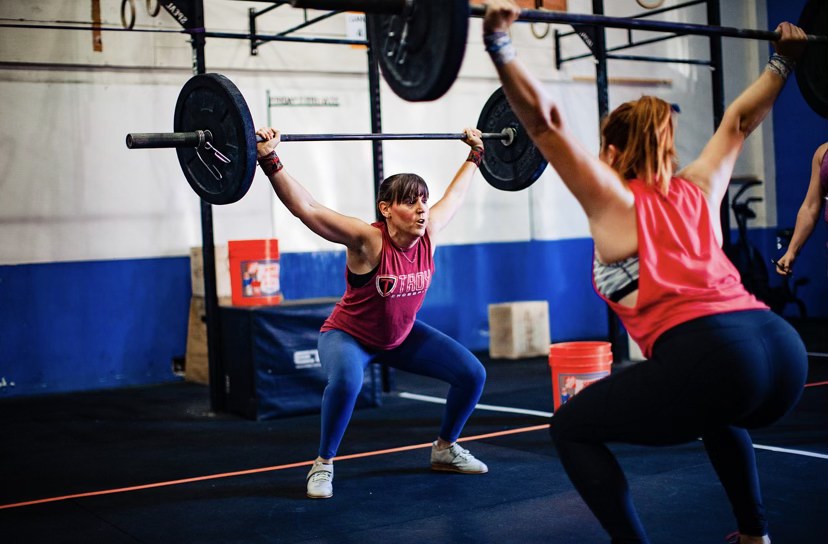 When Jenny Schafran first tells her 9th and 10th grade English students they’re going to watch The Road to the Games CrossFit documentary, or a Buttery Bros episode, their reaction is always the same: “We’re going to watch a movie about people working out? Ugh!” laughed Schafran, a teacher for the last 12 years in Chula Vista, the metropolitan area of San Diego, CA.

“Then about 15 to 20 minutes in, they’re telling me who they’re rooting for and asking to watch another one the next time we have a free day,” she said.

Since 2015, Schafran, a Level 1 coach who started CrossFit in 2013, has been exposing her classes in creative ways to CrossFit and nutrition, hoping it will rub off on her students at Sweetwater Union High School, a school in an area of the city where one in three kids are overweight or obese, and more than 80 percent of students receive subsidized lunches.

One of her exposure tactics has been to create a teacher Instagram account, where she posts about CrossFit and sometimes includes hints and answers to quizzes to entice her students to visit her page. Another has been through rules she implements in class, such as, “You can eat in class as long as it’s healthy,”  Schafran explained. Considering many of her students drink soda for breakfast, this rule opens a dialogue about what good nutrition is, she added.

While Schafran’s efforts have exposed and educated dozens of students in recent years, she has always had a much larger goal: To build an affiliate and run an after-school CrossFit Club at Sweetwater Union High School.

That dream is about to become real this August.

When Schafran’s gym — Troy CrossFit in San Diego — closed their doors recently because of financial trouble brought on during the pandemic, Schafran saw an opportunity to purchase their equipment and open an affiliate at the school.

After speaking with her principal and convincing other teachers and coaches it was a good idea, Schafran managed to secure funding from ASSETS, an after school-program administered by the California Department of Education that funds programs to keep kids off the street.

Since receiving the news, Schafran has spent her summer getting the CrossFit affiliation in order and setting up the new affiliate — Unified CrossFit — in the school’s weight room. She’s also managed to get the ball rolling to create a similar facility at Chula Vista High School, a nearby high school with a similar demographic as Sweetwater.

Come August 2021 when kids return to school, Schafran will begin offering two CrossFit classes a day three to five days a week, to the 3,000 students at the school, including the school’s various varsity teams. Currently she’s the only coach, but she’s hoping to raise money to hire a second coach and programmer, she explained. Her ultimate goal is for all seven schools in the nearby area to offer CrossFit Clubs who can compete against each other in district-wide throwdowns.

Schafran’s reason for dedicating so much time and energy into providing her students the opportunity to try CrossFit is twofold:

“The type of student we have here, they don’t have a lot of people in their lives that spend a lot of time with them, so we want to show them that we care,” she said. “Part of it is about my love of teaching, but it’s also about showing the kids what CrossFit can do,” she added.

Schafran wants to show these students that CrossFit is for anyone. “It doesn’t matter how strong or big or little you are, or if you have no muscles yet. It doesn’t matter what your body shape is. It’s about coming together and doing something to increase your health and live a healthy lifestyle,” she said.

Schafran added: “I would love to see it grow and love to see these kids walk away from high school with a better understanding of health and fitness.”

Donate to the CrossFit Club here.