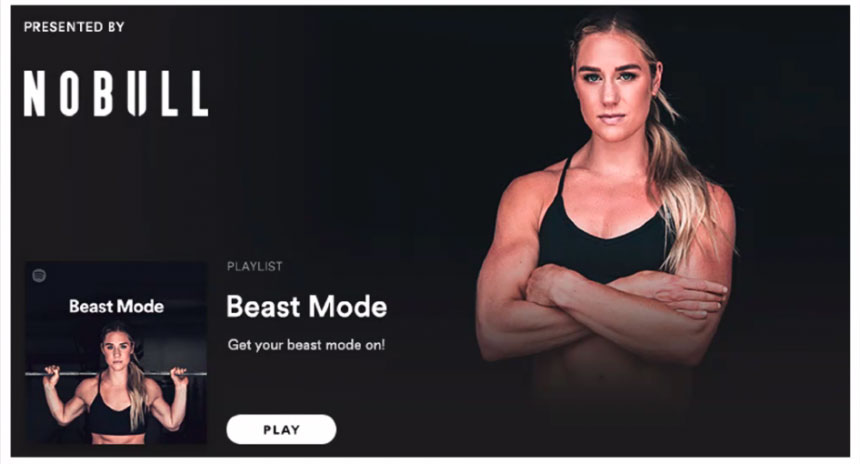 From today through Sunday, seven-time CrossFit Games athlete Brooke Wells will be the new feature thumbnail of Spotify’s Beast Mode playlist, the most popular workout playlist on the music streaming platform with more than 8 million subscribers globally.

That’s not all: NOBULL has also launched a blanket takeover of all 57 Spotify curated workout playlists with a 25-second long video ad featuring Brooke Wells to play throughout the entire Games week.

Why it matters: Whether intentional or not, the CrossFit industry’s advertising has largely been centered around targeting existing CrossFit consumers, as most of the companies are CrossFit-endemic and built specifically to cater to athletes actually doing CrossFit. We could be starting to see a shift.