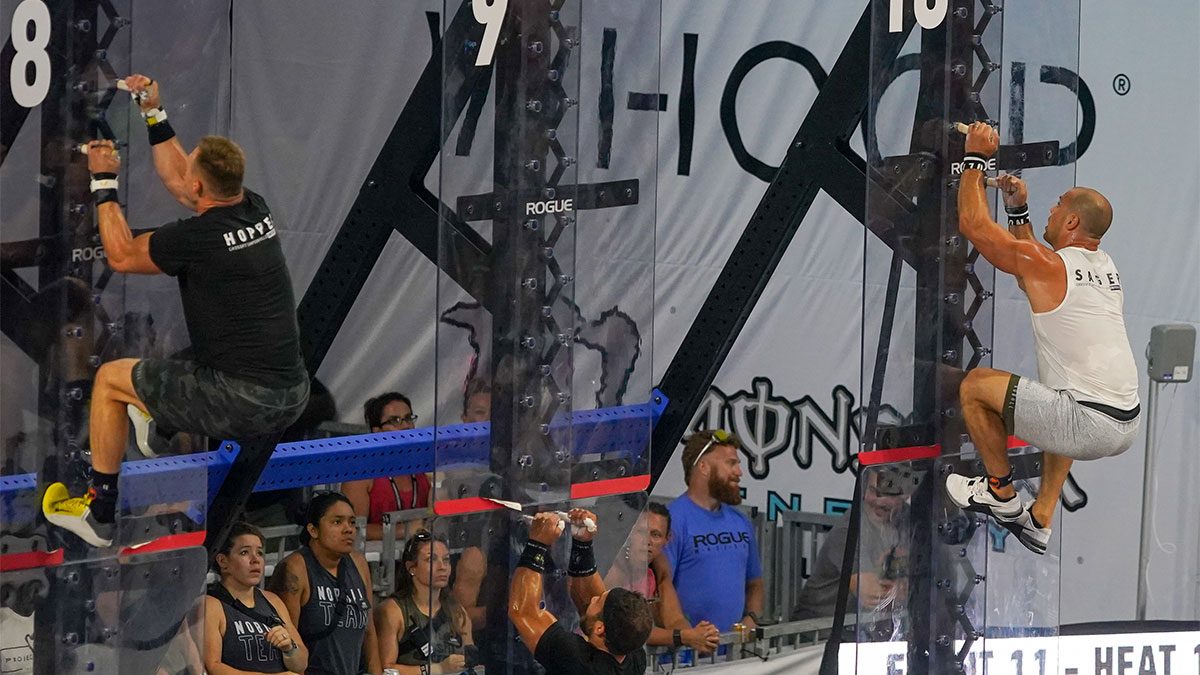 Individual Event 11 at the 2021 CrossFit Games featured a peg board, a dumbbell, and some double unders. Although the dumbbell movements and quantity of double unders were quite different, this workout had a familiar feel of the Split Triplet from 2019.

The other unique thing these two workouts share is that they were the first workout after the final round of cuts. In 2019, there were only ten athletes remaining for both the men and the women at that point in the competition, this year, there are 20.

Here’s a quick side by side of the men, and then the women, for reference:

There are a couple of data points worth taking note of here:

Big Picture: The cuts are controversial for several reasons, and people have opinions on both sides of the conversation which are valid. All we want to do here is acknowledge that several very capable athletes on this particular triplet missed out on the opportunity to show that prowess a couple of years ago; and none more so than Cole Sager (who by the way, moved from 20th all the way up to 10th in one event following the final round of cuts).