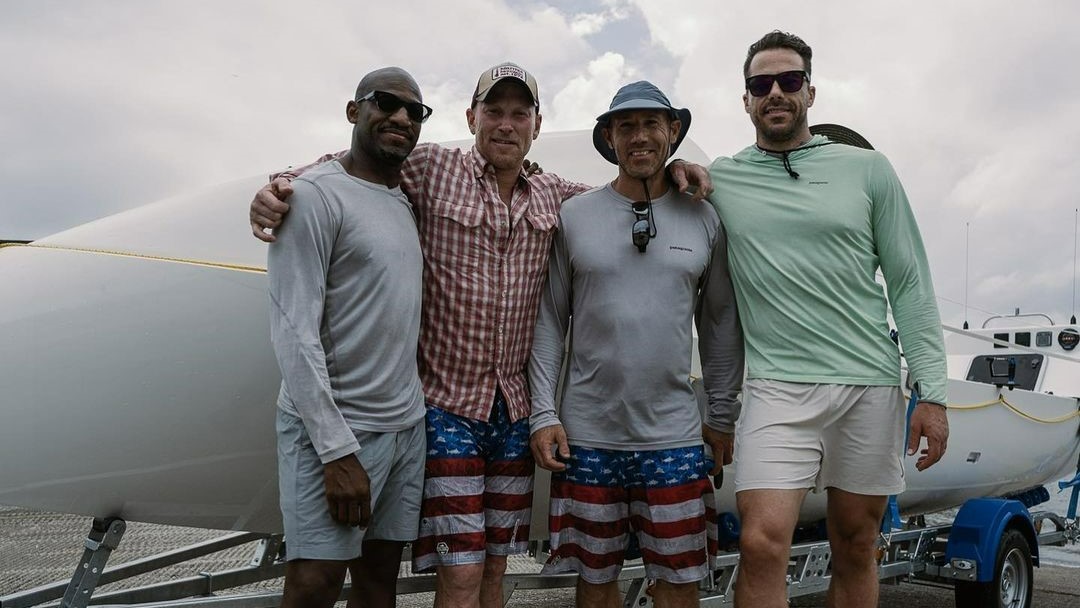 Chriss Smith, the co-owner of Trident Athletics in Virginia, is on a new mission. The OG CrossFitter is partnering with three other military veterans to complete the World’s Toughest Row — 3,000 miles across the Atlantic Ocean — hoping to set a word record along the way.

The details: The four-man team — made up of three former Navy SEALs and one Marine — will compete against 18 others in a race that starts in the Canary Islands. They will travel more than 3,000 miles, starting in December 2022, before arriving in the West Indies.

Endurance athlete Katie Spotz completed a similar feat, rowing solo across the Atlantic Ocean at the age of 22 in 2010. She departed from Dakar, Senegal, in January and landed in Guyana, South America, in March.

Extensive Preparation: The four-man team has spent time working in the water with Jonathan Burns, a former collegiate rower and member of Team USA. They also tested themselves with a very different style of physical labor.

Bottom line: CrossFit is supposed to make people better prepared for all aspects of life that will test them physically and mentally. Smith and his teammates will put this theory to the test in December 2022 while racing several other teams across the Atlantic Ocean.