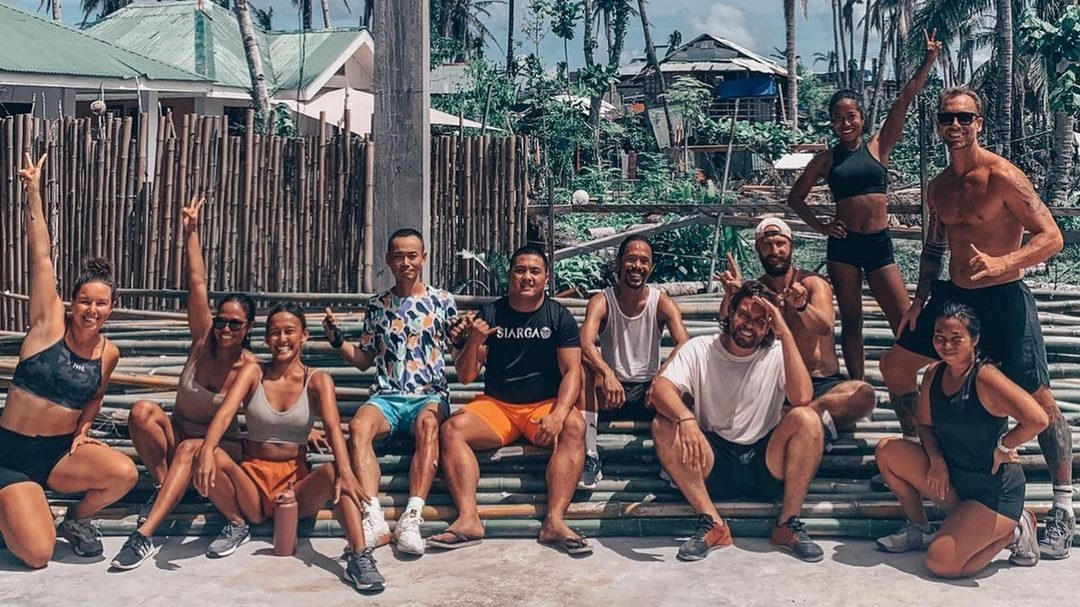 Friends and business partners Mike Breuker and Daphne Oudshoorn considered throwing in the towel and walking away from their gym—CrossFit Siargao on Siargao Island in the Philippines—when it was all but destroyed by the fatal Typhoon Odette that hit the island on December 16, 2021.

“That was the first question. Are we actually going to rebuild?” Breuker admitted, adding that not only was their gym destroyed, but the Typhoon also took out Oudshoorn’s house.

Despite their doubts about going back to the island and returning to gym ownership, something told them to begin the long rebuilding process.

Their Journey to the Philippines

Breuker and Oudshoorn first started CrossFit in their homeland of the Netherlands when Breuker became Oudshoorn’s coach in 2016. The two became friends, and soon after that, Oudshoorn started coaching, as well.

“And after one training (session), we were cycling home, and Mike was saying, ‘I’m thinking about starting a gym, somewhere in Asia’…and my first reply was, ‘Wherever you go, I will come with you so we can start it together,’” Oudshoorn explained.

After doing some research, they settled on the Philippines, where they found some land in the jungle that would become home, not just to their gym, but also to both of their houses.

And then, just as they were getting set to open their gym, COVID-19 hit and the country went into lockdown. So the first year-and-a-half of their gym ownership was spent during a pandemic, and the moment they were finding their footing, Typhoon Odette hit and destroyed their gym.

Where They are Today

Rebuilding their gym since the Typhoon is “going very slow,” Breuker said, as the island is isolated and secluded, and it’s very challenging to find contractors and engineers because the entire island was pretty much destroyed so everything is in need of being rebuilt. In fact, three months after the Typhoon, there’s still now power at their gym, and still no roof.

Recently, however, they managed to secure a team and an engineer, who will begin rebuilding their gym within the next two weeks, and they’re estimating “to be operational again” two to three months after that, Breuker said.

In the meantime, they have re-opened their doors and are offering limited classes to current members.

“After what happened on the island, a lot of people are very much in need of moving, so we decided to do two classes a week…just (to) have the people that are still here, have them back in, connect with everyone…and just sort of keep the community vibe going,” Breuker said.

Needless to say, “it has been financially very challenging,” he added. Had it not been for the worldwide CrossFit community, who has raised money for CrossFit Siargao in recent weeks, Breuker and Oudshoorn wouldn’t have had the financial means to rebuild.

“We were really surprised and overwhelmed by the support of the community. Friends and family back home and the CrossFit community worldwide…people were starting initiatives, people were doing (fundraising) workouts…so that was a great support,” Oudshoorn said.

Breuker added: “The (number) of box owners, coaches, people we had never even spoken to…in those six days that we weren’t on our phones (because they lost signal in the Typhoon)…they had already started funding pages, they did workouts, anything you can imagine…This was like something we have never seen before.”

Why They’re Rebuilding: While Breuker and Oudshoorn did pour all of their financial savings into their new life as gym owners in the Philippines, they say rebuilding is about more than money.

“This has been our dream for so long,” Breuker explained. And even though the first year-and-a-half wasn’t what they expected it to be, they still managed to build a strong, loyal community during a pandemic, one they just couldn’t abandon, he said.

“Being the only box on the island, and one of the few left in the country…We can’t just walk out and go.”