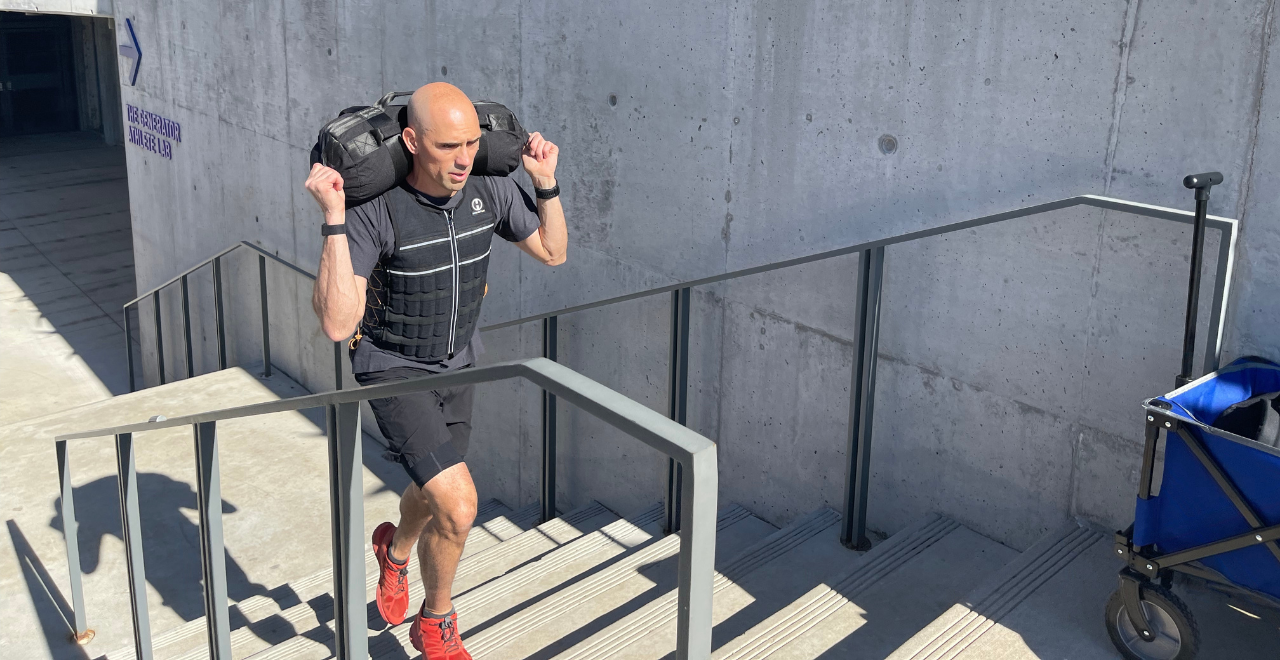 In 2015, Robert Killian’s military mentor convinced him to sign up for a Spartan Race, a sport he knew absolutely nothing about.

Killian was apprehensive, mostly because he didn’t want to be “the guy who shows up and hasn’t done a race before,” he explained.

“Like a CrossFitter, I didn’t want to show up never having done wall balls. I wanted to at least practice,” said Killian, who then signed up for a small Spartan race in Breckenridge, CO just to get his feet wet.

Three Spartan Races to his name later, and Killian became the World Champion in 2015.

Who is Robert Killian?

Killian, 40, is best known for being a two-time Spartan Race World Champion—a sport that involves running between three miles and 26 miles, broken up by various obstacles along the way—but the 20-year Army veteran has a host of other athletic accomplishments to his name, as well.

Killian is also a two-time Kona Ironman military champion, the 2020 Tactical Games Champion, and he earned Army Athlete of the Year in 2010, an accomplishment he credits both to his military background and to incorporating functional fitness, which he said helped him gain “the mental toughness I don’t think you find in a trail runner.”

After becoming the World Champion in 2015, Killian picked up some sponsors and took a five-year hiatus from his military duty to become a full-time Spartan Race athlete.

“I thought it was easy after winning in 2015…but I don’t think I had the longevity to really understand how to win. I came back (in 2016 and was third) and I was like, ‘Shit I really need to change my game plan,” Killian said.

Since then, Killian’s training started to evolve to look somewhat like how a CrossFit athlete trains, he explained. By that, he means, he doesn’t need to be the best at any aspect of his sport, but he needs to be pretty good at everything.

“Obstacle course racing combines multiple disciplines, just like CrossFit. You can’t just be the fastest runner or the one who can carry the most weight, or can go through the obstacles the quickest. You need speed, strength, and endurance. You need all three elements of fitness, which I correlate to CrossFit. The most successful athletes are kind of good at everything,” he said.

Also like CrossFit, Killian doesn’t always know what he’s training for, as the distances and obstacles change from year-to-year and event-to-event, although the Spartan World Championships have typically been between 13 and 15 miles long and include standardized obstacles.

For Killian, this means working on his endurance regularly, and also developing skills like grip strength, running loaded with weight, and carrying 100-plus pound sandbags, sometimes two of them, for long distances.

Killian credits strength training equipment from Hyperwear, a sponsor, with providing him training tools to be able to do just this.  Tools such as Hyper Vest weighted vests, weighted jump rope, and battle ropes, a workout sandbag system that includes a handled sandbag, and SandBell neoprene sandbag weights — a tool that has been especially useful for building core and grip strength. These tools would be valuable for the CrossFit athlete to incorporate into their training, as well, Killian said.

“In my opinion, these types of products can help take you to the next level. Without them, I would be stagnant. And I think that’s true to CrossFit, as well,” he added.

After being canceled due to COVID-19 for two years, Killian’s next opportunity to reclaim his World Champion title is at the 2022 Spartan World Championships in Abu Dhabi, a race that’s set to be a shorter distance than in previous years so it will be more obstacle-heavy than past World Championships.

Though he has his sights set on becoming a three-time World Champion this December, at this stage in his career Killian’s ambitions extend well beyond obstacle course racing.

“Yes I do still want to win races, but I’m more now mentoring, trying to help other athletes get to where I was, and (work with) veteran organizations. There are a lot of non-profit organizations that come out (to events) to fight PTSD and combat suicide and raise awareness,” Killian said.

He added: “And I think, for me, that’s more rewarding now, just trying to use my influence and everything I have worked hard to achieve, and really just motivate people and try to give back to the community.”