The Professionalization of CrossFit is Here 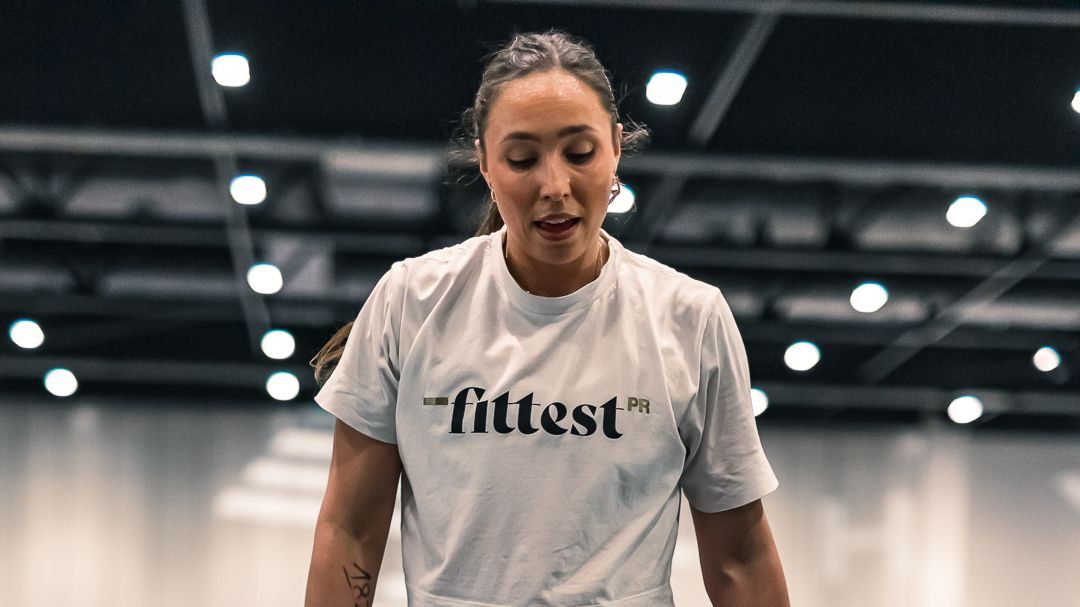 Before Kate Burton founded Fittest PR in 2020 to work directly with CrossFit athletes when it comes to public relations and marketing, she had an entirely different career.

Burton, who hails from the UK, was working in private banking for Merrill Lynch in San Diego, CA in 2011, and was introduced to CrossFit like most regulars are.

“One of my colleagues, who when I first met her, I was instantly in awe at how ridiculously strong and toned she was,” said the 31-year-old Burton. “And she started telling me about a CrossFit ‘box’ she was opening in Del Mar–CrossFit Del Mar.  I had zero clue about what she was talking about and thought it all sounded bizarre, at the time I was just a regular cardio gym bunny. I went along to the opening day, and everyone was so friendly and welcoming.”

Burton got her feet wet and when she went back to the UK in 2018, she started attending CrossFit Wandsworth in London, and was officially hooked on the sport. However, where most people stop (by simply doing CrossFit), Burton had bigger, more ambitious plans in mind.

“The journey towards Fittest PR started when I reached a certain point in my banking career. I had spent 7 years in what is a really demanding industry and I realized it just didn’t set me on fire. I wanted to wake up every morning enthused and passionate about what I did, and I realized that handling other people’s money really wasn’t that.”

Burton said she did learn a lot working in the industry however, especially when it comes to client relations and building personal connections through professional transactions. She moved into the PR world, working for a small specialist firm, however found that the company wasn’t able to zero in on CrossFit like she wanted to.

Thus Fittest PR was born, but Burton needed an anchor client to hang her hat on. At that point CrossFit’s stars were still struggling to attract brands and media’s attention, outside of the realm of CrossFit of course.

“It really clicked for me when I started working with Zack George. He and his team came to me in 2020 with this bold crazy ambition (at the time) to get on the cover of Men’s Health and I loved the thought that I could help promote CrossFit into the mainstream media by working with these amazing profiles and raise the level of attention on the sport as a whole.”

Burton’s success with George (he did grace the magazine’s cover, of course, and has now been featured multiple times) bred an idea that has since started to infect the entire ecosystem of CrossFit: is the sport close to becoming a professional endeavor?

Cooper Marsh, who co-owns Lab Management, a marketing agency for athletes within the CrossFit and traditional sports spaces, represents the likes of Danielle Brandon, Bethany Shadburne, Amanda Barnhart, Josh Bridges and Dallin Pepper to name a few, and agreed that the sport is at a pivotal time in its still short history.

“The sport of CrossFit is at a crossroads right now,” he said. “Gone are the OG (old guard) days of the sport where things were a bit more raw and now the days of professionalizing the sport are upon us. I believe the trajectory is a bit hazy right now as the regime change at CrossFit headquarters finds its bearings. Once they are on solid ground, the community and athletes will ideally have a clear path to embark on that will start to grow the sport again, thus creating more opportunities for brands and athletes to grow in the space.

Marsh added he could see exponential growth in the next five years, however the present remains a crucial time for the sport to reach its next stage of maturation

“The more consistent we all can be from event to event, the better storytelling opportunities there are to grow the eyeballs watching. Once viewership goes up, the money within the ecosystem will increase and get things back on track. Where there is passion, there is money, and there is excitement to build.”

Burton is now one of the go-to’s globally when it comes to CrossFit PR, having worked with the likes of Mat Fraser, the Buttery Bros, WIT, Hyperice, CrossFit itself and the Semifinal Strength in Depth.

Major brands entering the space, whether it be established ones like Monster looking for new avenues, or NOBULL becoming the title sponsor of the CrossFit Games, it’s clear to see CrossFit is now on a precipice when it comes to the sport. The sky could be the limit, but Burton said there is still lots of work to be done.

“The space has seen so much disruption over the last couple of years that it would be beneficial to see a predictable season schedule and qualification process for the Games. For us we see how difficult it can be for athletes and brands to constantly adjust to changing processes, I think that we are moving in the right direction though. The recent Semifinals were very slick, and the sport continues to iterate into a product that can be a global sport and support a robust professional career pathway for athletes.”

Burton said “open and transparent communication” between CrossFit and the community is key for the sport to break out of this incubation stage and further professionalize itself.

She said now is the time to get in on the ground floor, as in a few years, CrossFit won’t simply be an idea inside a guy like Zack George’s head, but a robust industry with key players, real dollar figures and legitimate sponsors, brands and teams all competing in what will ultimately be just like CrossFit – a highly competitive landscape.

“If you are thinking to yourself,” added Burton, “‘I’d love to work in CrossFit,’ but you aren’t sure if there is a role for you, I can say with confidence that it’s such a fertile industry and the demand for talent is huge. As the sport attracts more talented people from different industries we will see the cross pollination and adoption of best practices from other industries that leads to brands and competitions improving.”