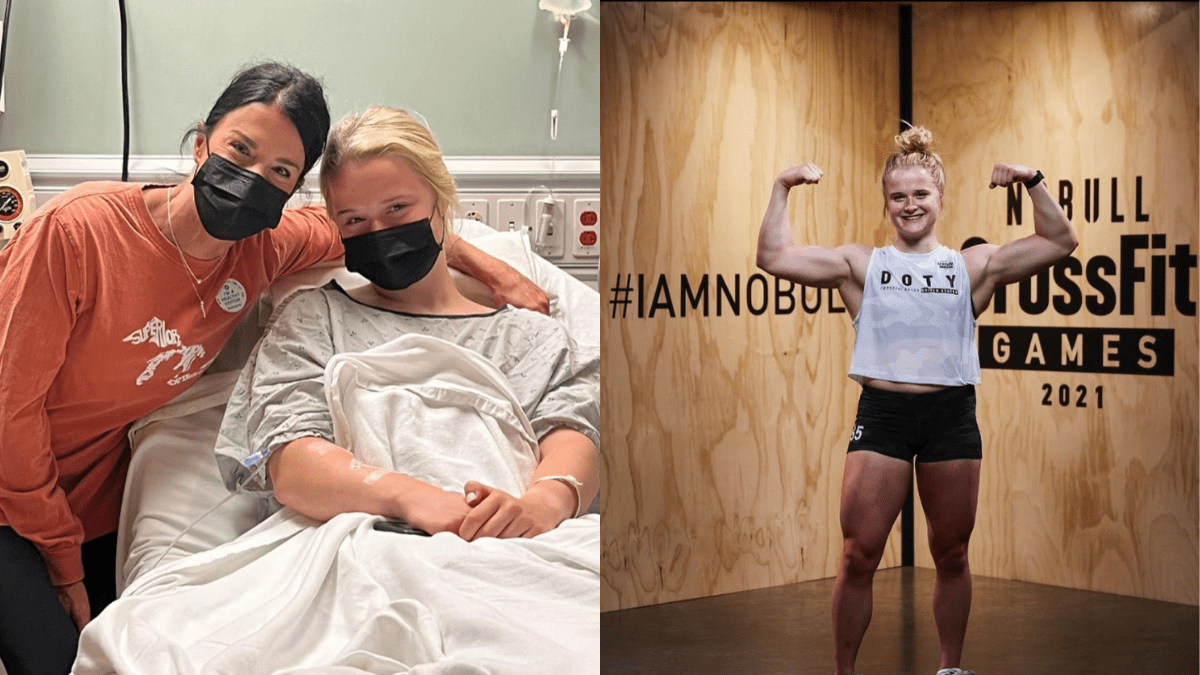 Having quit competitive gymnastics, 11-year-old Claire Doty was looking for something new to fill her time. By the power of a Lauren Fisher and Julie Foucher YouTube video and doctor’s orders to keep her core and back strong to fight off her scoliosis from worsening, Doty found CrossFit.

Of course, the new sport allowed Doty to maintain her physical health and have fun with movement as an 11-year-old should. But it also sparked a new passion for a sense of community, challenge, and competition–in fact, as soon as Doty learned about the CrossFit Games teen division, she knew that’s where she was headed and never looked back.

Through all Doty’s years of CrossFit and the many highlights that come with it, she maintains that the best part of the sport for her is watching her own progress.

However, Doty’s CrossFit progress came to a halt in February, when an annual x-ray showed the curvature in her spine was progressing, meaning she would have to undergo surgery. For Doty, this was a nightmare come true.

After the surgery, Doty developed Rhabdomyolysis, most likely caused by laying on her front for so long on the operating table. Initially, doctors thought a tough workout right before surgery brought on the condition, but Doty had purposefully eased through her last gym session to take in the joy she finds in CrossFit, knowing she wouldn’t be able to exercise for a while.

Rhabdo aside, the surgery was a success, and Doty says the procedure has helped her balance her shoulders and hips. To add to the great news, Doty is expected to make a full recovery and be able to return to RX’ing CrossFit workouts after her recovery.

While said recovery process will take upwards of a year, including 3 months without any “CrossFit” movements besides walking and biking, Doty is ready for the challenge and isn’t interested in any shortcuts.

While Doty has her eyes set on getting back to RX CrossFit WODs, she isn’t sure whether or not a competitive career is in her future. Her number one priority, for now, is keeping her back safe and healthy, but says if her body allows it, she may reevaluate competitive plans.

Whether or not Doty decides to compete, the passion she found all those years ago through a YouTube video holds true today, and she’s bound to be a lifelong CrossFitter, just with a straighter back now!