“I actually cried once or twice during those first few workouts” 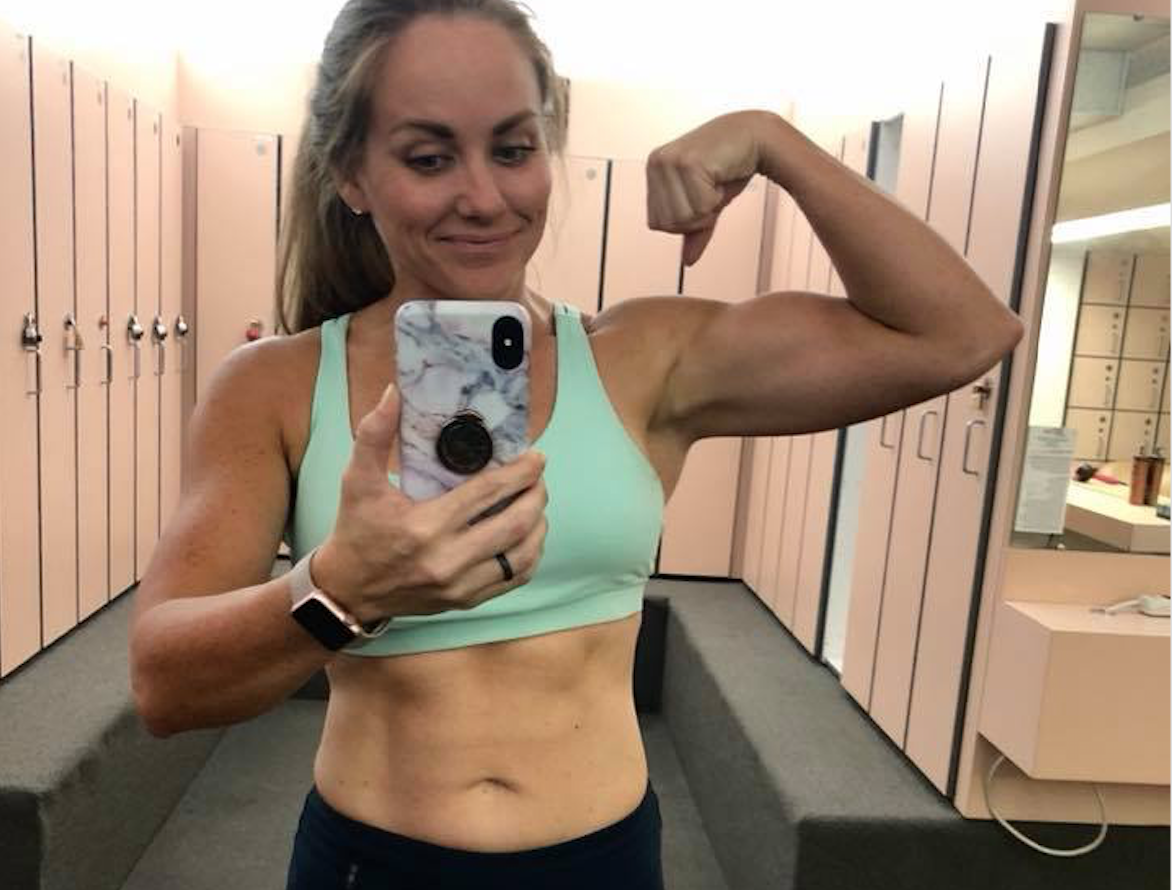 Okay, here we go. The dreaded before/after photos. Flashback to 2-3 years ago, when I was back up to my heaviest after baby no. 3, still breastfeeding, probably with some degree of postpartum depression, failing my Air Force pt test, and feeling like I was just all around sucking at life. I was not making my health and happiness a priority (as probably most mamas of little ones fail to do) and I needed to make some drastic changes.

Let’s be honest, I knew exactly what I NEEDED to do because I’ve done it before, but sometimes change is hard and when you’re sitting there thinking, “I need to lose 40-50 pounds” — well that’s more than a little daunting.

I actually cried once or twice during those first few workouts because I felt so defeated and weak, but I didn’t give up

So what did I do? I finally got back into the gym mainly spin class at first and I LOVED it. Dark room, loud music, man, those 45 mins would FLY by. This was in January 2017, when I was around 192 pounds. Then I started doing some HIIT circuits to help out with that pt test (which I failed again, but by far less this time.) I would usually go back to the CrossFit room when no one was back there so I didn’t feel like everyone was watching or judging me. (News flash, no one cares). 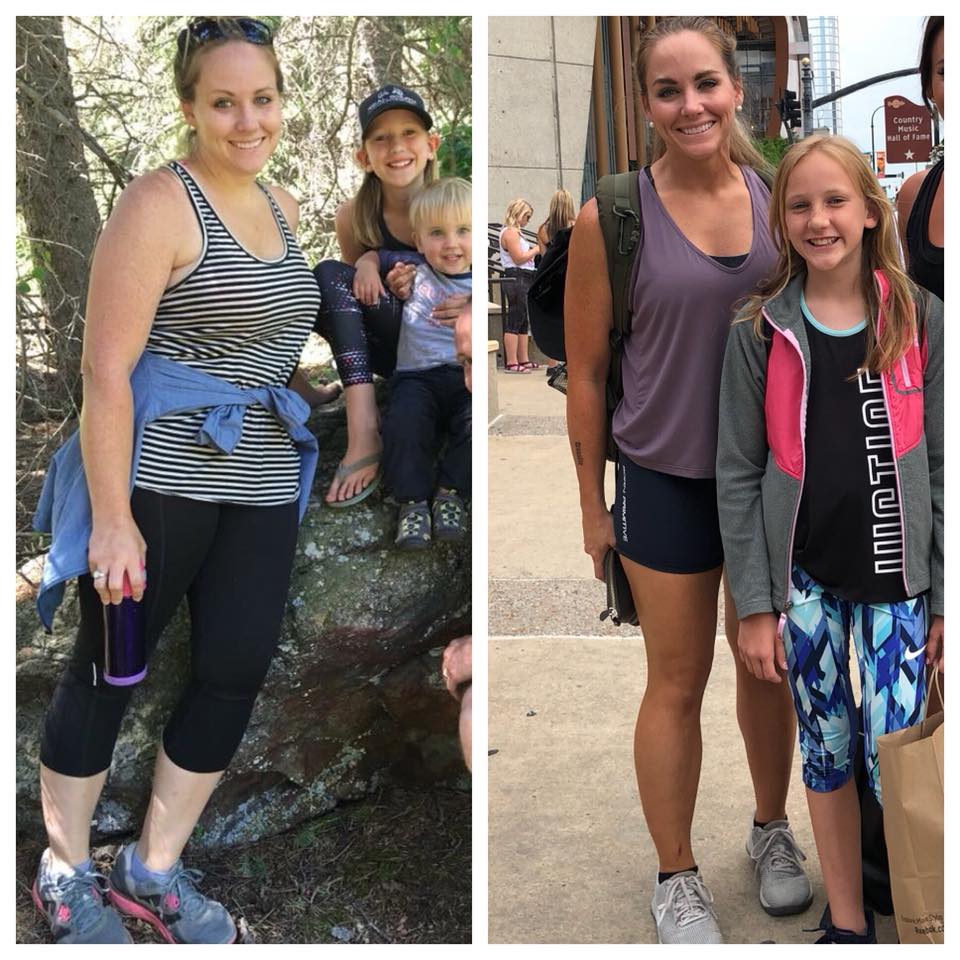 Then one day while I was back there working out, someone mentioned that I should try out one of the classes and that I’d probably be good at it. They were offering a free month and I figured, “what the heck…I’ll give it a shot.”

Intimidated was an understatement. I actually cried once or twice during those first few workouts because I felt so defeated and weak, but I didn’t give up and I finished them, even if I was always the last one. Everyone cheered me on and was so encouraging and supportive. I loved the camaraderie.

It wasn’t long and I started seeing some major changes in the way my body looked and felt. I felt strong again, and I was noticing substantial progress and gains in certain areas. I made a 89.3 on my next pt test, which I was ecstatic about. I slacked off a little last summer, but hit it hard once the kids were back in school in August. I was down to 160 pounds at this point (30 pounds lost) but I was still a slave to the scales and obsessed with seeing those numbers drop. 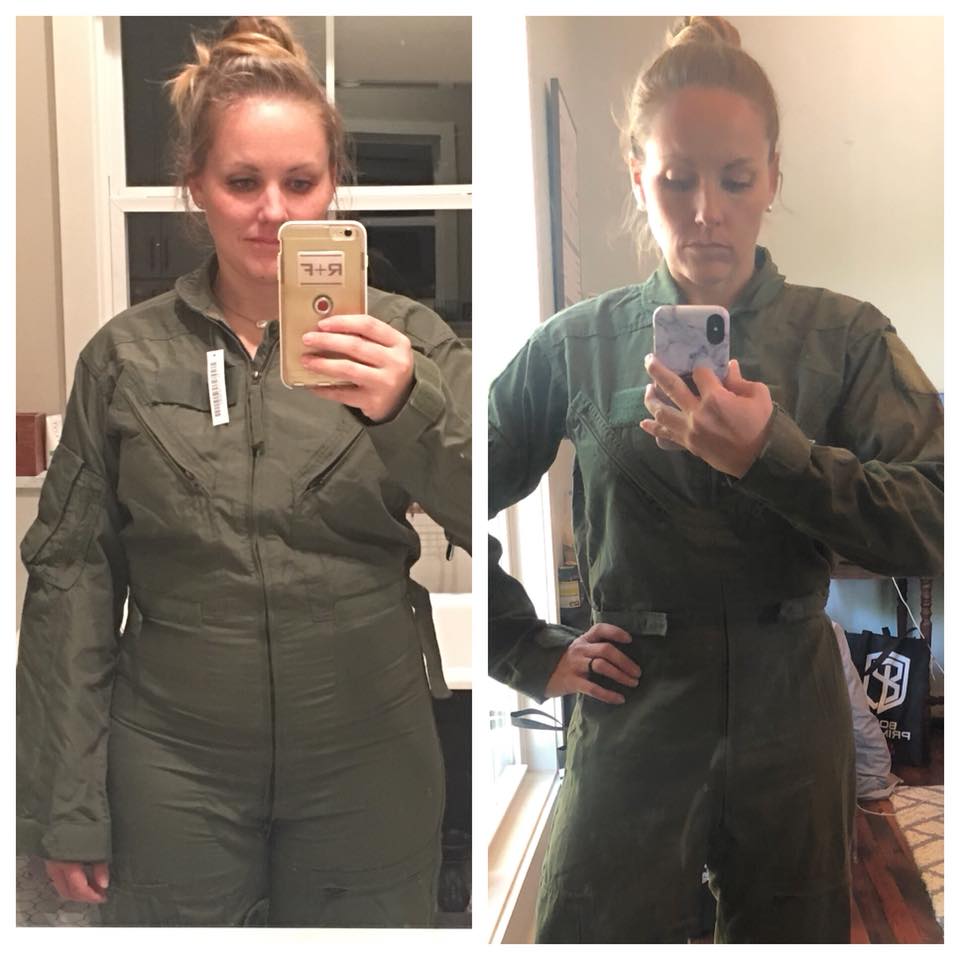 By November, I was only down to 154 pounds and starting to get a little discouraged due to everything slowing down. I decided to make an appointment with DexaFit in Madison, MS to find out my Resting Metabolic Rate so that I could fine tune my nutrition and get some baseline measurements with a DXA scan. I’m a numbers and science geek, so the whole process was fascinating and I learned so much. I realized I wasn’t eating NEARLY enough to support fat loss with my metabolic needs. I ramped up my daily calories to 1,800 per day, focusing on clean eating and using macros as a guide.

I honestly don’t care about those numbers anymore…CrossFit is grueling, but it’s the one thing I’ve done that’s caused the biggest change in my body composition. I love feeling strong.

Two months later, I went back for a follow up before my deployment to the Middle East to see if what I’d been doing was making a difference. I was still a little discouraged because the number on the scales had not moved one bit. I was still around 154 pounds. But what I found out blew me away, I’d lost 6.8 pounds of fat and gained 6.2 pounds of muscle.

I deployed, kept doing my CrossFit WODs and strength training (the more muscle you have, the higher your metabolism is and the more efficiently your body burns fat), and scheduled another DXA as soon as I got home. Again, not much weight loss (4 pounds over 4 months), but my lean tissue had increased and my body fat percentage continued to drop from 28.8% in November down to 21.4% now. 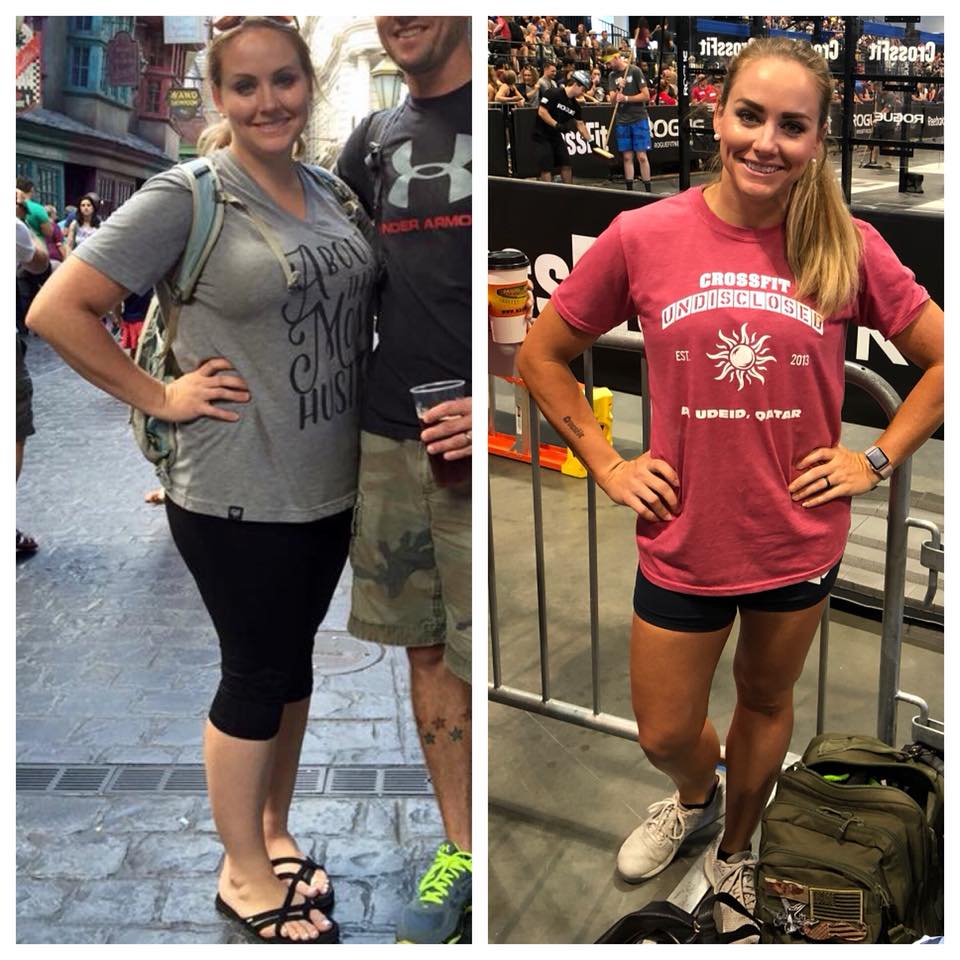 I’m currently around 146 pounds and no longer a slave to the scales. I honestly don’t care about those numbers anymore. I care more about the gains and PRs in the gym. CrossFit is grueling, but it’s the one thing I’ve done that’s caused the biggest change in my body composition. I love feeling strong. The community is like one big family. I’ve made some of the most incredible friendships. It’s challenging, supportive, and always something new.

The last person to finish a workout has the most people cheering them on. You don’t have to be “fit” to get started, because there are multiple ways to scale every movement so that it can be tailored to your current fitness level, and you progress from there. I honestly can’t say enough good stuff about it, and anyone that knows me, knows I’m completely obsessed.

If you’re still reading, thank you. I’ve been feeling like I needed to put this out there for a while now, and even if it only helps to motivate or empower one person, then it’s worth it.

May 19 by Meredith Root
Profile