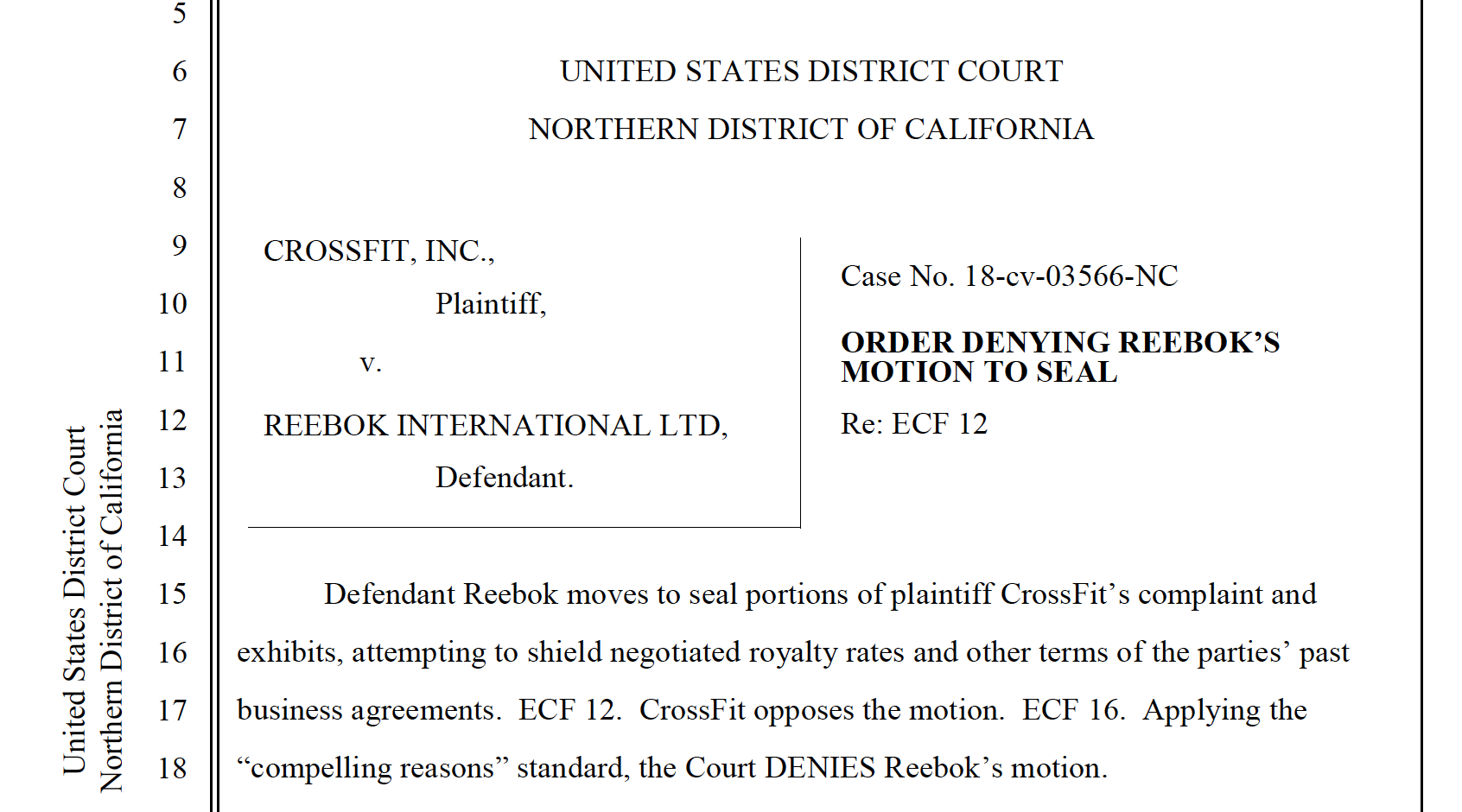 On June 14, CrossFit took Reebok to court over an estimated $4.8 million in missed royalty payments.

In response to that lawsuit, Reebok requested a motion to seal certain evidence supporting CrossFit’s claim.

A motion to what?

A motion to seal. That’s basically a request for the court to seal records from public access. According to a court order by the United States District Court obtained by Morning Chalk Up denying their request, Reebok specifically requested to keep secret “royalty rates, minimum licensing fees, and marketing and sponsorship commitment levels” in the contract they have with CrossFit.

Essentially, if the judge agreed to the request, the public would not have access to these records, which begs the question: ‘what is Reebok trying to hide’?

Reebok argued that revealing their “royalty rates and associated commercial terms” would give their competitors an advantage in negotiations.

The court said ‘aint happening’ and denied the request because they failed to produce a compelling reason.

A case this large is unlikely to be wrapped up anytime soon and Reebok’s 10-year contract expires in September 2020 (through the 2020 CrossFit Games).

But the larger question concerns whether the CrossFit relationship with their marquee sponsor will survive that long and whether CrossFit will sign another deal with a major sponsor or several smaller ones like we’re already seeing. 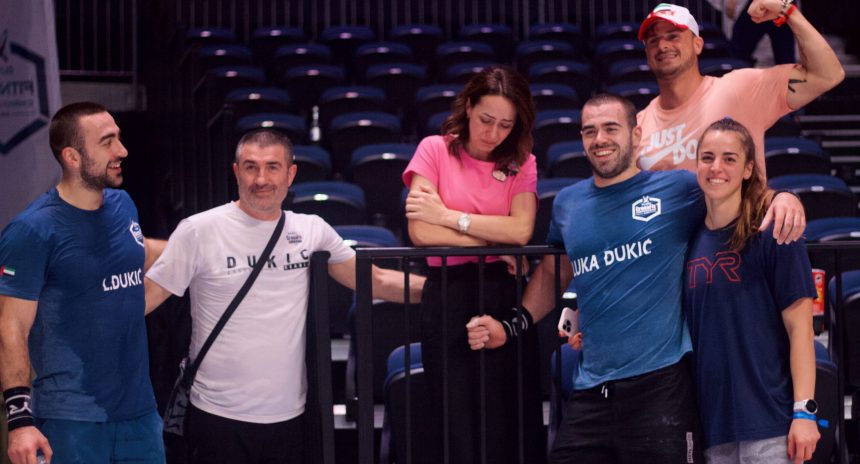