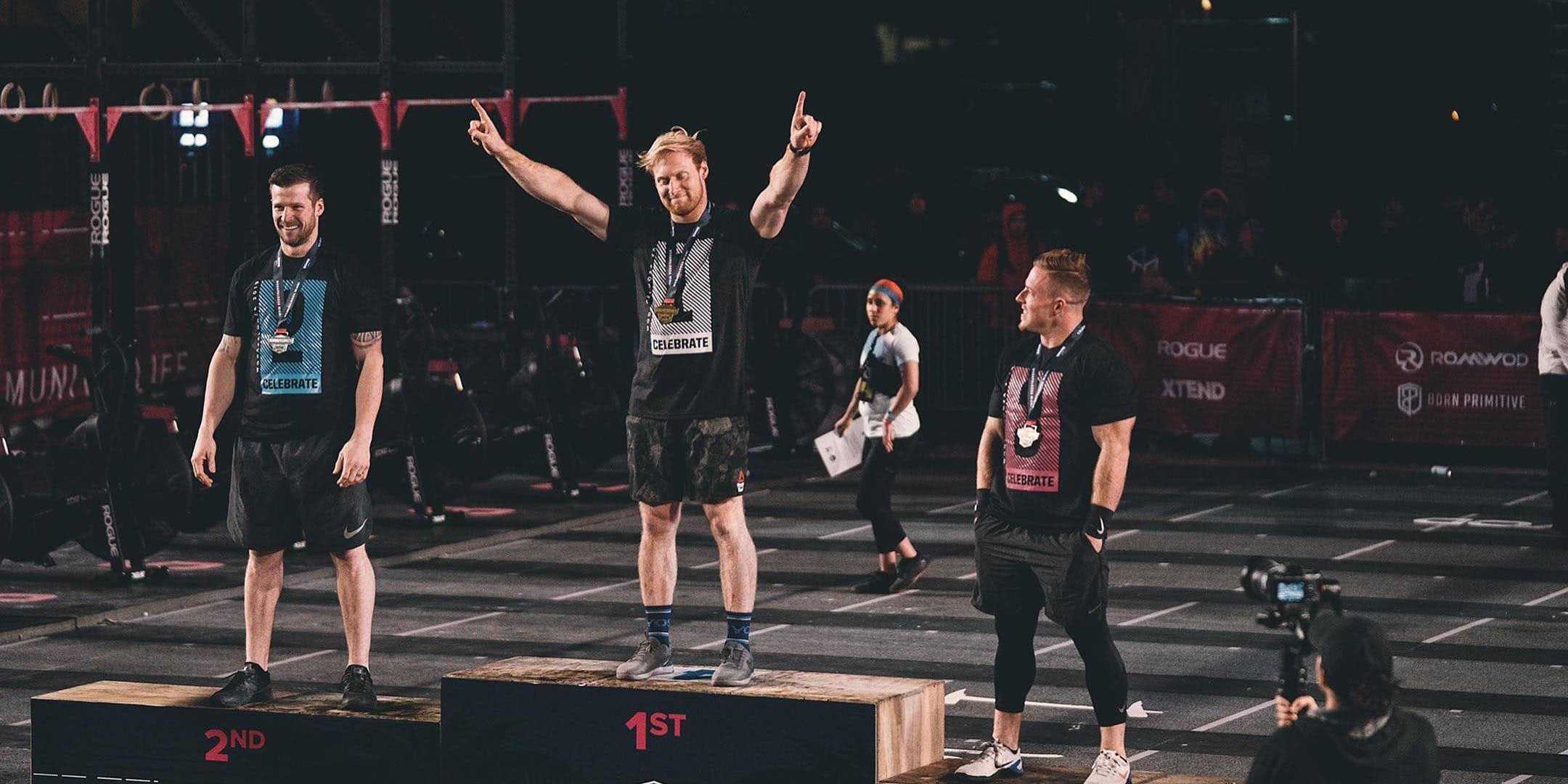 The sun has set on the 2nd Sanctional of the CrossFit Games season as the Wodapalooza CrossFit Festival concluded Sunday. After three day of competition under the sun, rain, and city lights of Miami, Patrick Vellner, Tia-Clair Toomey, and the team from Romwod/WIT earned themselves an invite to the 2019 CrossFit Games.

The 2nd Fittest Man on Earth Patrick Vellner made his Sanctional debut as one of the clear favorites to become the 2nd man to earn a spot at the CrossFit Games. The Canadian superstar from Toronto, proved as a cool as the weather he left behind when he made the trip to Miami by finishing every single day of competition in the overall lead.

By the time Vellner took the floor for the finale, the full time Chiropractic student had amassed a 130 point lead over 2nd place, making the final event merely a victory lap, as he still managed to win the event to close the weekend. The last two years at the Games Vellner has had to battle back from adversity in the form of poor finishes or near catastrophic spills but this weekend he was the model of consistency as the only athlete to finish every event inside the top 10.

Vellner now joins the man he’s looking to the dethrone, 3-time champion Mat Fraser, as the only other male qualifier for the 2019 Games. 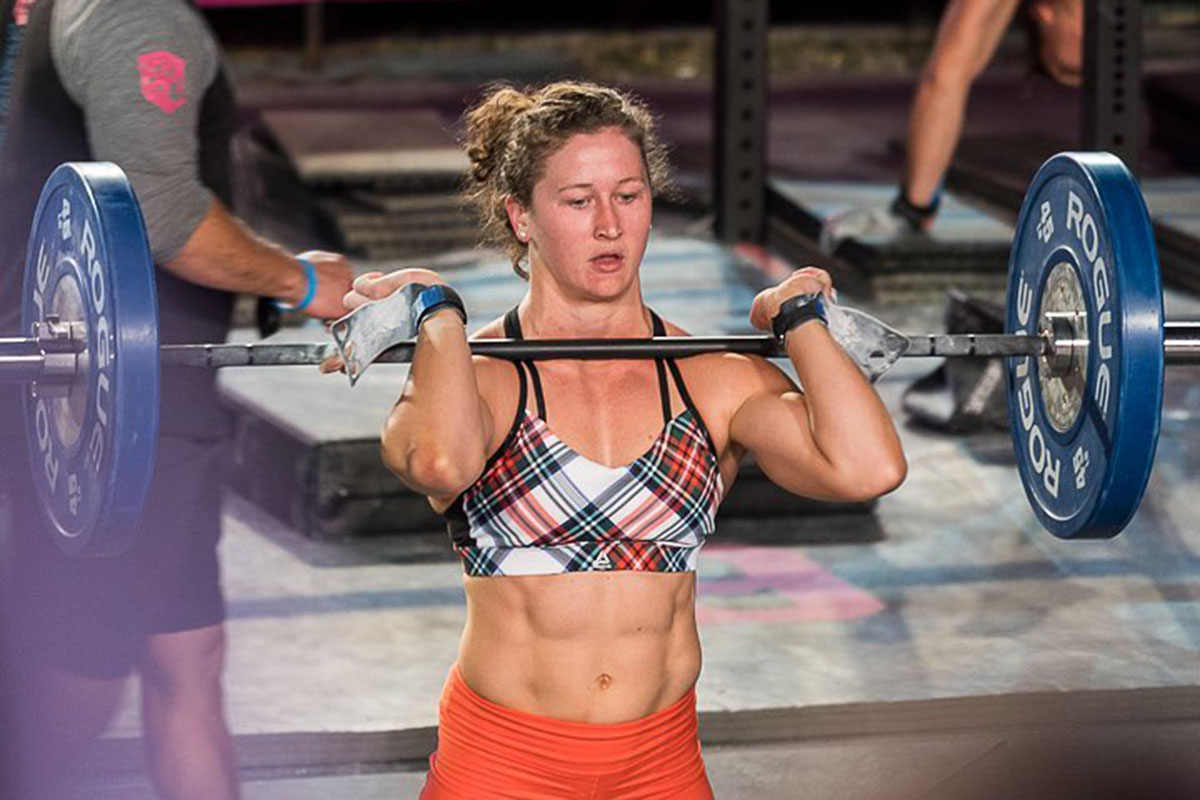 If there was any pressure on Tia-Clair Toomey to set the tone amongst a strong women’s field this weekend she certainly didn’t show. The 2-time reigning and defending champion, successfully made the first step towards becoming the first woman to win 3 CrossFit Games titles by laying down a statistically dominant performance in season debut.

Toomey finished all seven events in 2nd or better en route to taking home a ridiculous 96% of the points available to her this weekend. At times she was pushed by podium finishers Kristin Holte, and Kari Pearce, but neither woman could keep pace with Toomey as she was perfect on day 2 winning both events.

Toomey’s 66 point lead going into the final event meant an 18th place finish or better would seal her spot on top of the podium. Refusing to coast to the finish, she capped the weekend with her 3rd event win.

In her first year living in the United States and training with men’s champion Mat Fraser, Toomey showcased the early results of when the king and queen of the sport join forces to hold court over the CrossFit Games kingdom.

By earning her invite to the Games this weekend, Toomey has guaranteed that her reign will continue, in the very least, until the CrossFit Games wrap up in August.

One of the questions posed in the team competition coming into the weekend was whether or not the raw talent of the super teams competing would trump the experience and pedigree of established affiliate teams like CrossFit Mayhem Freedom and Invictus X.

The team from Romwod/WIT penned a strongly worded answer to the question this weekend by entrenching themselves at the top of the leaderboard after every day of competition, and earning themselves an impressive win in Miami.

The 4-person team of Alec Smith, Cody Mooney, Jamie Greene, and Jessica Griffith certainly looked like a team with multiple competitions under their belt despite joining for the first time this weekend, and according to Smith having “never touched the worm together.”

Donning spiffy tie-dye outfits, and smiles throughout the weekend, they notched top 5 finishes in every single event and stayed clear of the mishaps that plagued other teams throughout the weekend. With only 13 teams in the field, their 45 point lead going into the final meant that only a last place finish, and an event win by 2nd place LesserEvil would shake them from the top spot.

A 9th place finish secured their win, and even though their athletes may decide to stick with the individual competition, they can tell their grandkids that they also earned their place at the 2019 CrossFit Games as a team in Miami.