Battle Cancer Comes to the States 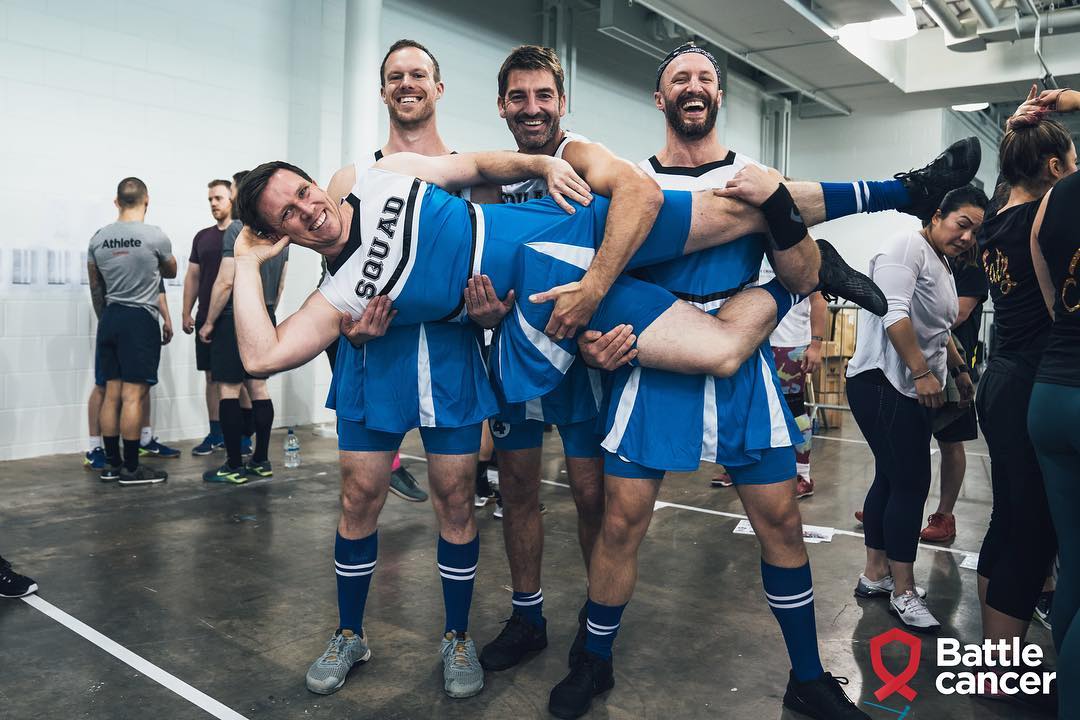 Battle Cancer is hitting Los Angeles with a tour of local gyms ahead of its first US event in May this year.

Since its inception in 2017, Battle Cancer has raised over $300,000 for cancer charities worldwide and is delivering seven events across the US, UK, Germany and Spain in 2019.

Battle Cancer is kicking off its launch in the US with a tour of LA CrossFit boxes and attempting 20 WODs in 17 gyms in just five days.

Where will they be?

Co-founders Scott Britton and Pete Williams are on a mission to hit as many gyms as possible in the LA area to spread the word.

They’ll make an appearance at Paradiso CrossFit Venice, Dogtown CrossFit, Reebok CrossFit Lab and others to talk about their cause, hand out freebies and get a WOD in at each gym as they ramp up to Battle Cancer LA at CrossFit Trojan on May 11.

Why a US tour?

Having witnessed his father battle and defeat throat cancer, Co-founder Pete Williams has experienced first hand the destruction cancer can cause and was struck by the care and compassion of cancer charities. This, along with his passion for the CrossFit community, is his driving force for developing Battle Cancer.

“We want to drive a movement that helps those affected by cancer, to inspire them in their darkest moments and support them in recovery. We’re beyond excited to bring our movement to LA and raise money for the American Cancer Society, Co-founder, Scott Britton said.