Down Under, Brazil, Rogue Recap 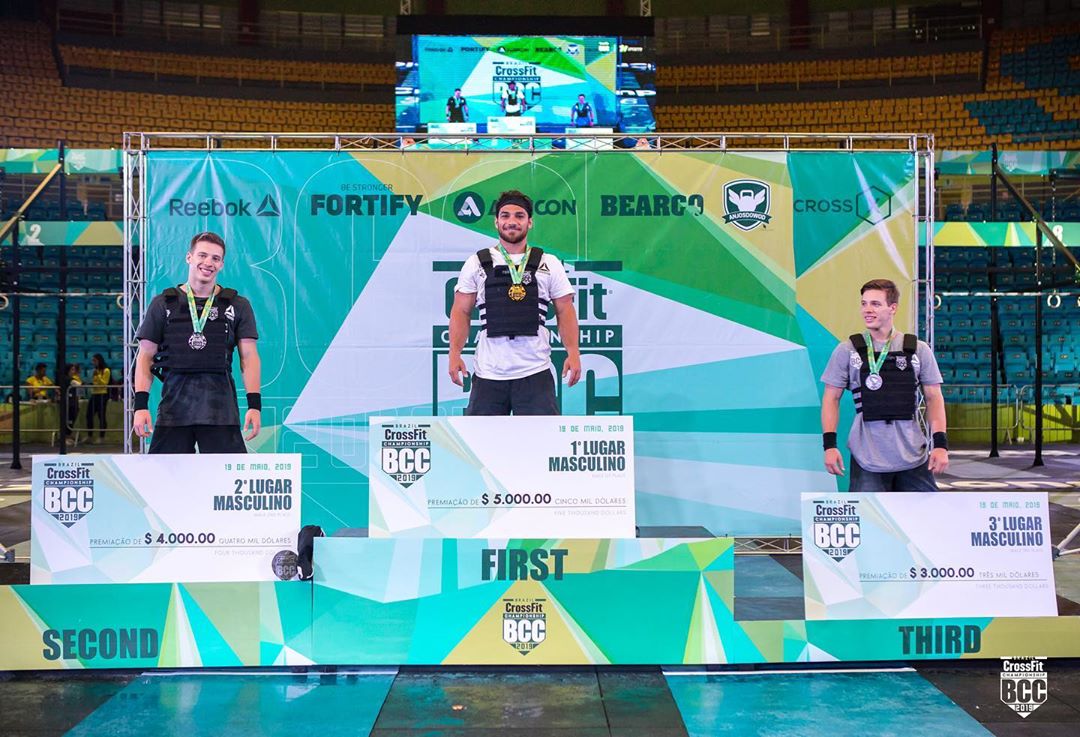 Just kidding, but with three sanctioned events and nine invites on the line this past weekend, there was enough up for grabs over the last three days to keep fans feeling like CrossFit Oprah was doling out prizes left and right.

Three countries on three different continents played host to the weekend’s events and all put forth a formidable test, and now that the dust has settled, we’ve got the lowdown on the biggest takeaways from the busiest sancional weekend of the year.

Down Under CrossFit Championship

*Receives invite to the CrossFIt Games

The Scoop:  Amanda Barnhart is looking like a legit contender, and potentially America’s best hope at a potential podium at the Games on the women’s side. She traveled across the world and beat out one of the sports elite in Jamie Greene, winning two events and only finishing one event lower than second – which was a 5th. New Zealand’s Alethea Boon will received the invite via backfill for a trip to her 4th CrossFIt Games as an individual and is the second master – behind Sam Briggs – to earn an invite through a sanctioned event.

The Scoop: Matt Mcleod finally nabbed his first invite to the Games in his fourth sanctioned event this season, and he definitely earned it. Mcleod went on a tear on day 2, winning the first two events and finishing the second in the last event of the day to put significant distance between himself and the rest of the field. After competing in Dubai, Australia, and China this season, Mcleod beat out a formidable opponent in Jacob Heppner. For some, Heppner’s performance may be a bit of a disappointment but remember this weekend was his first live CrossFIt competition since the 2016 CrossFit Games, and it’s safe to say there might be some rust to shake off. Still, Mcleod beat Heppner outright in four of the seven events, and is the newest Aussie to join the CrossFit Games field.

The Scoop: The race all weekend was between the two Australian super teams – the already qualified Project X and Rob Forte’s hilariously named X-terminators (shots fired!). Forte very cunningly worked the system by adding two already invited individuals in James Newbury and Madeline Sturt to boost the roster – knowing they could be swapped out for alternates – and the strategy paid off. The X-terminators opened and closed the competition with event wins to narrowly beat out Project X and earn the team invite outright. The biggest question now is who will fill in for the X-terminators once Newbury and Sturt bow out for the individual competition.

The Scoop: Pre-competition favorite Invictus X never found their stride as Team Pro1 put together an impressive weekend, outdueling Team CRSC in a competition that was largely between them. The 40 point differential is much smaller when you consider the difference per placing for teams was 12 points at the top. Pro1 and CRSC both won three events but Pro1 was much better down the final stretch, going 1st, 2nd, 1st, 2nd to close the competition and earn the invite back to the Games. Pro1 will make their third trip to the Games now, and the addition of 2015 Games individual Joe Scali – who bowed out from a potential individual spot to go team – certainly helped. It was fitting that in the final event, a “Last Man Standing,” elimination interval workout, it was Pro1 and CRSC as the top two teams to close the weekend.

The Scoop: Mekenzie Riley ran away with the competition, but it’s Paige Semenza who can leave Brazil knowing she’ll be going back to the CrossFit Games. Semenza battled surprise dark horse Cecilia Ramirez Villamil all weekend long, and heading into elimination style “Last (Wo)Man Standing” event, Semenza had only a two point lead over Villamil. When Villamil was eliminated early in 6th, it sealed the invite for Semenza – who along with Riley finished the event as the final two athletes on the floor. The two friends and MisFit athletes tackled the final lunge length side by side, and while Riley finished first it felt like a win for both of them because in truth it was. Riley got the overall win, and Semenza deservedly got her spot to the CrossFit Games for a second year in a row.

The Scoop: After three events in a month’s span, Will Moorad finally has his invite to the CrossFit Games. It did NOT come easy, and some added drama in the final event left fans in the Ginasio Ibirapuera on the edge of their seat. Going into the “Last Man Standing” finale Moorad needed a fourth place finish or better to seal the deal over Saxon Panchik. In crazy turn of events, Sean Sweeney came from behind during the 2nd round to eliminate Moorad in a photo finish, leaving Moorad with a 7th place finish in the event, and a front row seat on the floor to watch as Saxon Panchik now had a chance to steal victory away with a 2nd place finish or better in the event. Thankfully for Moorad, the trio of “hosses” – John Wood, Zach Watts, and Alexandre Caron – eliminated Saxon Panchik in 4th place, giving Moorad a six point victory and the Games spot he’s been chasing.

The Scoop: A small, but talent heavy field of teams was controlled wire-to-wire by “Iowa’s finest,” CrossFit OC3. The team from Davenport, Iowa won four of the seven events in the two-day competition – including the first two events to start the weekend. OC3 finished third at the 2018 CrossFit Games, and will get a return trip to Madison having beat the deepest team field of any sanctioned event. The finale event, a double elimination tug-o-war reminiscent of grade school recess, played out like a beautiful metaphor. The final teams left were OC3 and second place overall CrossFit Invictus Back Bay. The teams were seemingly at an impasse for the first few seconds before Invictus Back Bay’s Tola Morakinyo lost his footing, and OC3 methodically pulled their way to victory.

The Scoop: Tia-Clair Toomey showcased precisely why she’s the reigning two-time champion and the Queen of CrossFit, by performing when it mattered most Sunday. Going into the final two events, Toomey was ahead of Sara Sigmundsdottir by just six points and it looked like things were headed to an exciting finish. Instead Toomey lit the fuse and rattled off back to back event wins to emphatically shut the door on Sigmundsdottir and the rest of the field. It’s another mark for Toomey in arguably the most dominant runs in the history of the women’s division – two titles, two stacked sanctioned event wins, and five straight live competition wins. Rachel Garibay will be joining Toomey and the rest of the pre-qualified field at the Games by getting the invite from Rogue with an 11th place finish in a women’s field that had 10 individual Games athletes from 2018.

The Scoop: This just in – Mat Fraser is still the best. Despite actually having to come from behind after some uncharacteristic mistakes on day one, Fraser walks away with his perfect competition record intact this season. He hasn’t lost a live CrossFit competition since 2014, and this weekend makes the seventh time he’s done so by a margin of more than 100 points. As Sean Woodland said during the excellent competition broad cast “dread it, run from it, destiny still arrives all the same. And now it is here,” and destiny in the current CrossFit Games landscape is Mat Fraser winning, there’s no other endgame. Fan favorite Chandler Smith will be able to add “individual games athlete,” to his Instagram bio after a strong 5th place finish at Rogue ahead of athletes like Scott Panchik, Noah Ohlsen, and Travis Mayer. He’s not out of the woods given that as a member of the U.S. Army he missed all five of his standing air rifle shots in the biathlon, but I’m sure some ribbing from his CO is a fair trade off.