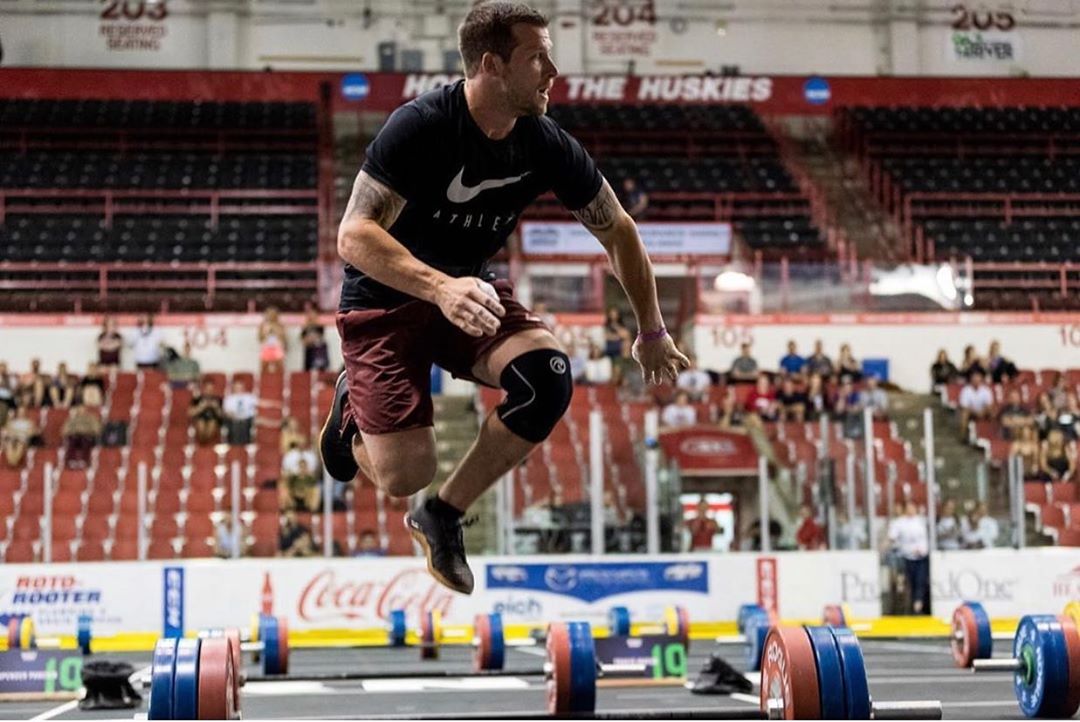 The penultimate weekend of Sanctionals has come to a close, and we have another batch of winners and new athletes walking away with invites to the 2019 CrossFit Games. There’s now only one more sanctioned event remaining as four more individuals, and two teams have been added to the roster set for Madison, WI this summer.

The individual field at the 2019 Games just added two new rookies as Ryan Sowder and Alice Mille won their invites outright by finishing atop the leaderboard, but both athletes had to mount a comeback in the final workout to get there.

Going into the men’s finale, Cedric Lapointe held seemingly comfortable 32 points lead over Sowder, and needed just a 7th place finish or better to seal the deal. Sowder for his part, did everything he could to put the pressure on by blasting the final workout and getting an event win. Sowder edged out Zack George in a foot race to the finish, sliding across the line and celebrating triumphantly.

Lapointe seemed to be on point to finish high enough to secure the Games invite until disaster struck on the final clean and jerk rep of the workout. He rushed and failed multiple jerk attempts on the final rep, allowing other athletes to sneak past him, before ultimately getting capped in the workout.

In just four minutes, a 32 point deficit got flipped into a 32 point victory for Sowder, who now gets to join his older brother Zach at the 2019 Games, after Zach earned a spot on a team at Strength in Depth earlier this year.

A similar story played out on the women’s side, however Alice Mille had a much more reasonable 10 point gap to make up on leader Manon Angonese in the final event. From the outset it was Angonese and Mille out in front of the pack, and they were the first athletes to the final two clean and jerks of the workout.

Angonese failed her first three attempts at the final weight, while Mille successfully made both of hers to win the event. Focus now shifted to Angonese, who had roughly 30 seconds to finish in order to keep her spot to the Games secure. The time cap ran out before she could successfully complete a lift, which meant Mille had overtaken the top spot, and rightfully earned her invite to the CrossFIt Games.

Mille is now the fifth Swedish woman to earn an individual invite to the Games this season, along with Camilla Salomonsson Hellman, Mia Akerlund, Hanna Karlsson and Emma Tall.

In contrast to the individuals, the team competition was pretty much decided from the get go. The Barbells Prepared team from CrossFit Alioth in Dubai won the first event of the weekend and led every step of the way from there on out.

Team member Mia Akerlund already had a Games invite in hand via the CrossFit Fittest in Cape Town, but revealed that she was “committed to the team before qualifying, so I’m still committed to them,” and would be forgoing the individual invite in favor of the team.

It came a little tougher than expected, and it required some late adjustments to the roster, but Invictus X took the first step in putting the Games invite they lost via drug test behind them by earning their way back to the Games for a second time this season.

The additions of Kristi Eramo and Margaux Alvarez to the roster paid dividends, as Invictus X finished the weekend second behind an already invited CrossFit Krypton (ROMWOD/WIT) team that added Dani Speegle to their roster just for the event.

The adjustment didn’t affect Invictus much, as they managed to rebound from a 15th place finish to start the weekend by winning four events and finishing the remaining 11 scored events in 6th place or better. It was a good battle all weekend long between Krypton and Invictus X, along with a pair of teams that will also join them at the Games later this year – the RPM Central Beasts, and the creatively named Alexis Jen Travis & Roy (MisFit).

Travis Mayer walked away with his second straight Granite Games victory in an impressive win over second place Brent Fikowski, but it is Nick Bloch who will leave Minnesota with an invite to the CrossFit Games by rounding out the podium in third.

Coming into Sunday, Bloch was staring at a 52 point deficit between him and then second place overall Justin Medeiros for the invite. With two events on tap for the day, Bloch started in the best way possible by winning the first event and move ahead of fellow contenders Josh Gervais, Saxon Panchik and Luke Schafer.

The win cut the lead almost in half, but in the final event Bloch wasn’t able to track down the likes of Fikowski, Mayer, and George Sterner in his heat, and had to settle for a fifth place finish in the event. Thankfully for Bloch, Medeiros hadn’t finished yet and was in some trouble as one of the final athletes left working on the floor in the heat.

Medeiros would finish the event in 19th, giving Bloch the point spread he needed to complete the comeback and earn a bit of redemption after missing the Games in 2018 by just four points when he finished 6th at the Central Regional behind Saxon Panchik.

Emily Rolfe didn’t do the Open this year. She also didn’t need the benefit of the backfill process this weekend, as she earned her invite to the Games outright by winning the women’s division at the Granite Games. She may have flown under the radar coming into the weekend, but once she got onsite, she made her presence known as a contender for the Games spot.

Rolfe finished the opening two offsite hill run events in second overall, and stayed in contention all weekend long. Rolfe was particularly impressive as the weekend wore on, finishing all four of the final two day’s workouts in fourth place or better.

Rolfe was at her best on the final day, winning the first event Sunday to take the overall lead from Carrie Beamer, and then she closed the door on potential challenge Andrea Nisler by finishing second in the finale to earn her first trip to the CrossFit Games.

Rolfe entered the weekend as an unknown, but had a career best finish of 9th at Regionals in 2017 in the West. After failing to make Regionals as an individual in 2018, she now becomes the 7th woman to not do the Open but still earn a spot at the Games through a sanctioned event.