A Decade of Fuelling the Fittest on Earth 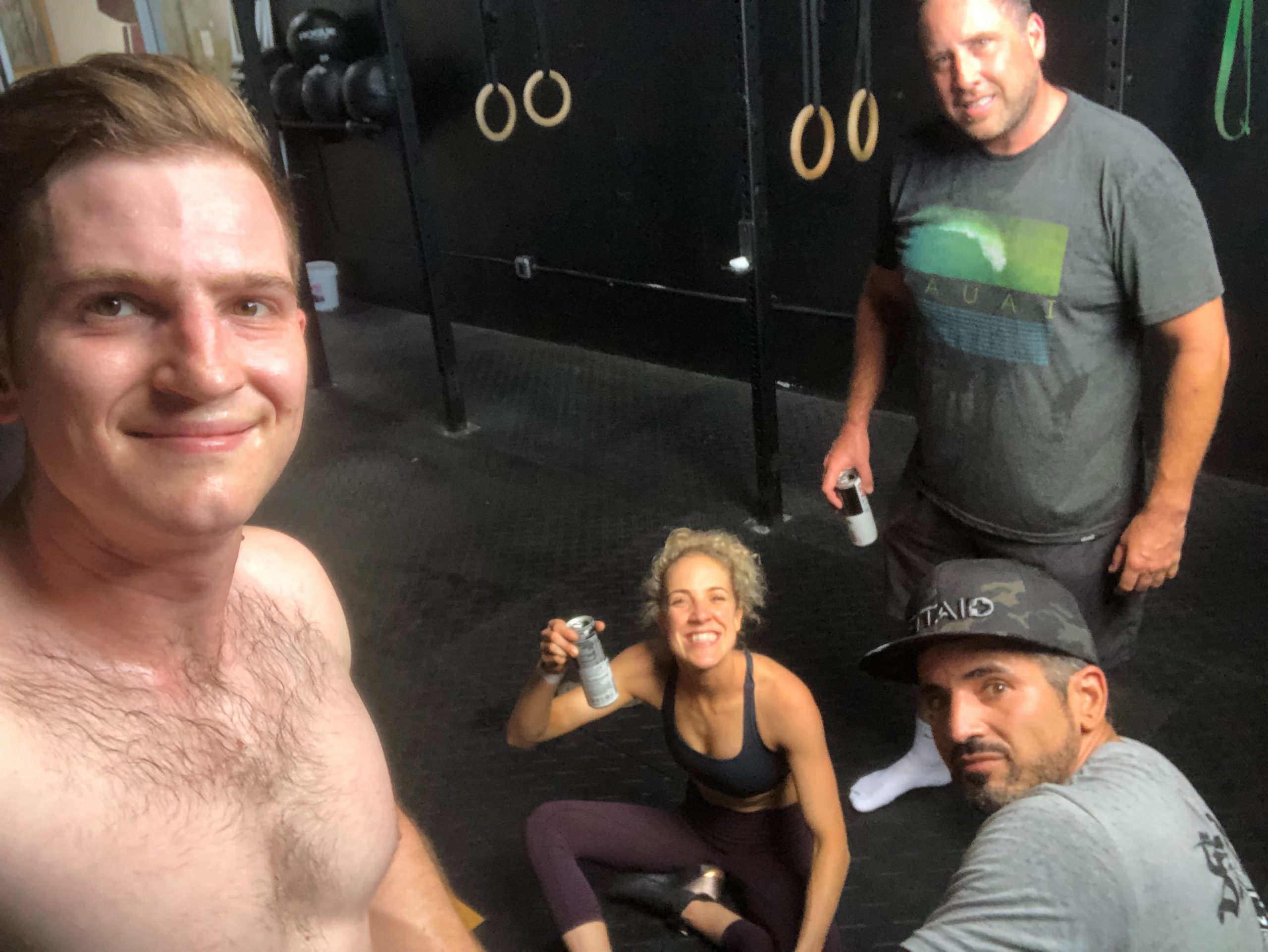 Tucked away in the back of the old Santa Cruz Wrigley’s factory is a warehouse manufacturing the recovery fuel for CrossFitters.

40 thousand free cans of FITAID were handed out at the 2019 CrossFit Games — a far cry from the humble beginnings of LIFEAID Beverage Co ten years ago.

Where it all began

“Orion and I met in a CrossFit gym back in 2009 in Santa Cruz and we had this crazy idea and launched LIFEAID in 2011,” said Aaron Hinde, co-founder of the company.

Aaron invited the Morning Chalk Up to the company’s headquarters which supplies LIFEAID products to around 30 percent of CrossFit boxes in America.

“In this warehouse that we’re in now we used to have a little tiny cage that held two pallets of product and that was it. It took us six months to sell through it, one can at a time slowly,” he said.

The company now employs 75 people full time, it’s growth a byproduct of two key factors according to the co-founder.

Aaron describes this as the “OG” – or “original gangster” parts of the community – that continue to propel the company forward.

LIFEAID’s evolving and has just started stocking each of their unique flavours in a monk fruit, stevia blend.

“We’re launching all of our entire line in the zero sugar format with no artificial flavours or sweeteners,” Aaron said.

Aaron and Orion practice what they preach, concluding the tour with a personalised workout – “The Aussie” – in the team’s office gym set up like a mini, in-house affiliate.

Don’t ask me why a huffy, puffy 15 minute EMOM (5 wallballs, 5 pullups, 1 rope climb) reflects my Australian heritage, but let’s just say we earnt our ice cold FITAID which is always on tap at HQ.

That’s certainly the case both in the US and abroad. For example in Australia, LIFEAID Beverage Co is now stocked in approximately 70 percent of gyms.

For the company, now a major sponsor of the CrossFit Games, global engagement was the big takeaway from Madison, 2019.

Having naming rights to the ‘FITAID Lounge’ (formerly known as the Beer Garden) the company hosted the ‘One Ton Challenge’ drawing fitness personalities – names like CT Fletcher and Wes Kitts – who’d otherwise be unlikely to attend the Games.

“It was great to get a lot of international exposure it was fun to see all the different cultures there,” Aaron said.

“CrossFit is still alive and well with all the changes there was a little apprehension in the air, we weren’t really sure how it was going to shake out. At the end of the day the best athletes always rise to the top.”

“CrossFit, functional fitness, what we do, how we train, it’s going to be here I think forever, you can’t really go backwards.” he said.