What Do the Jonas Brothers and CrossFit Have in Common? Lily Jordan. 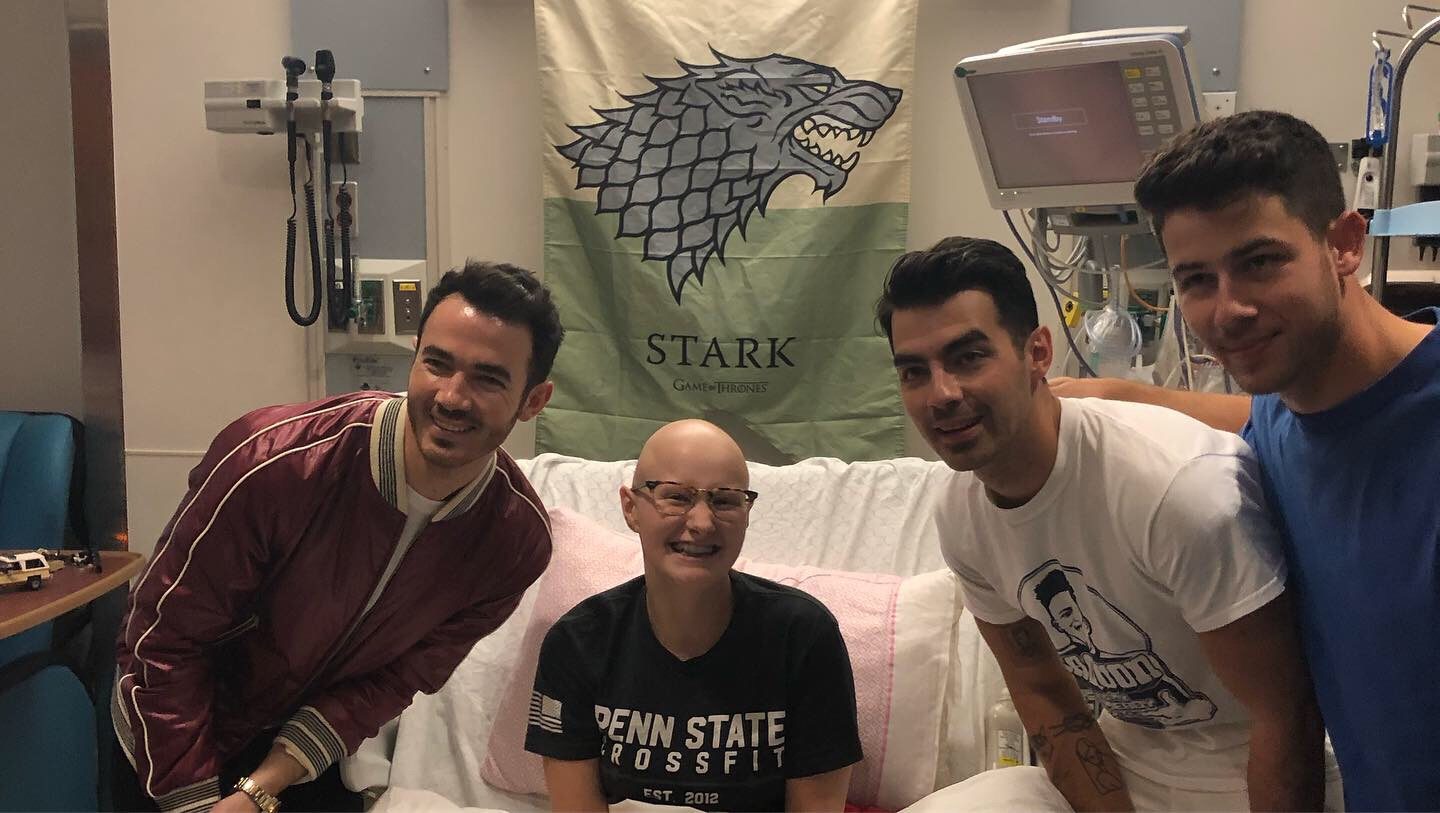 Hannah Canil, a senior at Penn State University, and sixteen-year-old Lily Jordan had plans to go to the Jonas Brothers concert together on August 31. Instead, Lily was spending that night in a hospital bed receiving another round of chemotherapy to treat Osteosarcoma, a bone cancer.

So the Jonas Brothers came to her instead.

Canil is one of the heads of the Penn State CrossFit Club, a student-run organization at the university. The club, which expects about 150 members this year, is a group of students who love to pursue fitness and have a good time.

“It is a great testament to the CrossFit community in the college setting. We have workouts every day and the club is entirely student-run. All of our coaches have L1s and our executive board is a student board as well,” Canil wrote in an email to Morning Chalk Up.

One of the things Penn State CrossFit Club does is raise funds regularly for THON, the college’s student-based philanthropy organization. Since 1977, THON has operated year-long, fundraising and raising awareness to enhance the lives of children and families affected by cancer. THON assigns families to organizations that want to support them, making the fundraising more direct and personal. The Penn State CrossFit Clubs THON family is the Jordan family.

Lecia Jordan, Lily’s mother, was initially unimpressed when she heard that a CrossFit club would be fundraising for her daughter. “Honestly, I expected a bunch of self-centered meatheads and I was initially disappointed with the assignment,” she told Morning Chalk Up. “But it turned out to be these loving, responsible, smart, and fun kids. We are honored to call them a part of our family. Now, my husband does CrossFit and we have grown to love the community we knew nothing about.”

When Canil found out that the Jonas Brothers would be in town, she got tickets for her and Lily to go to the concert. Canil bought the tickets months ago, and Lily had been looking forward to it all Summer. But in March, more tumors were found and Lily’s doctors scheduled ongoing chemotherapy sessions, one of which required her to be in the hospital receiving chemo the night of the concert.

On August 30, Lily posted to her Instagram story “@jonasbrothers I was supposed to be at your Hershey concert tomorrow but instead I’m across the street doing chemo :/ if ya’ll wanted to pop in, I’ll give you’ll my room #.”

Her post was reposted by friends and family, by Penn State CrossFit Club, by THON. Soon, the Jonas Brothers caught wind of it. They contacted the Hershey Medical Center and made arrangements to visit Lily the night of the concert. And sure enough, that night before their concert, the Jonas Brother walked right into Lily’s hospital room.

Lily again took to her Instagram. “Wow. The power of social media you guys. YOU did this. YOU made my crappy chemo session into something incredibly special and unforgettable. Thank you thank you thank you @jonasbrothers for taking time out of your day to come pay me a visit. Literally made my life.”

Later, Lily told Canil, even if the Jonas Brothers hadn’t shown up it would have been worthwhile because of the showing of support and all the love she felt from everyone on social media.