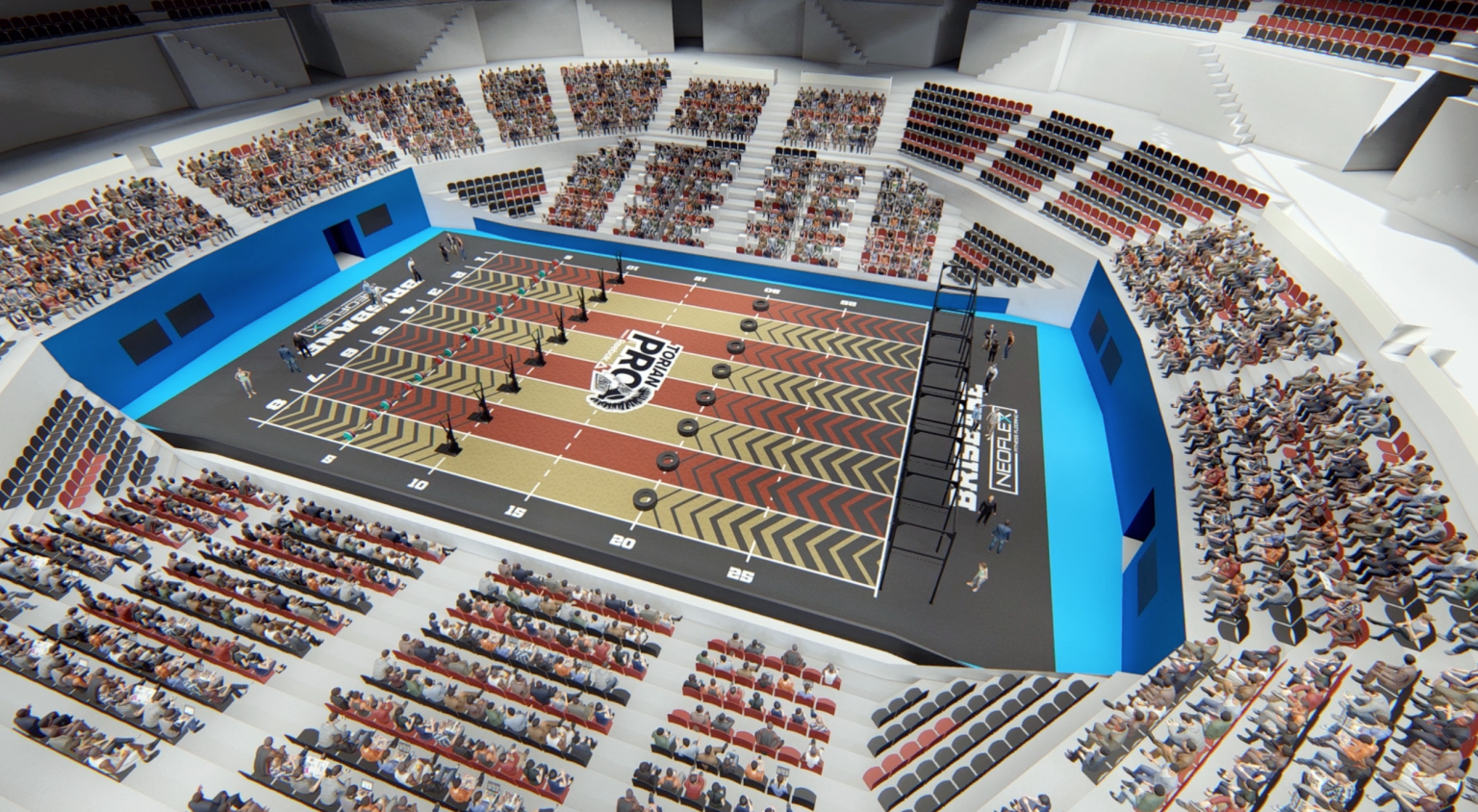 It doesn’t suffice anymore to run a licensed or sanctioned event and rely solely on diehard CrossFitters to fill the stands.

Australia’s Torian Pro has just rubber-stamped a partnership with the State Government through Tourism and Events Queensland to help sell-out the November event and in turn, encourage fans to spend up big while they’re in town.

The State’s Tourism Industry Development Minister Kate Jones said: “We know that CrossFit fanatics will travel from around the world to watch their heroes in action which is exactly why the Queensland Government supports events. They attract visitors, which creates local tourism jobs.”

CrossFit Torian’s Johno Snape said: “This year the event has blown up massively and we’ve wanted to partner with some great people and great organizations who can help us along that journey and realize the dream of making this event as big as it can be.”

The strategic partnership comes off the back of the Torian Pro selling out its original 4,000 seat venue and upgrading to the Queensland Tennis Centre. The capacity is 5,000 fans – over three days – it’s no wonder tourism bosses and local business are paying attention.

WATCH: The Morning Chalk Up went along to the press conference this week where athletes Kara Saunders, Royce Dunne and Brandon Swan checked out new arena.

Looking at the livestream.

It’s not just ticket sales that’ll possibly convert into tourism dollars at the Torian Pro – hundreds of thousands of viewers are likely to tune in worldwide to watch the livestream.

The Torian Pro has scheduled 20.5 as the first workout, due to an unfortunate date clash with the final week of the Open, much like Strength in Depth last season (for 19.1.)

Looking back on Fittest Freakest Challenge, which pulled in 120,000 viewers on their livestream in one day, their guest list included Mathew Fraser, Sara Sigmundsdottir, Lukas Hogberg and Laura Horvath. It’s imagined Torian could pull similar numbers, if not more.

You can stay updated on how to watch the Torian Pro here.

Mick Shaw formerly directed the Pacific Regional for years and now runs the Down Under CrossFit Championship (DUCC), a sanctioned event in Wollongong, Australia.

“We work with Destination Wollongong who works closely with local businesses to improve the experience of visitors to the coastal city,” Mick Shaw told the Morning Chalk Up.

“Anyone who has had the benefit of making the journey to Wollongong has enjoyed this beautiful coastal city with a real CrossFit community feel about it.”

The DUCC’s partnership with the tourism body is in its eighth year. The event also partners with Sage Hotels to enhance the athlete and visitor experience.

In a similar fashion, the Dubai CrossFit Championship partners with the Dubai Sports Council, Emirates and Jumeirah Creekside Hotel to ensure the area can capitalize on the popularity of CrossFit.

While securing these partnerships seems like a no brainer, given that CrossFit is a relatively young sport, sealing the deal can be easier said than done.

Executive director of the Iron Games Pace Clarke told the Morning Chalk Up it’s been difficult to capture support from businesses who may not be familiar with the sport.

“We do not boast to have financial buy-in from businesses and government agencies, because frankly we don’t at the moment. What we do have though, is a working relationship,” he said.

“CrossFit, although it has established a legitimate place in the sporting community, is still in its infancy compared to other sporting events.”

In its inaugural year, the Utah event tailored its competition to potential partners and gained support that way. By programming the workouts to showcase the facilities at Southern Utah University (SUU) – using their stadium, Olympic sized pool and a 5k race around the university – SUU were happy to jump on board.

“Doing our part in educating these businesses and government agencies of the impact the sport of CrossFit can have on our community, (we know) that we will gain their financial support in a future day,” Pace Clarke added.

Why it’s not ‘nice’ but a necessity.

Ticket sales aren’t usually how these events stay afloat and even so, it can be hard to produce a sell-out an event.

When licensing was first announced by HQ, we spoke with the head of Sanctioned and Licenced Events Noor Greene, who likened the cost to an annual affiliate fee (around $3,000 USD)

Consider that’s a baseline cost, before any logistics, equipment or marketing (the list goes on) organizers rely heavily on sponsorship and partnership agreements simply to balance the books, let alone make money.