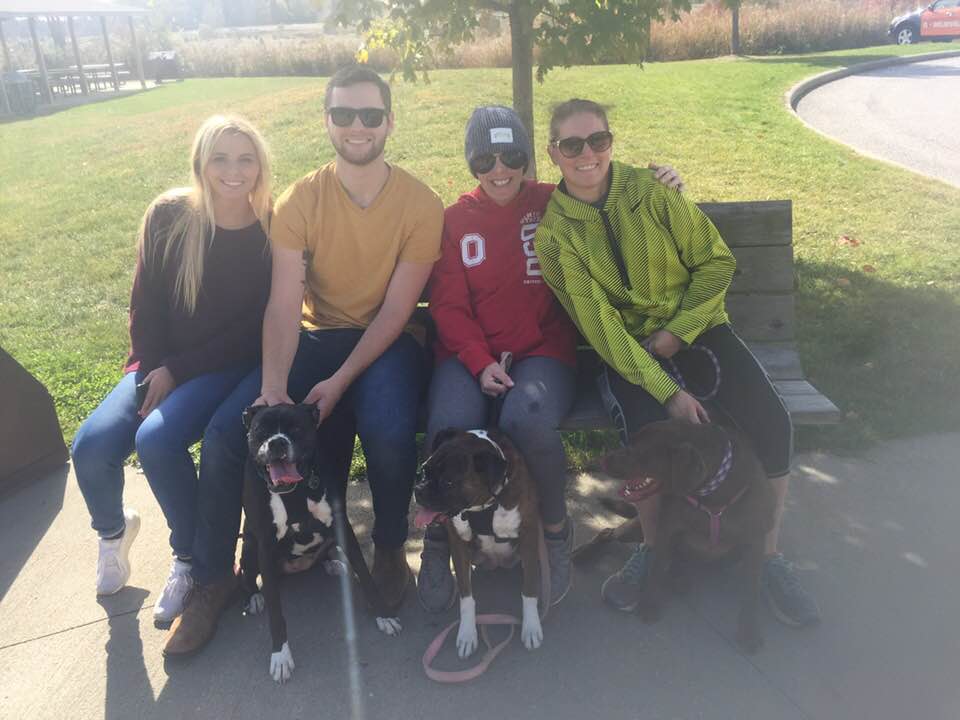 Ann Ritchie was staring fifty in the face and pushing 200 pounds when her son finally convinced her to join him at Allheart CrossFit in Brimfield, OH. That was in 2012 and Ritchie has been a fanatic since.

Four years later, Ritchie realized why CrossFit was so important to her. “CrossFit strengthened my body to begin a fight I didn’t know was coming,” Ritchie told the Morning Chalk Up.

What CrossFit was preparing Ritchie for is years of battling cancer.

It all started during 16.5 when Ann didn’t feel well. She almost didn’t finish the WOD, which is unlike her. One week later, she was in the emergency room being told that she had stage 3C colon cancer and her colon had perforated. For ten days, Ann fought sepsis before having surgery to remove her right colon, right kidney, appendix and lymph nodes.

Twelve rounds of chemo and multiple hospital stays later, doctors said her colon cancer was cured. Ritchie was eager to return to CrossFit, WODing while wearing her ileostomy bag, and went about her life.

But then, in October of 2017, the cancer returned. This time in her liver.

Ann, seeking a second opinion, headed to Cleveland Clinic and met with the top colon cancer oncologist and liver surgeon in the country. Together, Ann and her team formed a plan. She had seven more rounds of chemo and then a twelve-hour surgery where they removed more colon, half of her liver and her gallbladder. Her recovery went well, and while she completed five more rounds of chemo, she once again pressed her doctors to let her return to CrossFit. They let her.

From May 2018 to September 2019, Ann’s cancer stayed in check. She underwent five rounds of radiation during this time on a pesky lymph node, but she slowly got stronger again, doing the 2019 Open earlier this year.

“I was so happy. Unfortunately, mid-September a scan showed that my cancer has returned in multiple areas. I started chemo again…and it’s the big guns,” Ritchie said. “I am getting ready for the third round of this series. It is a six-hour infusion and then I carry a pump for 46 more hours.”

After talking to her doctors and to her trainer at Allheart CrossFit, Lisa Shiu, Ritchie was encouraged to continue with CrossFit. “I am not sure how long I will continue or how well I will do, but I know it is one of the reasons I am still here,” Ritchie said.

Her dedication is an inspiration to all. Craig Howard of Diablo CrossFit wrote on Facebook: “The Open is incredibly meaningful for so many, but none more than Ann Ritchie – who is battling cancer and chemo and the Open workouts all at once. She is my inspiration. Good luck Ann, you got this!!”

Ritchie will go as long as she can, logging her Open scores and enjoying her time at CrossFit. “CrossFit strengthened my body to begin a fight I didn’t know was coming. It provided a second family of athletes that have become my support system. It gives me a place to go and be normal. It is more than a RX or a great score. It is a concrete way for me to see that I’m still in the fight and people are there to support me,” Ritchie emailed.

“I will never be game’s athlete, or win a comp but l NEVER complain about any wod…the tears you see are tears of joy!”