The Fittest Triplets on Earth 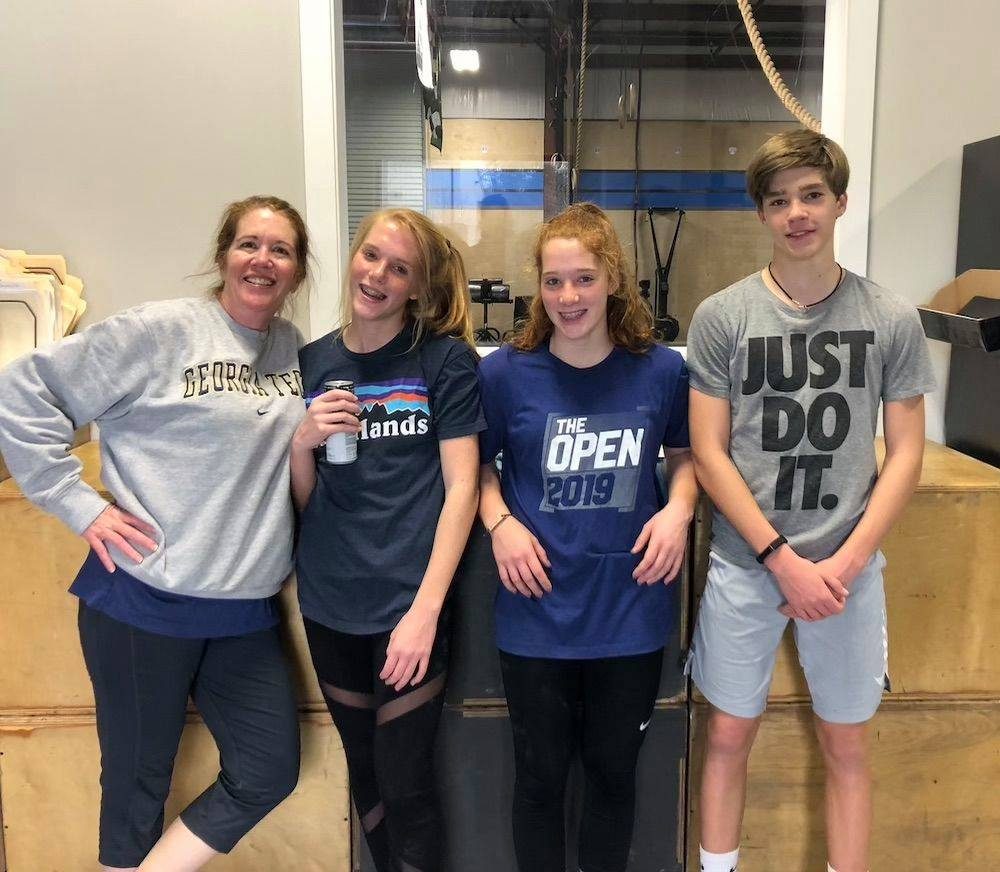 Dawson CrossFit in Dawsonville, GA has three teenage athletes currently in contention for the 2020 CrossFit Games. But there’s a catch.

Fifteen-year-old Emily, Lauren, and Will Kurtz made it into the top 200 worldwide in the 14 – 15 division in the CrossFit Open, placing 67, 151, and 164, respectively. They’ll all move on to the Age Group Online Qualifier in March, where they hope to qualify for their first trip to the CrossFit Games.

“They started in our teens program and about 6 months ago got bumped up to the adult program because they were absolutely crushing the teen workouts,” said Teen Coach Joel Hurst.

The Kurtz kids also play softball and football, balancing CrossFit three or four times a week with practice. But with their fall schedules were so busy they weren’t actually doing much CrossFit leading up to the Open.

“I don’t think they were gunning for the top 200 until after 20.1 when they all finished in that range. From there, the whole gym took notice and their competitive spirit really kicked into overdrive. Watching them crush these last 5 weeks has been absolutely incredible. They are awesome kids and extremely coachable and respectful. A true sign of awesome parenting,” said Hurst.

Mom Kim Kurtz told the Morning Chalk Up the family is excited and proud of them. “It’s so exciting to do this as a family, and we’re just all so proud.”

True to form, the triplets were unable to chat with Morning Chalk Up at the time of interview because they were at their end of season banquet, but later they emailed to let us know how they were feeling.

Lauren said, “I hope to better my skills and endurance and hopefully make it through online qualifiers.”

Emily told the Morning Chalk Up, “I mean, the end goal is obviously the Games, but for right now I’m hoping to train hard and focusing on improving for the Online Qualifiers, so that I can up my rank there.”

Will, when asked what he loves and wants out of this experience said, “Everything. And to be a good athlete,” which is an answer we can all rally behind.

“Oh they’re just on cloud nine,” Kim said. “They’ll be stepping up their training a bit and we’ll just kind of wait and see what happens next for them.”