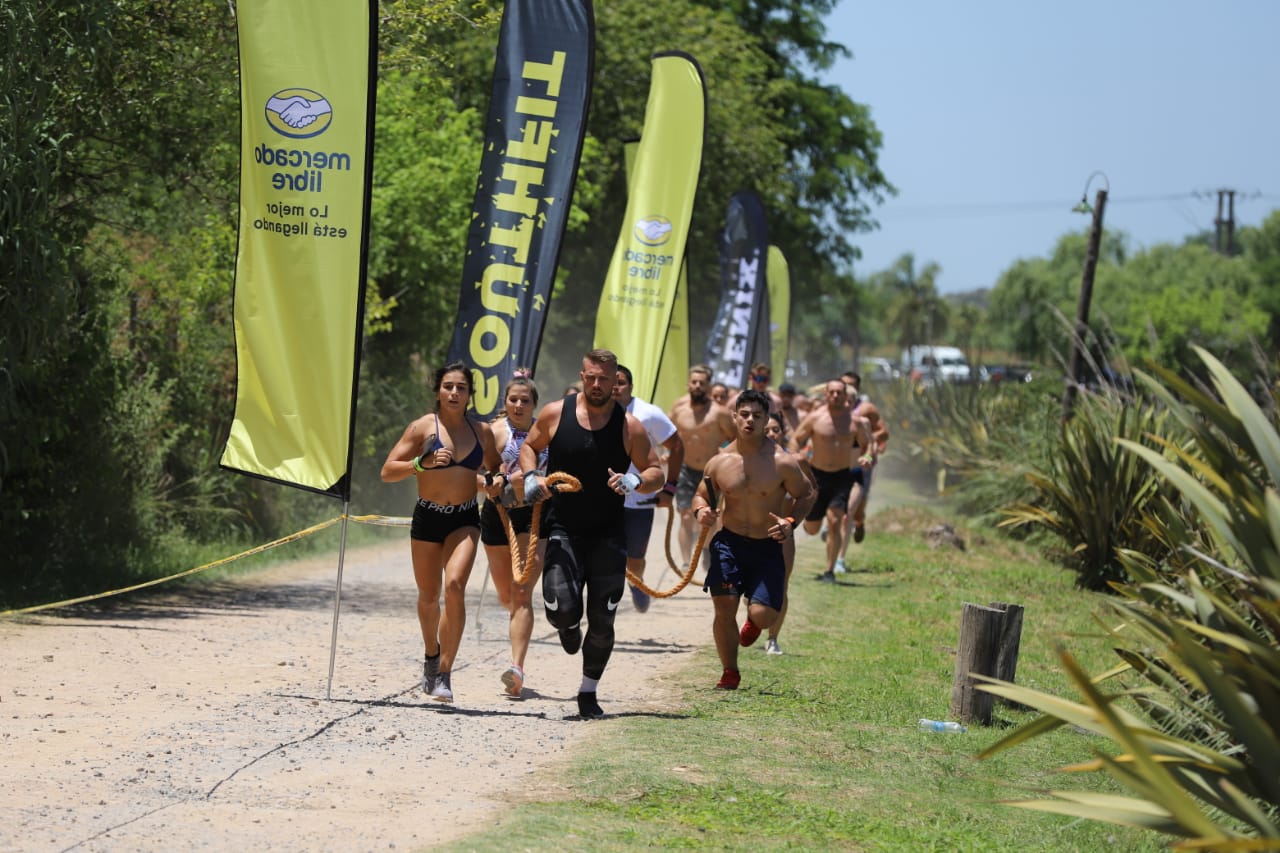 Day 1 comes to a close at the SouthFit CrossFit Challenge in Buenos Aires, Argentina. Athletes spent the day under the sun along the shoreline and inside beautiful Lagos Del Rocio. Three rounds of a 1,500-meter run and 40 pull-ups awaited both teams and individuals in Event 1. In Event 2, the teams split up a 300-meter relay swim while the individuals had a 600-meter swim in store for them.

Invictus wasted no time showing the field that they haven’t been taking the off-season lightly, jumping in front of the pack early in Event 1 and leading throughout the three rounds. Their time of 24:05 was nearly a minute faster than the second place team, Warning Team.

Invictus holds a ten point lead over AAAS after Day 1 followed by Team Odd Squat in third, trailing the leaders by 20 points.

The reigning 8th Fittest Woman on Earth, Bethany Shadburne, took command early in the first round of Event 1, leading the pack of Games veterans in the 1,500-meter run and making short work of the 40 pull-ups. Shadburne took the event win, finishing in 21:37. Andrea Solberg edged out Madeline Sturt for second while American Megan Markee finished 4th, just ahead of Chile National Champion Simona Quintana Silva.

In Event 2, a pair of former collegiate swimmers and Regional athletes separated themselves in the 600-meter swim. Whitney Stephenson won with a time of 9:34 followed by Sarah Viets with a time of  9:53. Shadburne made it an American sweep in the top three positions finishing in 11:16.

Shadburne sits atop the leaderboard six points ahead of Stephenson. Sturt and Solberg are close behind in third and fourth respectively. A trio of Americans in Viets, Markee and Melissa Jamerino round out the top seven.

Event 1 for the men came down to a sprint to the finish between American Isaiah Vidal and Australian Jay Crouch. Vidal took the win by six hundredths of a second, finishing in 20:16. Canadian Pete Shaw placed third followed by Matt Morton.

The host country got a win in Event 2 as Juan Ignacio Franzini placed first with a time of 9:56 in the swim, finishing over a minute ahead of runner-up Shaw. Argentinian Gonzalo Duro placed third, followed by Games veteran Crouch.

Shaw holds a two point lead over Crouch in the overall standings with Duro just 12 points behind in third. Vidal sits in 4th with Franzini close behind in 5th.

What’s in store for Day 2

The competition moves to the DirecTV Arena in the heart of Buenos Aires for the final two days of competition. Day 2 events feature more cardio as both the teams and individuals will see time on the rowers as well double unders. The second part of Event 4 will include a one rep max for the snatch in both individuals and teams.

Click here for all leaderboards and schedules for the event.