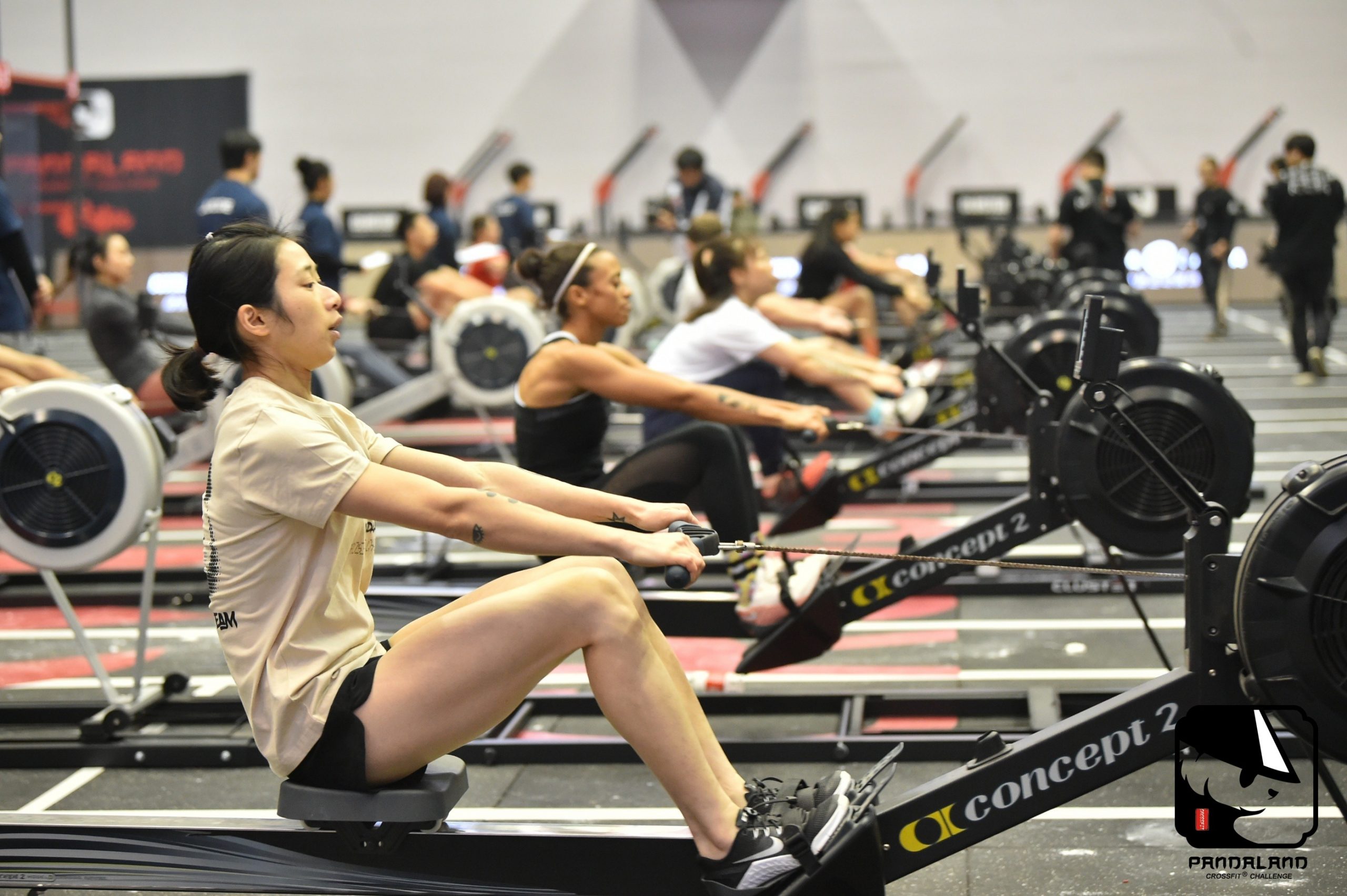 Pandaland CrossFit Challenge has become part of a growing trend of sanctioned events adding unique and never-before-seen equipment and movements to CrossFit competition.

In fact, two of the first three sanctioned events in the 2020 season have now introduced a previously never before seen piece of equipment or movement in official CrossFit competition. Ireland’s Filthy 150 saw the debut of unbroken legless rope climb and the sandbag toss for distance, last month.

What the athletes had to say: Many likened the Stone Lock to a mix between the dumbbell and kettlebell. They had very little time to play with the Stone Lock before taking to the floor and the general consensus was using a similar technique to Open workouts where the dumbbell hang clean and jerk and box step overs have appeared in the past.

Harriet Roberts was the only female athlete to complete the workout in the 8-minute time cap:

Seven of the 11 males completed the workout:

First time for teams on a tandem rower: For the first time in CrossFit competition history, teams were asked to synchronise 1500 meters (in pairs) on the Concept 2 rower using a unique slider apparatus.

All athletes then complete 50 synchro burpees over the rower.

Not one team completed the workout within the 15-minute time cap.

What the athletes had to say: Every team elected for the female athlete to row at the front, guiding the pace of both athletes. The back monitors were turned off, which male said added an extra mental challenge to the 1500 meter distance. Female athletes conceded it was hard to get a rhythm and at times, it felt like the slider apparatus was moving for them and adding a new level of resistance.

Homage to Host Nation: While the Stone Lock and tandem rows have never been seen in CrossFit before, Pandaland isn’t the first sanctioned event to pay homage to the host city’s heritage. In fact, there’s a growing trend of cultural references at worldwide sanctioned events and it’s likely we could see more as the 2020 season progresses: