Cultural Challenges of Competing Outside The (Country) Comfort Zone 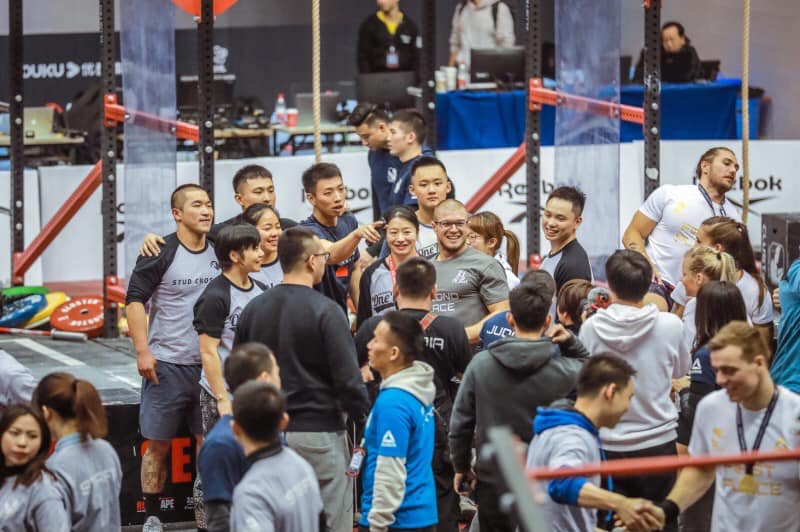 It wasn’t funny at the time, but many can sympathize with a travel experience that’s hilarious in hindsight. Call it a culture clash, finding yourself on the opposite side of the world, in a different time zone, tired and hungry with no idea whether what you’re eating is chicken or liver.

It’s best to see the humor in it, unless you have to be at your best and that’s the difficulty faced by many CrossFit athletes traveling the world chasing a ticket to Madison through the 27 worldwide sanctioned events.

Amongst the chaos of language barriers and navigating through jet lag, athletes have their own unique coping mechanisms and already this season, we’ve seen some of these creature comforts first hand while on the road in Ireland, China and Dubai.

Fuelling for fitness: Chengdu, China was once voted by UNESCO as the world food capital, albeit the rich spices and hot dishes make it difficult for athletes trying to get simple carbohydrates and energy in on game day.

Perhaps it was the secret to success for first place finisher at Pandaland, Harriet Roberts who packed a lot of food in her carry on, including protein, oats and muesli.

“Travel with food… and if it works for you don’t mess with it,” she said, even admitting she spending $120 to grab just five ‘creature comforts’ from a local supermarket in China.

Jacob Heppner is of the same vein – finding food chain Moka Bros – in downtown Chengdu and never wavering. The menu mirrored food similar to what Heppner would eat at home, and while it was located around an hour from his hotel, the 6th Fittest Man On Earth joked he’s now addicted and even paid to have the food delivered one evening. That’s commitment when UberEats isn’t exactly easily accessible in China!

Do your research: “Plan ahead. I felt completely prepared because I researched, asked friends and planned for the worst,” Alison Scudds told the Morning Chalk Up.

From France to Brazil, Scudds has clocked a fair few miles in 2019 and proved in China, she’s perfected the preparation: “I packed a lot of food, booked a hotel with a refrigerator and made friends with a local the first day and asked to use her kitchen to prep meals for the weekend.”

Games veteran Lucas Parker also said – wherever possible –  he tries to book accommodation with a kitchen and prepare his own food.

Coach on hand: There’s nothing like having someone to take care of logistics, so athletes can stay focused on the competition. Lucas Parker outlined his dad’s duties, in playing coach at Pandaland. His role included (but wasn’t exclusive to) logistics, game plan guidance and even “playing drinking games at the after-party.”

“When things don’t go as planned, when doors are closed in your face, other doors often open. By stepping through those doors together, we found SUCCESS,” he said.

Keep up the rituals: A beer a day keeps the demons away for Australian Khan Porter: “I still do my single beer the night before competition,” he said.

“Do it every country, before any important competition. Has to be done. I was legit running around (in China) and ended up having to get a warm Heineken from the tiny corner store next to the hotel for Friday night.”

Porter has just qualified for his 5th Individual CrossFit Games out of Pandaland, China and said he uses music to reset wherever he’s competing: “So before the final event, I went over to the park across from the stadium, sat in the sun and listened to some tunes.”

Rest and recovery: Most sanctioned events will run for two to three days across a weekend, but it’s rarely just a fly-in-fly-out trip for athletes, who commonly venture to the host city days in advance to battle jet lag.

We’ve spoken to athletes who fast on flights to reset, even try James Newbury’s tip of nose breathing while airborne.

“For the long flights I make sure to drink a lot of water (to avoid getting fat ankles!) get up and walk around LOTS, despite how annoying it may be to my neighbor,” he told the Morning Chalk Up.

Al-chamaa has also been experimenting with Melatonin and CBD oil for the long haul flights and made sure his body was primed beforehand – knowing that treatments might be harder to come by in Chengdu.