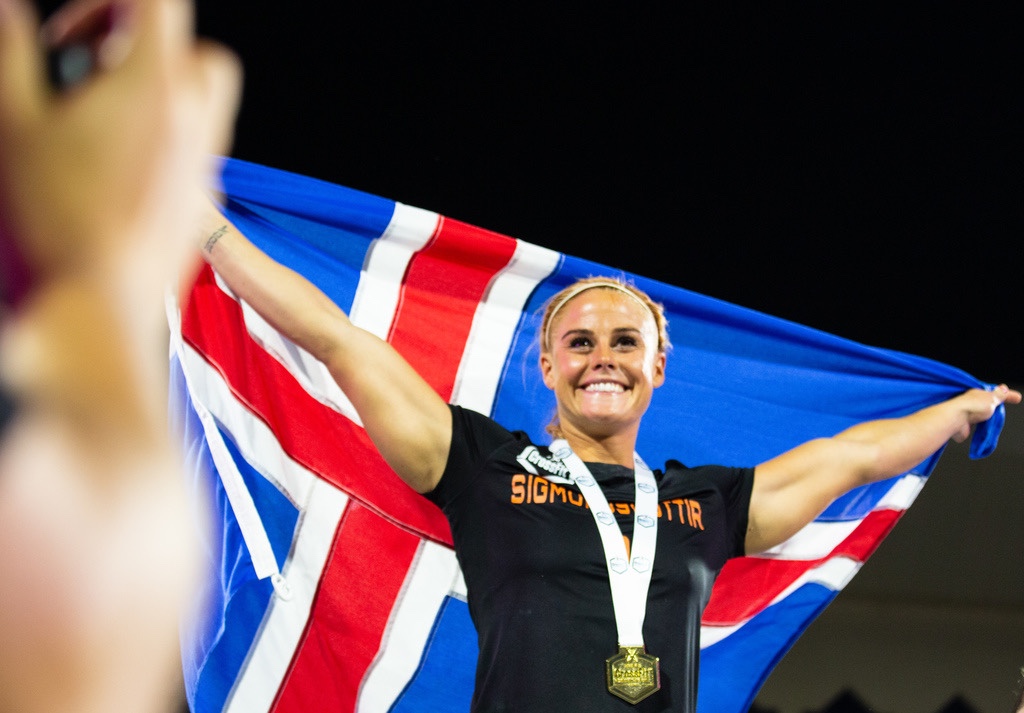 The second Sanctional year of Dubai CrossFit Championship has officially come to a close. Four days of competition and a smorgasbord of workouts put individuals and teams to the test in a competition known for is deep roster and lucrative payouts. When the dust settled, a trio of household names stood atop the podium, while a gritty veteran, and promising newcomer set themselves up for an invite.

The team competition featured three squads in particular that stood out from the rest. MisFit P10 Performance, We Got Cake, and Team Prepared all featured athletes that were at the Games in 2019, but it was MisFit who set themselves apart as a team to be reckoned with the rest of the season.

The quartet of Andrea Nisler, Taylor Williamson, Roy Gamboa and Travis “T-bone” Williams won six of the eleven events across the weekend and never finished lower than second. In a program built by Rich Froning himself, the newly formed team won every single event featuring the worm in a strong display of communication and teamwork.

They now join ROMWOD Meat Squad, Butchers Lab, and the Odd Squad as the only teams to qualify for the Games before the new year arrives. We Got Cake and Team Prepared stood steady in second and third and joined the MisFit P10 Performance on the podium at weekends end.

As the first collection of this season’s Sanctionals comes to a close in 2019, there have been four events in total and Sara Sigmundsdottir has won half of them. The Icelandic sensation seized the lead from Samantha Briggs during day two of the competition and never looked back. Her win highlighted by a stretch of performances in the middles of the weekend where she was simply dazzling.

Starting with workout four’s max clean and jerk on Thursday, Sigmundsdottir tallied six consecutive top three finishes including two event wins and a match of her personal record in the clean and jerk. She only had one finish lower than fifth all weekend, and never finished a workout outside of the top ten.

The win makes Sara the first athlete two win three Sanctionals, and coupled with her second straight worldwide win in the Open, puts the hype train at full speed heading into 2020. Admittedly Sigmundsdottir knows that the real test comes at the Games in August, but it certainly doesn’t hurt to stack some podiums and checks along the way.

Karin Frey improved upon her fourth place finish last year in Dubai with an extremely impressive second place finish behind Sigmundsdottir. Both women already have a spot from the Open so it’s Sam Briggs who will walk away with the invite, after finishing the competition with back to back event wins to secure her spot on the podium.

Coming off what most would consider a frustrating 2019 Games week, Brent Fikowski had a prime opportunity to showcase to the world that he’s still one of the best in the sport. Against a loaded field of men – most of whom already have their ticket to the Games – Fikowski showcased the poise and methodical approach that made him a fixture in the top five at the Games.

Early he was tasked with tracking down Roman Khrennikov who jumped out to an early lead but couldn’t quite maintain his momentum in the back half of the competition. That’s when Fikowski – the former second fittest man on earth – really shone. He finished the final six events in the top three and notched back-to-back event wins to end day three and start day four, to give himself a lead he would never relinquish.

Fikowski was also able to share the podium with fellow Canadian Pat Vellner, who mounted a charge once the action moved to the tennis stadium to get back on the podium and get himself a shiny silver trophy in the process. Khrennikov was still able to stay on the podium, his second of the season after a strong showing in Dublin.

Tola Morakinyo won two events this weekend, and secured a top ten finish in his first Sanctional as an individual. With Fikowski and the rest of the men ahead of him in line to get a spot through the Open – assuming Brandon Luckett, Roy Gamboa, and Rich Froning decline to go team – Morakinyo will also leave Dubai with an invite to his first CrossFit Games as an individual as well.