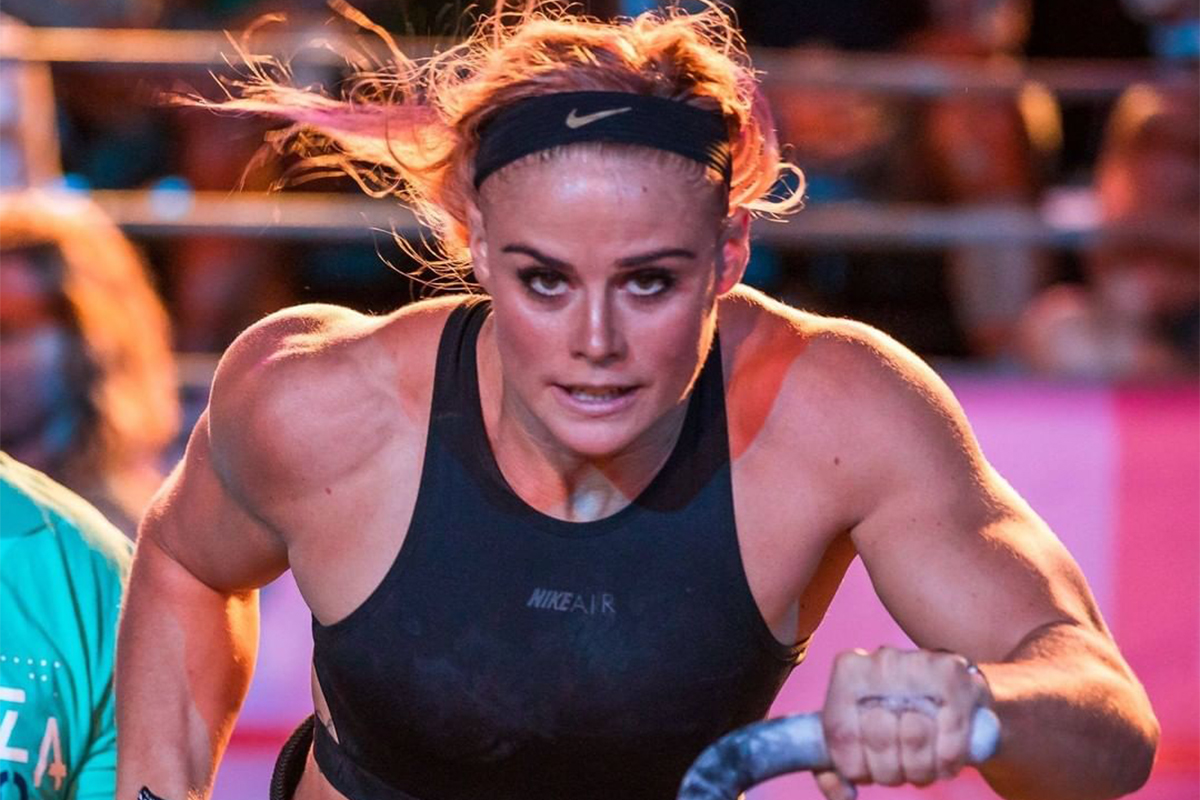 If the opening day of Wodapalooza is a gauge of what the next three days of competition will be like then we are in for some excitement. The day featured the next chapter of a much-anticipated match-up in the women’s division, not one but two Mayhem teams putting on a show and a men’s leaderboard that is volatile as the South Florida weather.

You can’t help but wonder what Travis William’s intentions were when he decided to compete as an individual at Wodapalooza. His team Misfit Pro10 Performance accepted their invitation to the 2020 CrossFit Games after winning at the Dubai CrossFit Championship but now he finds himself atop the leaderboard after a wild evening at Miami’s Bayfront Park.

Event two promised excitement and it delivered, the appropriately named event, “Miami Heat,” was a version of the elimination-style event that was first seen at the Brazil CrossFit Championship last season. Featuring a 2:00 minute time cap, each athlete would complete 30 calories on an Assault Bike then complete a 30-foot overhead barbell lunge to the finish line. The weight on the barbell would increase each round as the field was cut down to 20 athletes in round two to 10 in the final round.

However the Miami weather would have something to say about that. The evening rain picked up right before the final round, causing a small delay, as event organizers and the athletes decided how to proceed. For safety reasons, the overhead lunges were changed to front rack lunges.

In true William’s fashion, he went “full-send” in each round in a workout that fit his aggressive style. Williams finished second in the event behind Josh Gervais, and coupled with his fourth-place finish in event one, gave him a six-point lead over Cole Sager at the end of day one.

Much has been said and discussed of the match-up between Tia-Clair Toomey and Sara Sigmundsdottir in a stacked women’s division. It has been compared to a heavyweight fight and day one did not disappoint.

Toomey dominated the opening event “Luce” finishing nearly a minute ahead of second-place  Kari Pearce with a time of 21:49. Sigmundsdottir was third in the event not far behind Pearce.

Sigmundsdottir had the look of determination on her face and fire in her eyes as she awaited for event two to start. She won all three rounds including a dominating final round where she beat her closest competitor Amanda Barnhart off the bike by ten seconds. She wasted no movement in getting the 150 lb barbell overhead and lunged all the way to finish without breaking or misstepping.

Barnhart finished second followed by Toomey in third. The finishes put Toomey and Sigmundsdottir in a tie with 188 points apiece heading into day two.

Mayhem Freedom sits in a familiar position atop the leaderboard but have a number of teams looking to unseat them. The “other” Mayhem team is the early favorite. Mayhem Independence sits in second just 18 points behind the four-time Fittest Team on Earth.

Independence was Freedom’s equal in event two as they tied Rich Froning’s team for the event win. Independence, looking for the Games invitation, placed sixth in event one.

On tap for day two: Three events are scheduled for both individuals and teams in the first day of full competition.

Jun 12 by Mark Agnew
Your Coffee is ready.