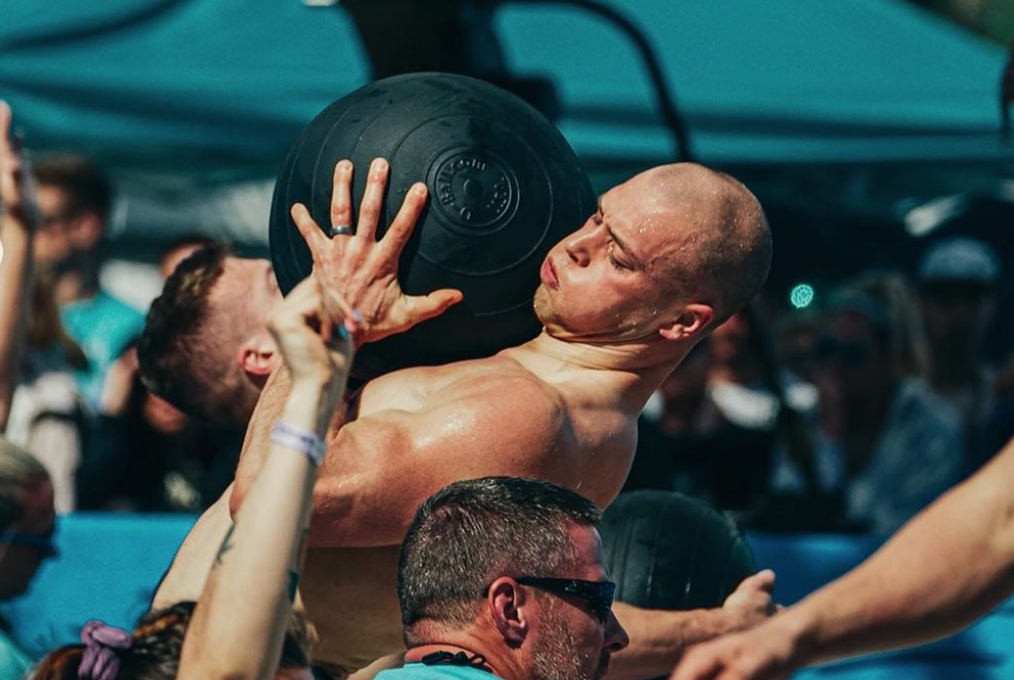 It was “moving day” on day three of the Wodapalooza CrossFit Festival on Saturday at Bayfront Park, Miami. Individuals and teams jockeyed for position on the podium, the huge prize purse and the 2020 CrossFit Games invitation.

The leaderboard, at the conclusion of the day, revealed a new frontrunner in both the men’s and women’s divisions. On the team side, a familiar name stood atop the standings, but they have challengers gaining on them.

Noah Ohlsen started the day by hyping up the Miami crowd at the Bayside Stage, beating out the Panchik twins and Cole Sager in “Shark Bait.” Saxon and Spencer Panchik finished the event in second and fourth respectively, as the brothers battle it out for the Games invitation. Sager looked poised, as he cycled through his final pistols and DBall cleans to take third in the event, moving him into first place by midday.

The final workout of the day was “Nine Lives”, which was scored as two separate events. Sager once again displayed his consistency, finishing second in the first part and seventh in part two. This extended his lead to 64 points over Patrick Vellner who struggled in the second part of the workout finishing 19th.

Tia-Clair Toomey took over the top spot on the leaderboard with a statement win in “Shark Bait,” finishing more than a minute faster than Kendall Vincelette, who set the time to beat in the previous heat. Sigmundsdottir took tenth in the event, dropping her into second on the leaderboard by 34 points heading into event six.

Sigmundsdottir placed second in both parts of “Nine Lives” as Toomey recorded two fourth-place finishes, cutting into her lead. At the end of day three, Sigmundsdottir sits 16 points behind the three-time “Fittest Woman on Earth”, setting up what should be an exciting race for the Wodapalooza title.

Mayhem Freedom stayed in the driver’s seat throughout “Shark Bait,” holding off Team GOWOD by 12 seconds. The Freedom women, Chyna Cho and Tasia Percevecz, made short work of the post-swim pistols and DBall cleans. In the race for the Games invitation, Team Victory Grips finished the event one place ahead of Mayhem Independence, taking fourth and fifth respectively. On the overall leaderboard, Victory Grips maintained a 5-point lead over Independence, heading into the final event of the day.

The team version of “Nine Lives” again came down to a battle between Mayhem Freedom and GOWOD. The team of CrossFit OC3 Black holdovers Taylor Williamson, Andrea Nisler, Luke Schafer with the addition of Streat Hoerner held off Freedom for the event win, their third of the competition.

Freedom finished second to maintain the overall lead over GOWOD but by just two points heading into the final day of competition.

On tap for the final day of competition: Two final events are scheduled for both individuals and teams.

The Overall Top 10 After Day 3