In January 2012, Wesley Hamilton was shot multiple times in the abdomen, suffering injuries that left him a paraplegic.

In November 2018, Hamilton met the man who shot him and thanked him on national television.

One big thing: In the aftermath of the shooting, Hamilton founded a non-profit organization, Disabled But Not Really, that provides fitness and nutrition scholarships to those with a physical disability. Several of the scholarship recipients have gone on to become regular members of the gym with which he’s been partnered. Now, Hamilton is turning his attention to the disabled black community and is in the process of raising money to build his own gym for adaptive athletes.

Hamilton’s story: Hamilton grew up in east Kansas City, MO, in an area where both poverty and crime are high. His parents were separated and he and his two siblings were raised by their single mom.

This also meant fitness and quality nutrition were nowhere to be seen. “Soul food. That’s what we ate. But I think we should just call it food because it’s the only food we knew,” he said. By the time he was in his early 20s, Hamilton was overweight, weighing 250 pounds at five-foot-four.

The fateful night: Hamilton was out with some friends when he and his girlfriend at the time got into an altercation.

At the time, Hamilton had just gained full custody over his young daughter, so there he was, a full-time father, recently paralyzed and about to undergo six surgeries in the upcoming months, overweight and totally lost about what to do next.

After hitting rock bottom, Hamilton turned to his doctor and asked, “What can I do to take control of my life?”

His doctor suggested he drink Ensure. His reaction: “I’m trying to figure out my identity and where to go and you’re giving me a drink my grandma might drink?” Instead, Hamilton turned to a local community college and enrolled in a dietitian program.

The transformation: Three years after becoming a paraplegic, Hamilton had lost 100 pounds.

He took to social media and posted a picture of himself with a hashtag that described how he was feeling: #disabledbutnotreally.

But first, he needed to get fit. Hamilton stumbled across adaptive powerlifting and CrossFit and was immediately sold: “All of a sudden I’m not even thinking about the fact that I can’t use my legs anymore because I found myself doing things I couldn’t do before,” said Hamilton.

Hamilton’s message: Take accountability of your life and your health. This is what he hopes he can do through Disabled But Not Really.

And he’s hoping that through health and nutrition, young men like him will become products of a very different environment that he experienced growing up. He’s turning his attention to the disabled black community and is in the process of raising money to build a gym for adaptive athletes.

Donate here: Disabled But Not Really 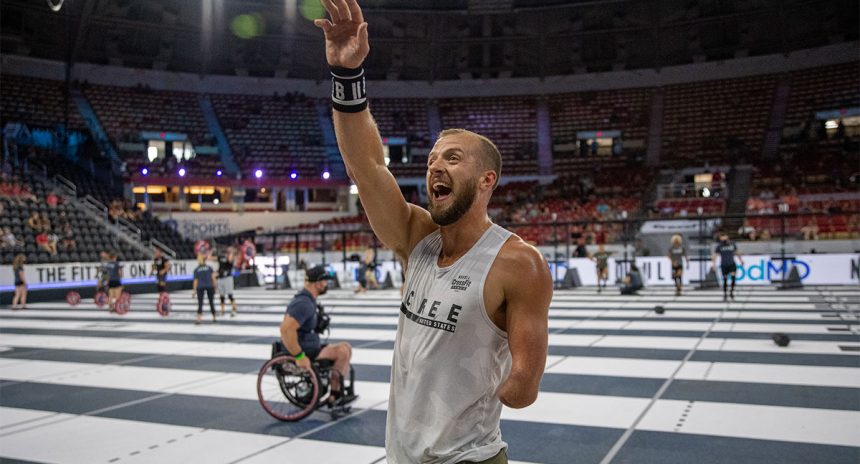