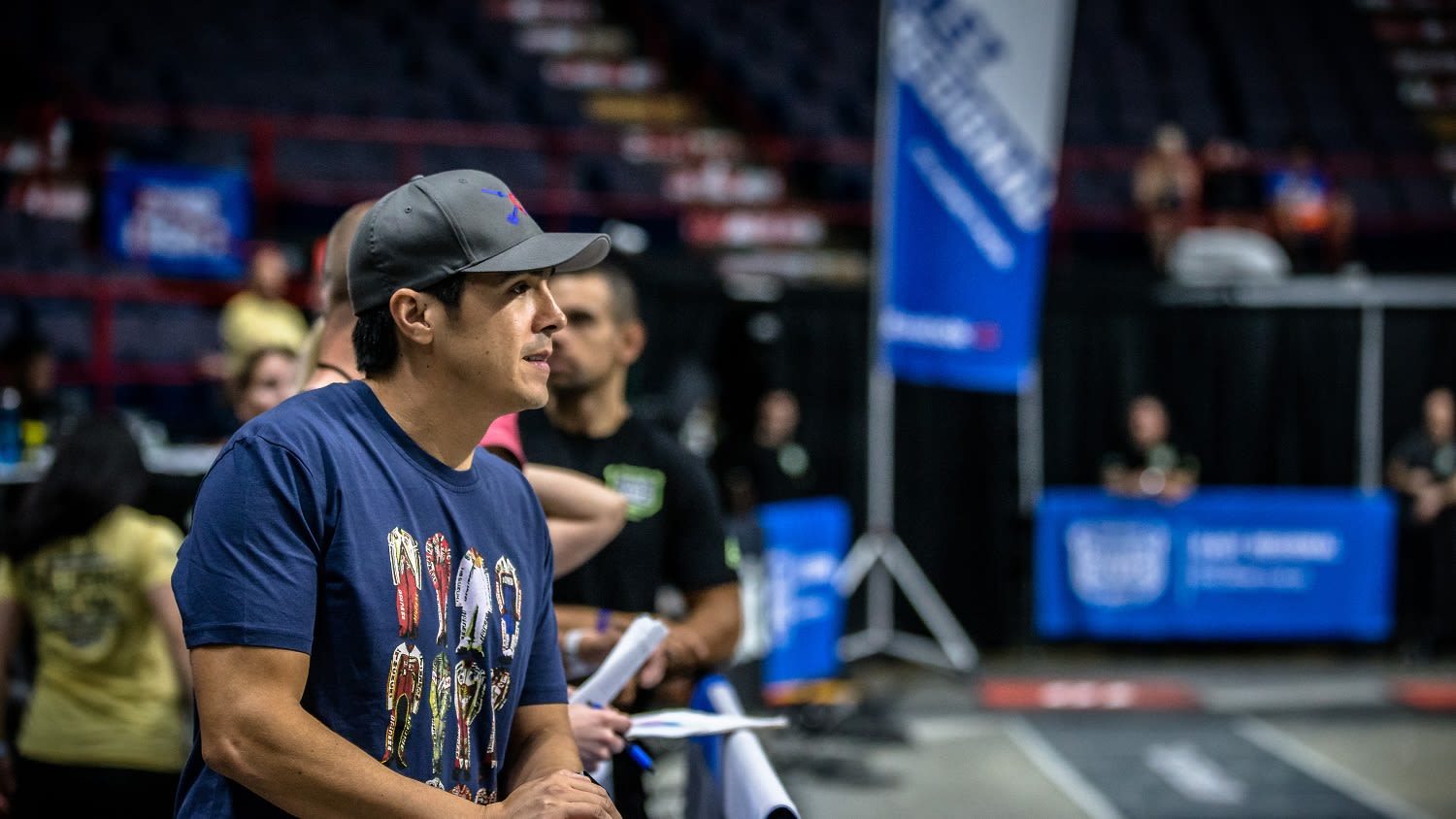 Photo Credit: Reebok (https://www.reebok.com/us/blog/301945)
Enjoying Morning Chalk Up? Help to ensure that we can continue to be an independent voice for the community and sport we love by supporting our journalism today.
Support Our Journalism

A few days removed from the first ever online stage of the CrossFit Games final, Director of Sport, Dave Castro joined the Talking Elite Fitness podcast to reflect on the weekend’s competition and the effort by his team, as well as the current status of the sport moving forward.

One big thing: Castro appeared on the podcast nearly three months ago amidst a charged socio-political landscape within the CrossFit community and company, and the difference in demeanor and outlook was evident.

Fairness comes first: The biggest driving factor for all of the decisions made surrounding stage one logistics and format was the fairness of whatever test and format was going to be laid out for the athletes competing.

Results driven: Castro provided some insight into his reflections on how the programming played out and how some of the top performances stacked up when compared to his expectations.

Negative is positive: Being the Director of Sport and main programmer for the Games means that Castro is no stranger to criticism or naysayers, but when asked about those who might question the validity of the test, he was open-minded about critics’ place in the sport and the opposing opinions about the test.

Looking forward: Castro wasn’t coy about what fans of the sport can expect for stage two of the Games in Aromas and expressed some excitement about the sport beyond October. While he wouldn’t give away much in terms of details, he did express some of his thought process behind the early plans for next season.