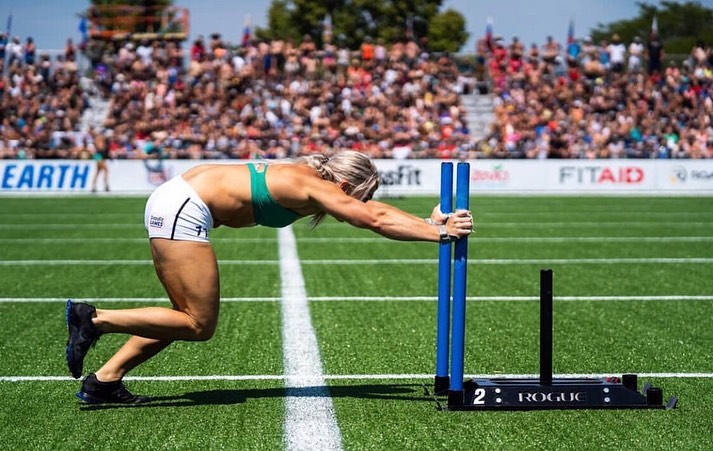 Say what you want about social media, but for Kelsey Kiel and Colleen Fotsch, it became a gateway to an unexpected opportunity. Best known for their achievements in CrossFit, the two women were scouted by the USA Bobsled Team to try their hand at the Olympic sport. They are currently training at the Olympic Training Center in Lake Placid, NY.

One big thing: Kiel and Fotsch are keeping things in perspective and continuing their CrossFit training during Olympic quarantine. Both will bring their fitness to the bobsled track in the coming weeks.

Athletes, including Kiel and Fotsch, are arriving at the training center in waves and will eventually work out in pods once they complete their mandatory quarantines. While they will be working out with the coaches for the team, both athletes will also retain their current coaches with some modifications to their normal CrossFit style training.

A former collegiate swimmer, Fotsch is no stranger to shorter, explosive style workouts, but has been an elite CrossFit athlete since her first appearance at Regionals in 2014. Fotsch competed at the CrossFit Games in 2017 and as an Individual in 2019.

The same can be said for Kiel who played soccer before she found CrossFit. She made her debut in 2016 at the East Regional and competed on a team at the CrossFit Games in 2016, 2018, and 2019.

Prior to making the move to the Olympic Training Center, Kiel had the opportunity to train with 3x Olympic Bobsled athlete Kaillie Humphreys in California. When asked about the week of training, Kiel said, “I zipped my lips and just listened for a week and it was really good. I just let her talk. She’s been doing this for 16 years so I was just able to soak in as much as I could.”

While there are a lot of unknowns on the journey to the Olympics for both athletes, some checkpoints they can look forward to are two team trails in November in Lake Placid, NY before Thanksgiving and two team trials in Park City, UT in December. These trials act as tryouts for the teams that could eventually compete at the Olympics.