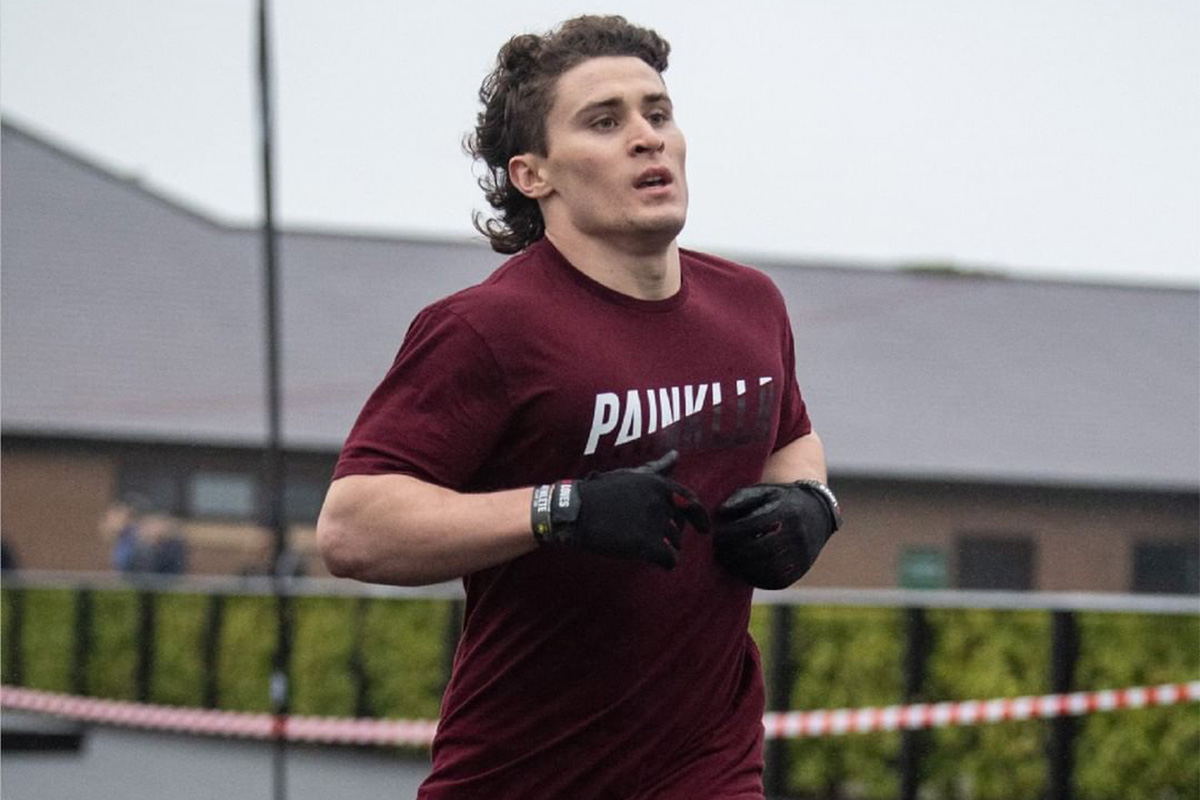 Once you see Justin Medeiros compete it’s hard to forget him.

The mullet sporting college student has been one of the biggest breakthrough stars of the 2020 season, earning his way to the Games by winning the opening Sanctional of the season, and securing his spot in the final five in stage one.

The thing is, not many people saw him coming in stage one, even after he beat 13 current and former Games athletes at the Filthy 150 in Ireland roughly 10 months ago. Few will miss him going forward as he’s already earned himself rookie of the year honors, but the magnitude of his performance extends well beyond the leaderboard.

One big thing: Back in 2018 I wrote an article that included Medeiros as an athlete to watch for the season that could surprise some people as a young up-and-comer. Looking back at Medeiros’ competitive career so far, he might have become a household name much sooner had it not been for a few bad breaks.

Bouncing back stronger: Clearly the adversity and near misses over the course of the past four seasons only added fuel to the fire, as Medeiros was able to finally earn his coveted Games spot in Ireland. But the resiliency earned through his hardships on the competition floor would pay dividends even after earning his Games ticket.

Pressure builds diamonds: After losing a loved one that was so integral to his life, no one would have blamed Justin Medeiros if he chose to step away from training or if his effort at the Games became secondary while he went through the grieving process.

But that’s not what happened.

Instead, Medeiros doubled down and chose to honor his late grandfather through his performances in stage one, crushing the weekend (including this epic PR) and getting to hear his name called in the top five surrounded by his family and friends.

The bottom line: At 21 years-old Justin Medeiros has a bright future ahead of him in the sport of fitness. What’s waiting for him in Dave Castro’s backyard in a couple weeks will be the biggest test of his career yet.

But given what he’s be able to battle through so far, a little dust at the Ranch won’t hurt.