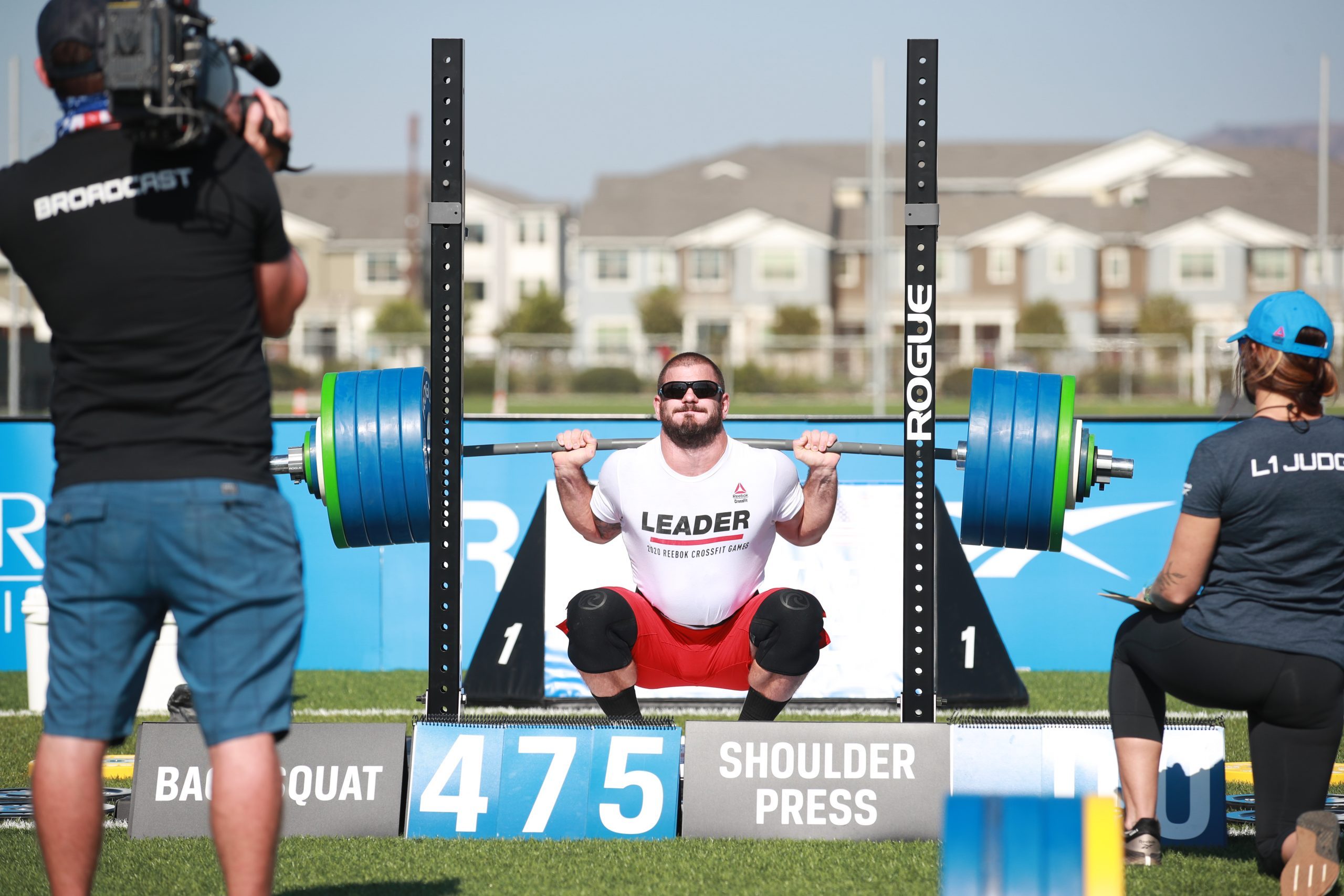 Day 1 was Deja Vu at the Ranch. The first event, “2007 Reload,” paid homage to the original CrossFit Games opening event, which featured a 1,000-meter row into 5 rounds of 25 pull-ups and 7 push jerks at 135 pounds for the men and 85 pounds for the women. The 2020 version of this event increased the difficulty by adding 500 meters to the row, scaled up bar muscle-ups from pull-ups, and nearly doubled the weight on the barbell.

One big thing: In a strange coincidence, Mat Fraser crossed the finish line in 13:07 to tie the original winner of the Hopper workout, Brett Marshall, from 2007. Fraser’s tie with Marshall shows the immense amount of progress that Games athletes have made at the top levels in the past 13 years. However, it was not the only test that athletes would repeat on the first day.

2007 Reload: While Fraser’s 13:07 finish demonstrated the immense strides in fitness that these athletes have made over the past 13 years, it wasn’t the only marker that demonstrated this.

The Cornsack Sprint: This year, we saw the athletes once again take on the dreaded hill sprint at the Ranch. While the weight might have been lighter in this iteration, the distance nearly doubled. In looking at the numbers, it seems that the athletes who took on the workout today knew that the distance would be their downfall if they came out too hot. In both the women’s and the men’s categories, the split times were significantly slower than the 2009 event finishes even with lighter sandbags.

It is important to take into consideration the difficulty of the remaining terrain beyond the 170-meter marker set back in 2009. The increasingly steep hill and the bottleneck at the top towards the finish line make it so that this workout isn’t simply almost double what the athletes in 2009 did. If the athletes of 2009 were forced to perform this workout, it would be unlikely that they would be able to hold the same pace as they hit the steep hill at the top.

The Handstand Sprint: In 2016, we saw a 280-foot handstand walk. Today, the distance increased by 20 feet, but the times didn’t slow down.

The big picture: It’s clear that CrossFit has come a long way since 2007. Not only are the athletes who walked into the Ranch this weekend bigger, faster, and stronger than the athletes of 2007, the game itself has changed entirely. We’re seeing heavier, harder, and more technical workouts. And yet, despite these challenges, the athletes are still managing to keep up. Across the course of the entire first day, the workouts gave us a near 75% increase in weight and almost double the distance on one event. The question for the rest of the week will be, how can Dave Castro continue to challenge these athletes, and what tests of fitness will truly find not just the Fittest on Earth currently, but the fittest person to date.